Inside-out: How a nationally known interior stylist and her dedicated DIY-er husband took it outside to add a circular patio in their backyard 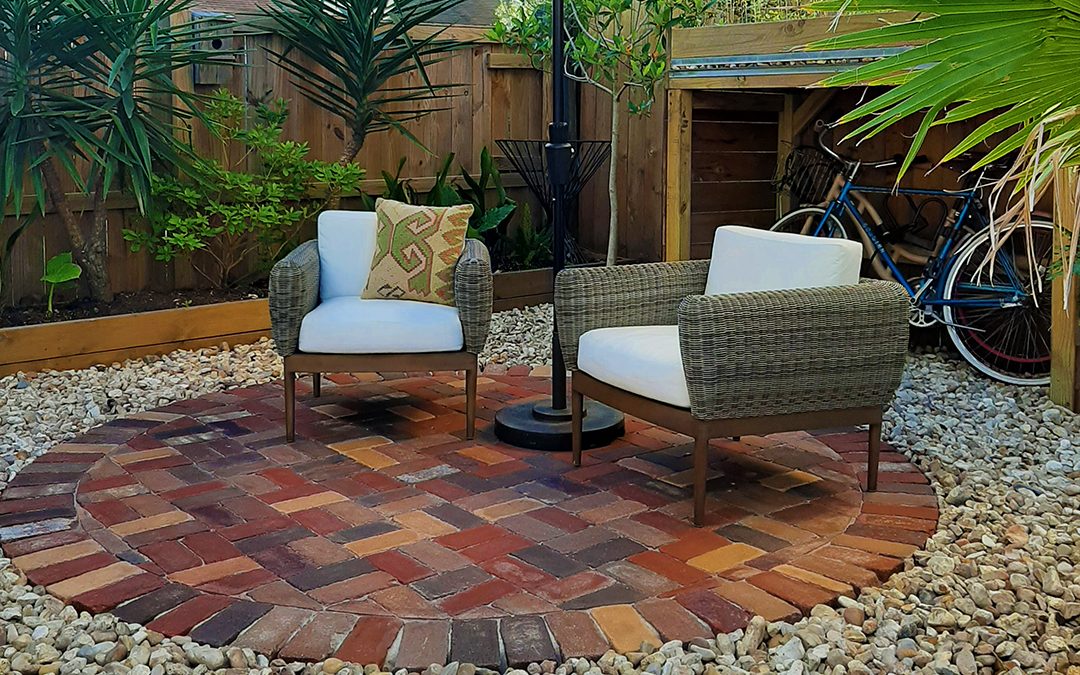 The couple used Pine Hall Brick Company’s new but old-looking Rumbled Madrid pavers and their own skill to build a circular patio for their home in New Orleans.

Liz Kamarul is known for her design sense.  She’s a professional home stager and a muralist with a serious addiction to thrift shopping, where a vase, or a chair, or a bolt of fabric will find its way into one of her interiors.

Kamarul and her husband Tim, a graphic designer and DIY enthusiast, are serious about changing the insides of wherever they are, whether rooms, apartments, houses or even motor homes, and having their projects featured in shelter magazines. 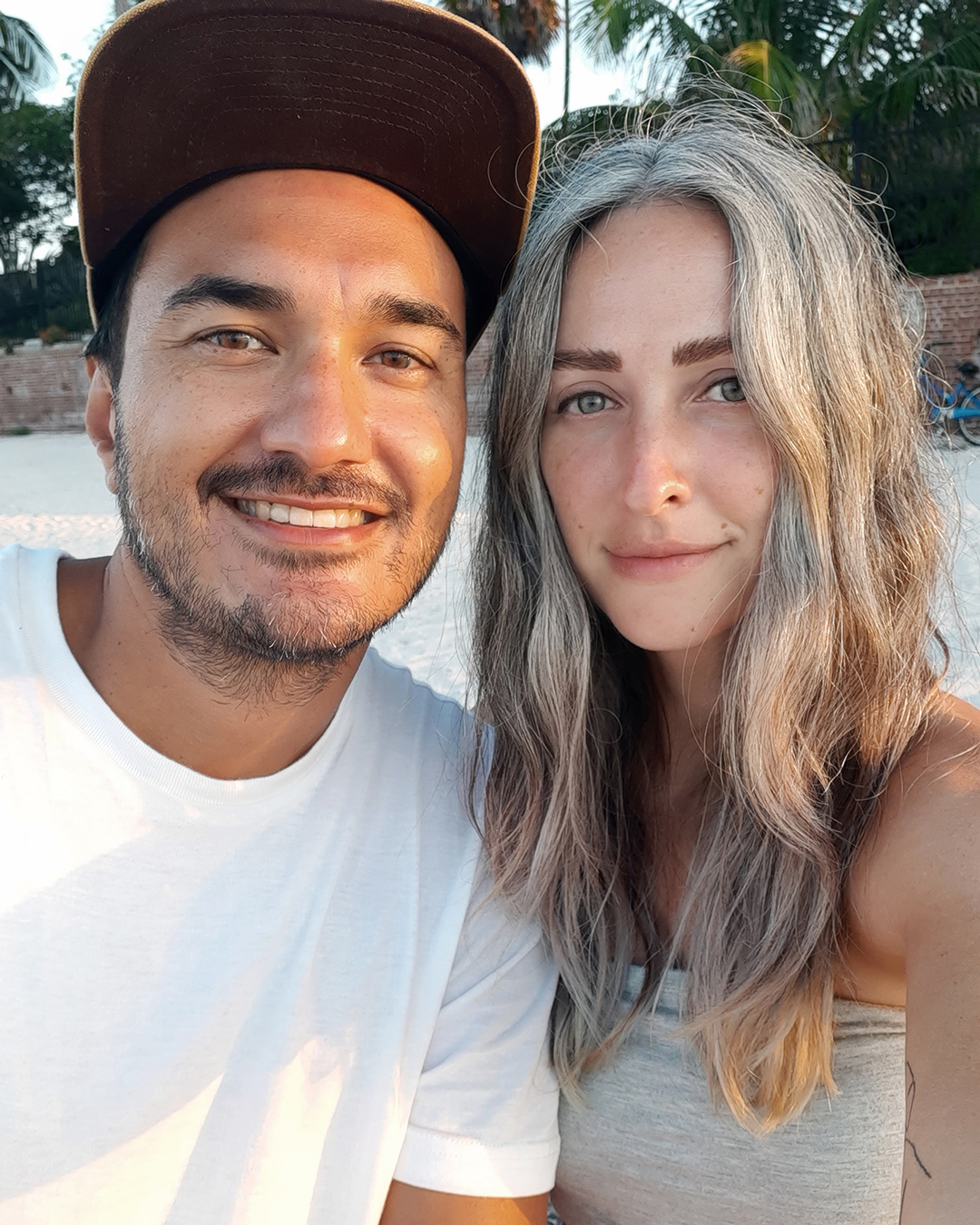 Liz’s website says that after earning degrees from the University of Idaho in clothing design and interior design, she spent years traveling around the country and the world, where she found both artistic inspiration and her husband, as it turns out.

The two spent three years in Portland, Oregon, where they bought their first home.  You can see a home tour of their space in Portland at The Jungalow, a story about how they renovated the dining room at Design Sponge or listen to a podcast interview with Little Yellow Couch where she talks more about their home, design and DIY.

Not content with a home or apartment that just stands there, in one place, Liz and Tim renovated a 1982 Winnebago in 2017 and took to the open road with their two dogs Cudi and Bo. 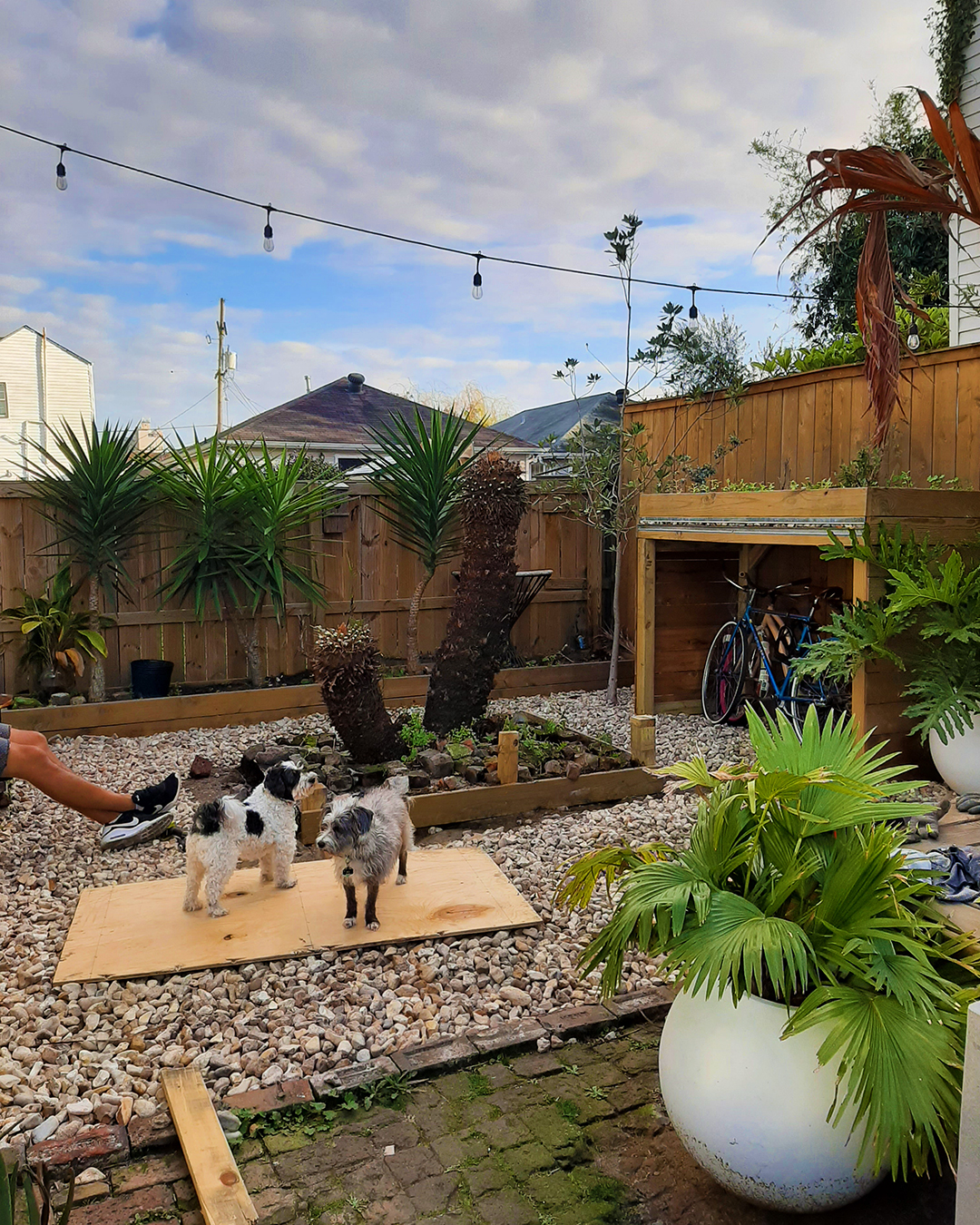 (There’s more about the RV in Dwell, a home tour of the RV at Apartment Therapy and listen to a podcast interview for Flea Style where she talks more about the adventure.)

Her website describes how in their travels, and Liz explains how they fell in love with New Orleans and decided to stay there. You can see their rental apartment on Design Sponge and a feature of their living room on Architectural Digest. See more at Domino about her painted floors, DIY paint tricks and their kitchen renovation as well as Design Milk for a living room transformation.)

She currently works on brand collaborations and painting custom murals across the country, for clients who book her for work via her website. 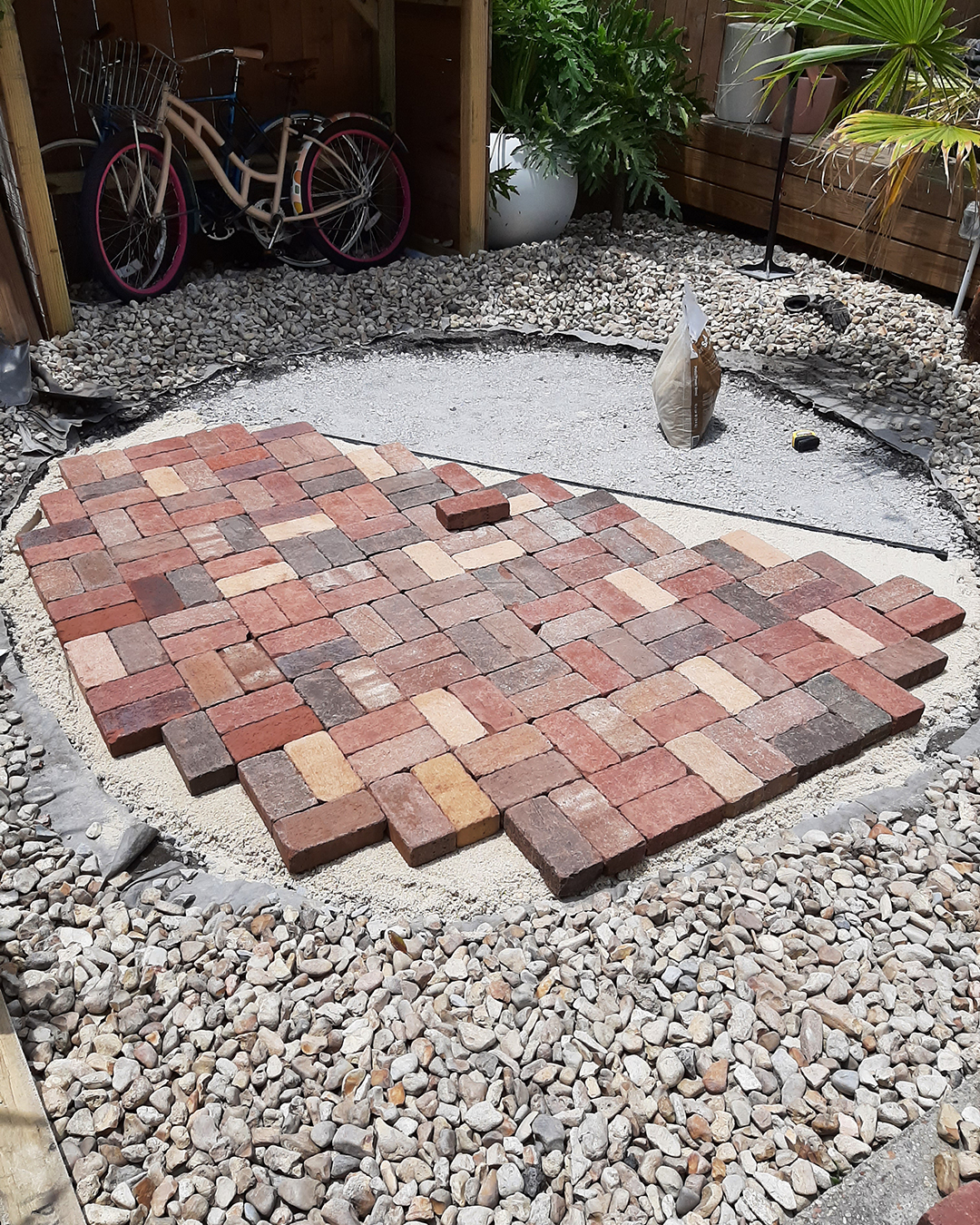 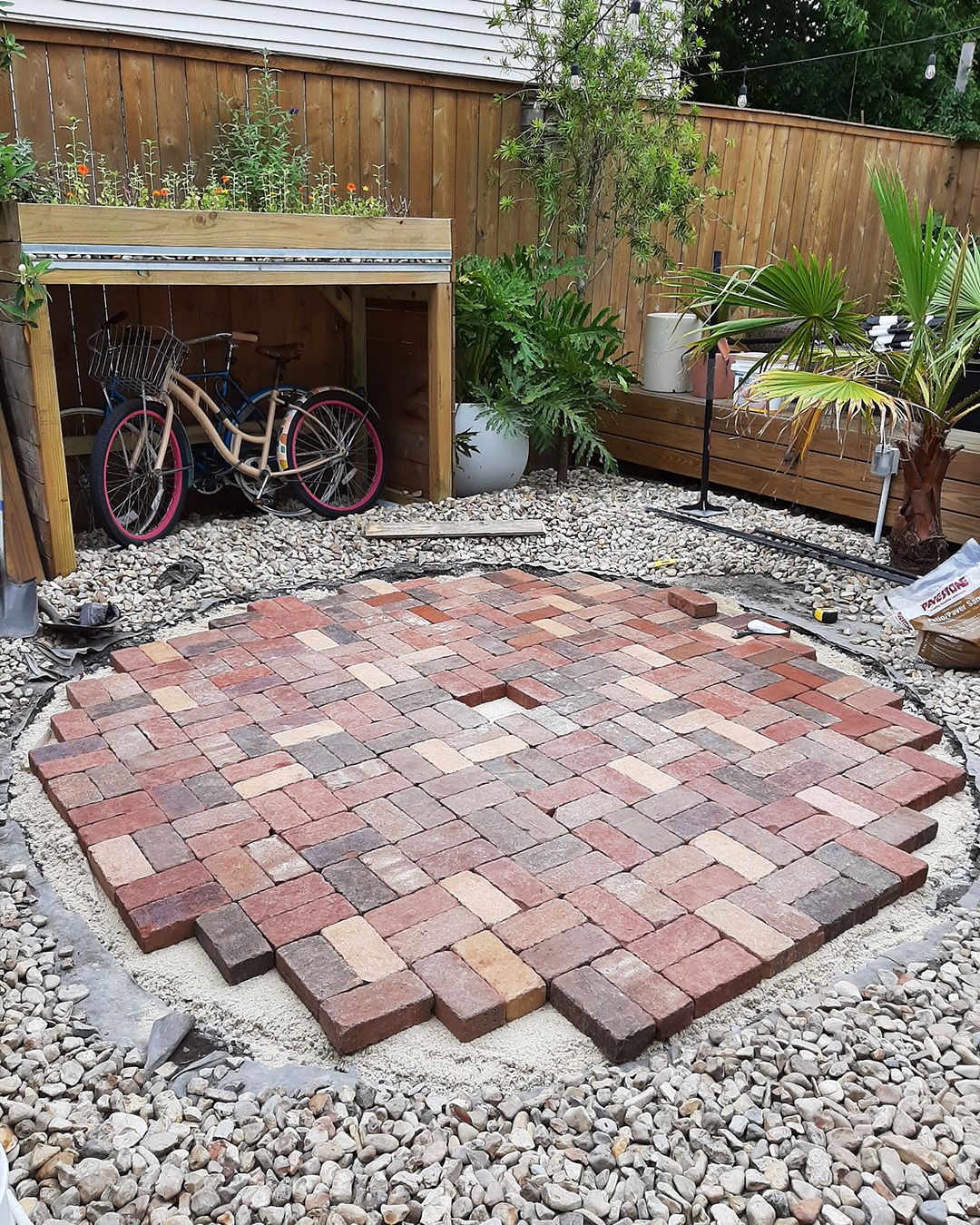 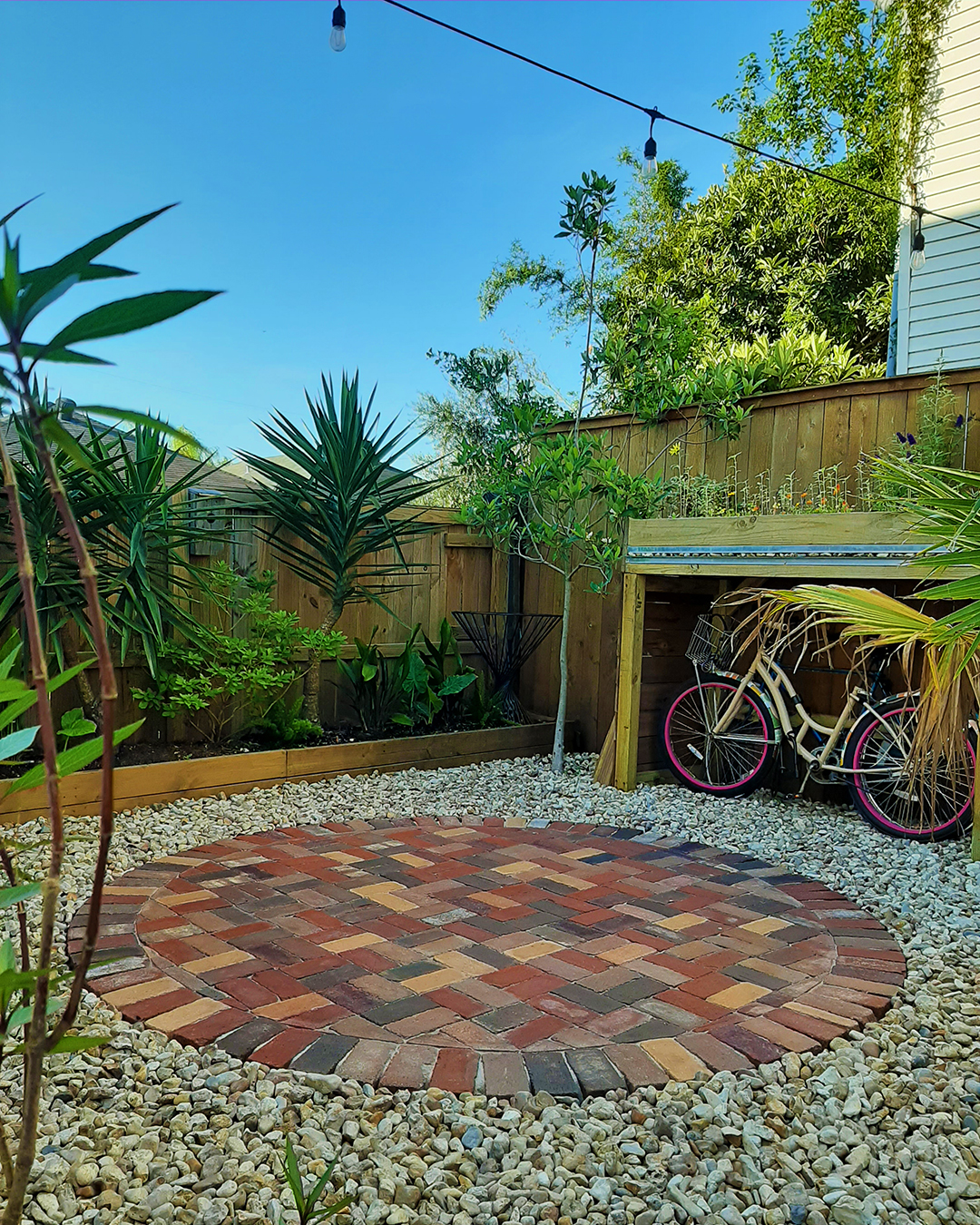 Want a patio? The conventional wisdom would be to find a brick building that is being knocked down and collect the brick.

Or better yet, find a paver that both (a) looks old and (b) comes in a range of different colors.

The Pine Hall Brick Rumbled Madrid pavers deliver on both counts. They are tumbled after firing to look like antique reclaimed pavers, even though they are new. They are also a blend of reds, rose, burgundy, dark, buff and white pavers, which makes them look even more like brick that has been reclaimed.

The benefit to a new paver is that each one is the same size as every other paver, which makes installation much easier. Secondly, modern clay pavers are more durable than any brick that started out in a wall. Ever. Clay pavers are fired longer in the kiln than are bricks used for walls (commonly called ‘face’ brick) because they have to last longer, as they are sometimes used in streets and must bear the weight of trucks and buses.

You could use them on a floor of a laundry room, say, or in a foyer, both on the floor, or on a wall as an accent or backsplash, or you could even cement them into place on a sheet of plywood that could replace the top of a table that you would find, oh, say, in a thrift store, maybe.

Last spring, Liz and Tim dug out the spot where they wanted the circular patio in their backyard, filled it in partway with crusher run and put in an inch of sand, screeded smooth between two one-inch poles. The bricks were put into place with a basketweave pattern in a rough circle.

Then, Liz tied a string to a stake in the center of the field, tied the other end to a pencil and drew a perfect circle, which is the way she paints half-circles for archways in her murals. Tim picked up one paver at a time and cut the excess with a wet saw. From the circle, Tim carefully laid a soldier course around the edge, then put in edge restraints to hold everything in place. From there, sand was swept into the joints and water was sprayed over the patio to set it.

Here’s a look at the installation:

“All done and puppy approved,” said Liz. “I’m so glad we’ve added this brick patio to our home. It’s something that could last for hundreds of years!”

Now, about those PaverTiles, Liz and Tim…