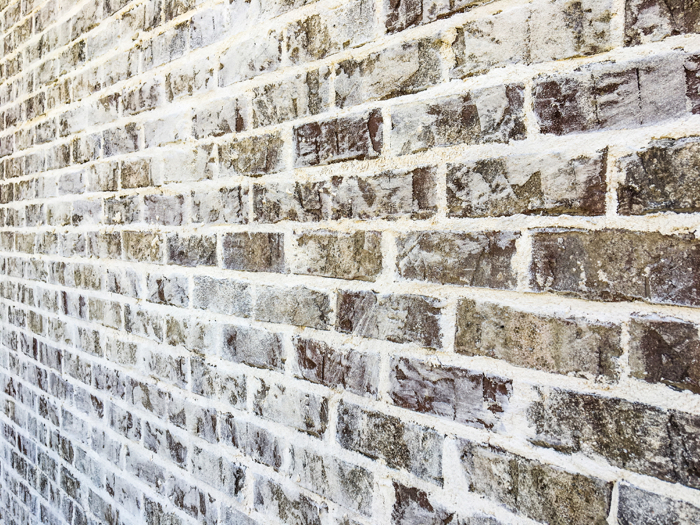 Brick is a versatile design choice with a wide range of colors and textures. Mortar choice gives you more latitude in color and overall effect. In a standard brick design, mortar makes up about 20% of the veneer. With a technique called “German smear” mortar plays a bigger role.German smear involves using mortar outside the joints and over the brick face in an artful way that suggests the look of old European cottages and manors. It’s a little bit like whitewashes brick or brick with time-worn paint. It’s one of several processes that can be used with brick. Other similar techniques are lime wash which uses lime and tint and slurry, in which the mortar is more broadly spread over the brick.

The mason lays the brick as usual and strikes the mortar joints, then comes back and uses his trowel like a brush, spreading a thin coating mortar over the brick façade. Not too much, though. The idea is to let the brick color and texture come through in most areas. When complete, the finished effect looks like a centuries-old villa. Flanders specified white mortar with washed sand, so the home has a beautiful light contrast to the darker brick. 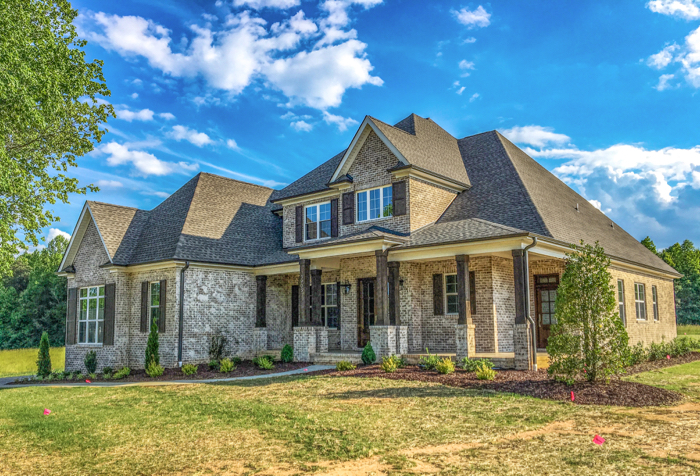 “I pretty much use brick in all of my homes because it’s a good quality product that stands the test of time,” says Flanders, owner of Builders MD. “This is the second time we’ve used German smear. I wanted to get the stately look of Old Irving Park (historic Greensboro, NC neighborhood).” 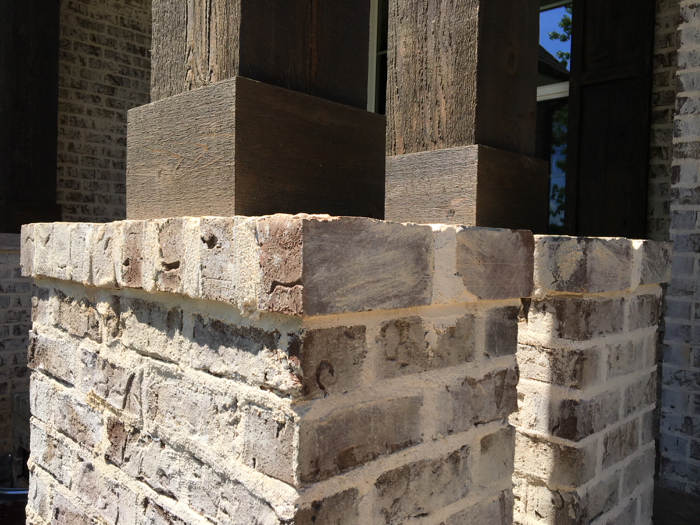 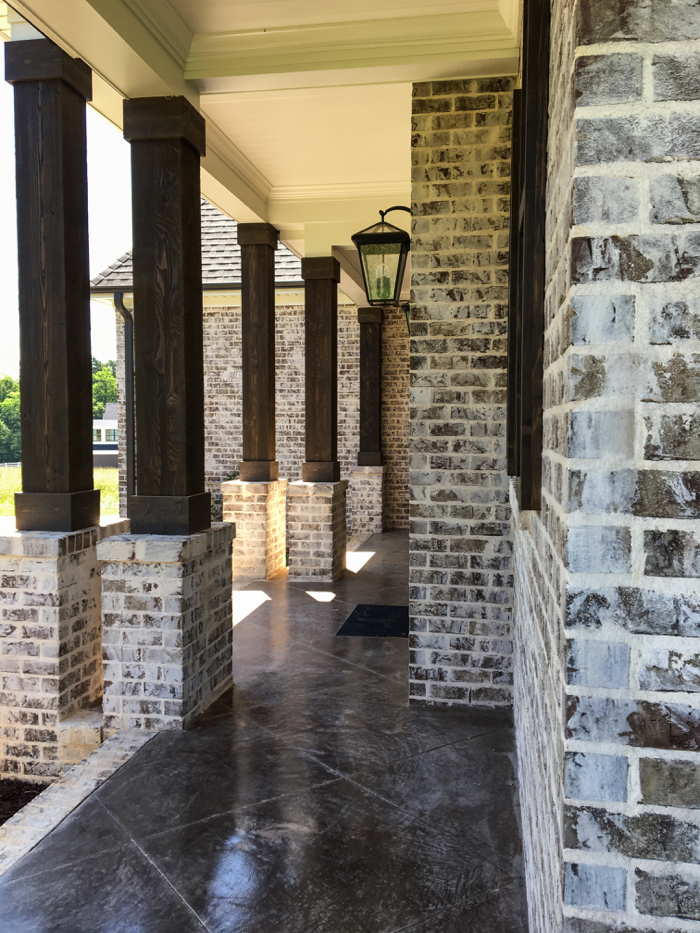 A polished concrete floor with sealant gives a high-gloss contrast to the weathered and aged look. 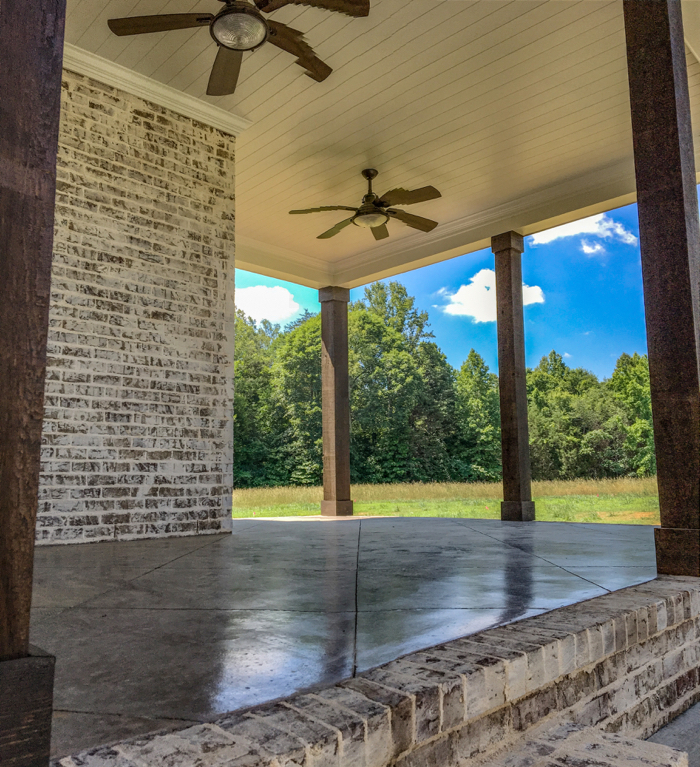 Back porch elegance and functionality.

Working with Sanchez Masonry, Flanders specified Pine Hall Brick Ashton Court. Ashton Court is from our Modern Antique line which is made to resemble non-uniform early brick with variations in color, texture and edges. A great choice for German smear, because it’s an old-world technique and the browns of Ashton Court really show through the German smear mortar.

Jose Sanchez, of Sanchez Masonry, did a masterful job creating look that stands out in the growing neighborhood, where brick is prominent. 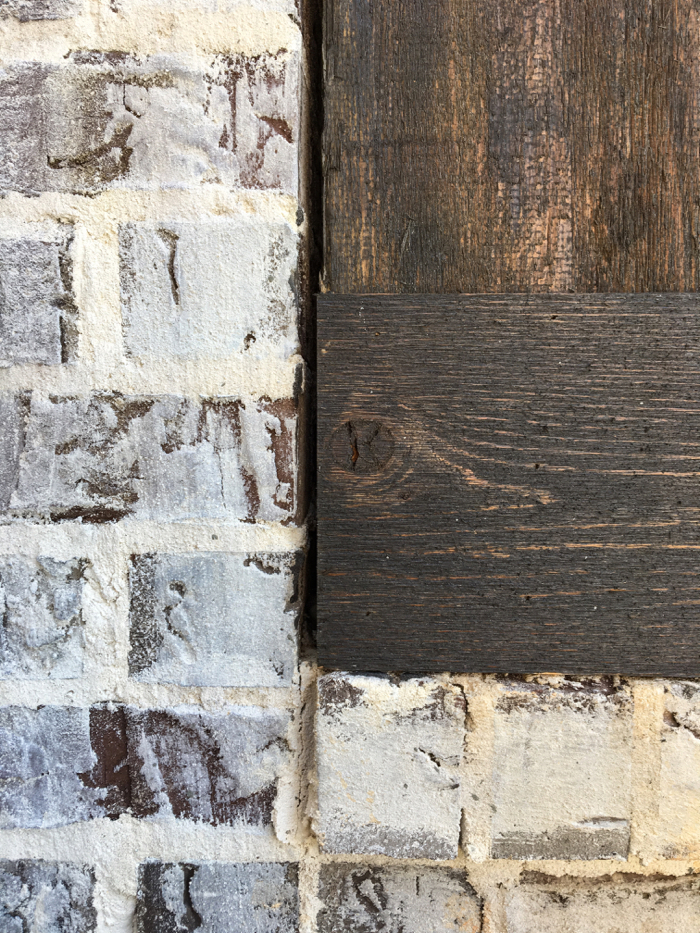 German smear with rustic wood gives a look of the European countryside. 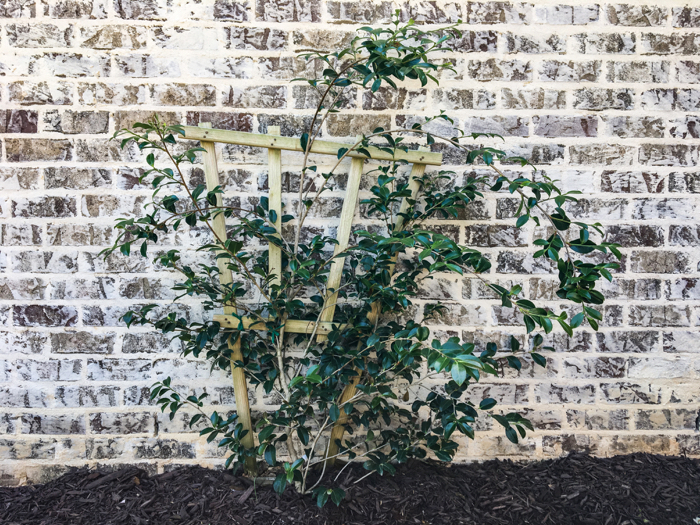 Unlike painted brick, German smear requires less upkeep. The increased texture might need a hosing off periodically, but otherwise it’s a very permanent design feature that will last as long as the brick.

Flanders’ home in Eagle Ridge fits right into the rolling farmland on a lot that includes a mature shade tree.

German smear is one more design option when you’re planning a brick home and you can get a lot of different coloring effects depending on your brick choice and mortar color. 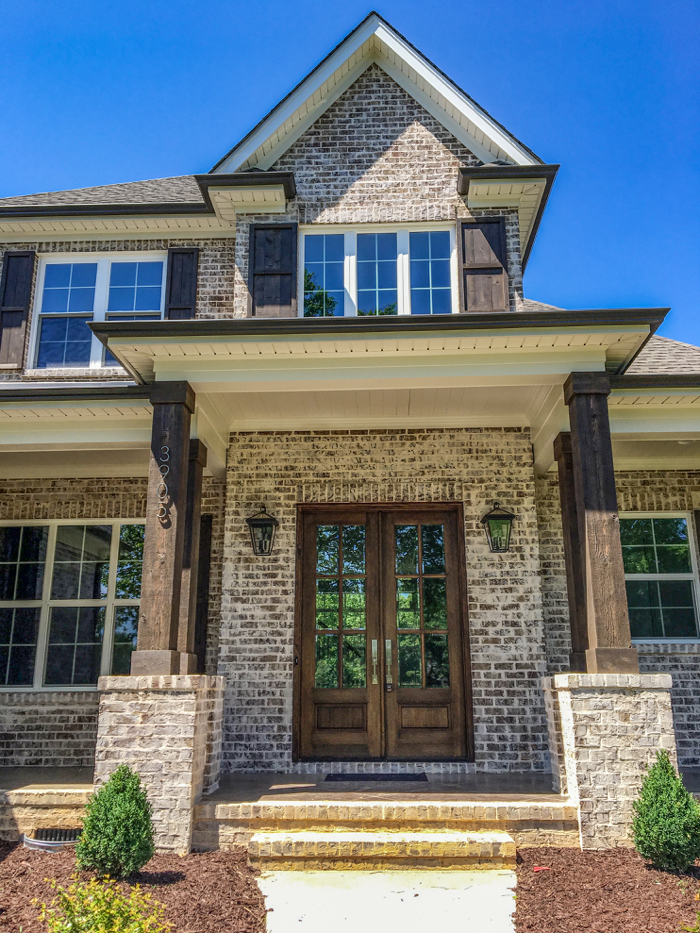 A stately entrance for a stand-out home.