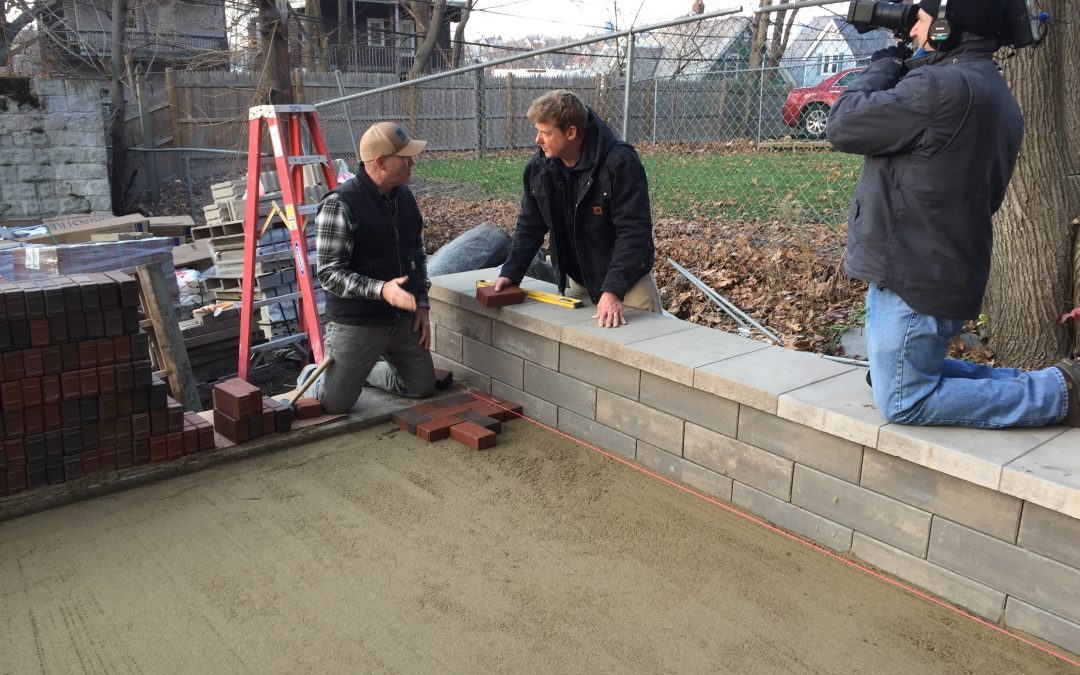 Pine Hall Brick Company pavers have always been known for their beauty.

Now, as it turns out, they’re ready for their close-up.

On April 22, PBS’s This Old House will air an episode from a project in Dorchester, Massachusetts, in which a 1905 triple-decker apartment house was rehabilitated between October 2020 and March 2021 to repair fire damage.

Behind the house, a big back yard provided a perfect spot for a 440-square-foot patio. Pine Hall Brick donated approximately 2,000 English Edge Full Range pavers, eight tons of aggregate base and two tons of sand. 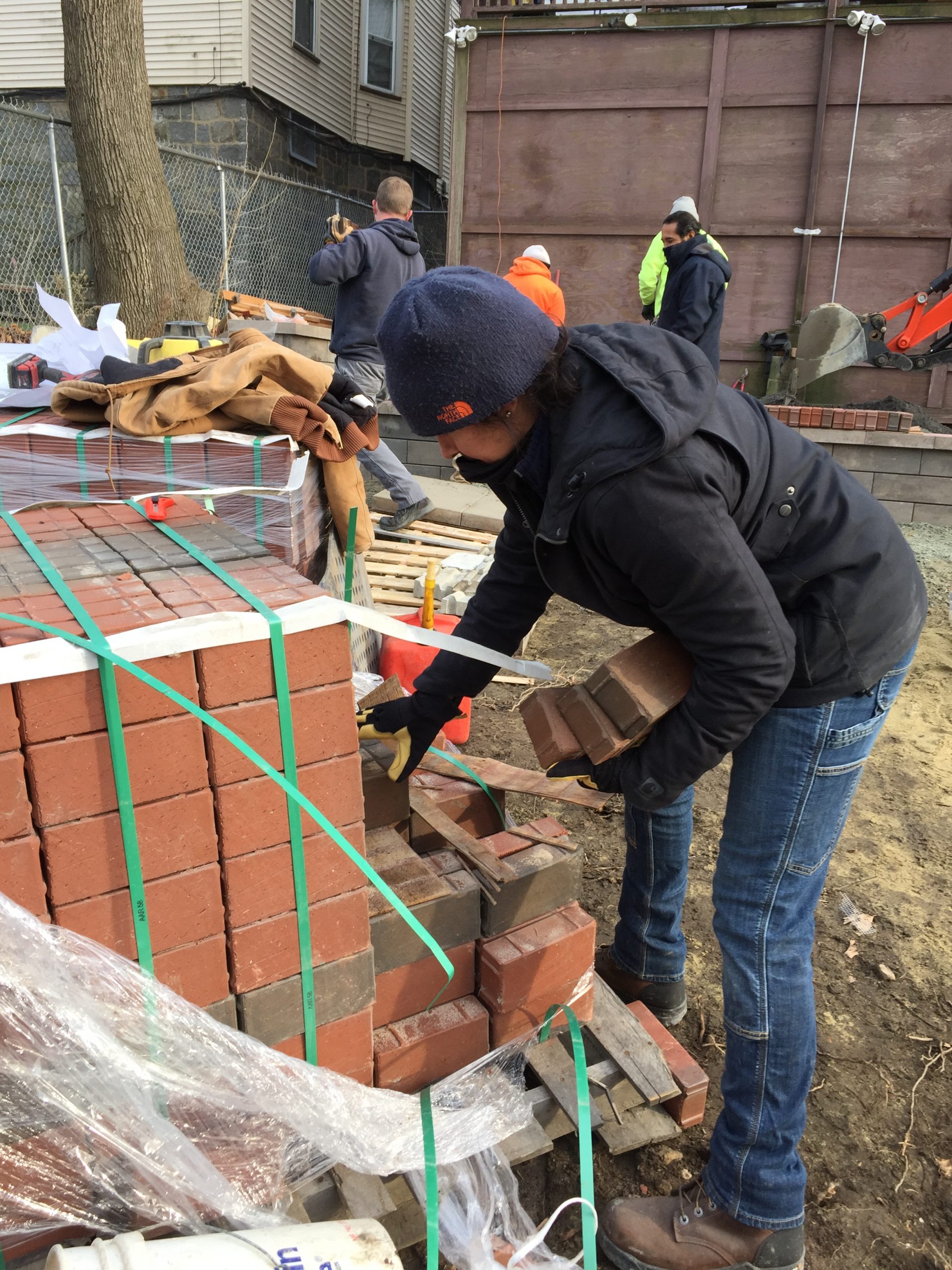 The pavers will work well, as they are engineered both to provide a place to relax in summer – and to withstand harsh New England winters as well.

The project was overseen by landscaper Jenn Nawada and mason Mark McCullough, who gathered other members of the This Old House crew to make short work of installing the pavers and a sitting wall on a cold day in December.

(Check local listings for air times. In North Carolina, This Old House is aired on PBS North Carolina at 4 p.m. on Saturdays. This episode is scheduled to air on April 24 and will be available for streaming the following day on PBS.org.) 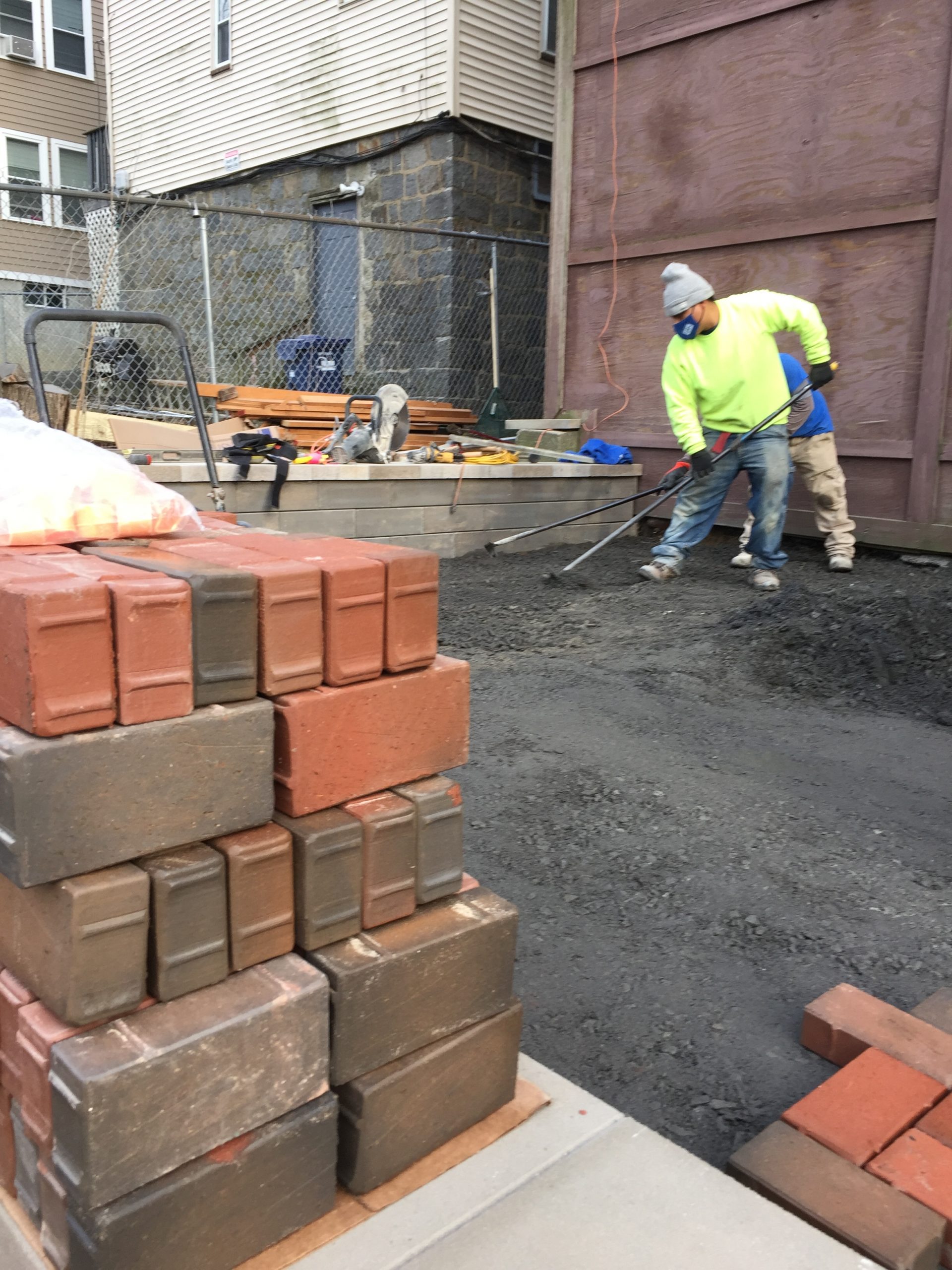 Dorchester is a return home for This Old House. The Boston neighborhood is the location of the three-decker, which is several blocks away from the home renovated in the first This Old House episode, which aired 42 years ago, in 1979.

The idea caught on, as the show has won 17 Emmy Awards and has spun off shows such as “The New Yankee Workshop,” and “Ask This Old House.” Its founder, producer Russell Morash, has become known as the “Father of How-To,” and the show has attracted not only individual shows but entire networks that imitate it.

The Dorchester three-decker was home to Carol Wideman, a retired accountant who raised her own children and foster children in the house, then shared it with her two sisters and three nephews.

In all, Wideman lived in the house for 39 years before it caught fire as the result of fireworks in the neighborhood during a July 4th celebration. No one was injured in the fire but Carol and her family were forced out of the house for over a year.

The hope is that the fire and water damage can be repaired and that the home can be restored back to its original state. The family has found housing nearby but is anxious to move back into their home.

And with the help of This Old House, and an army of companies and craftsmen and craftswomen who donated both their materials and their labor, that’ll happen. Stay tuned.