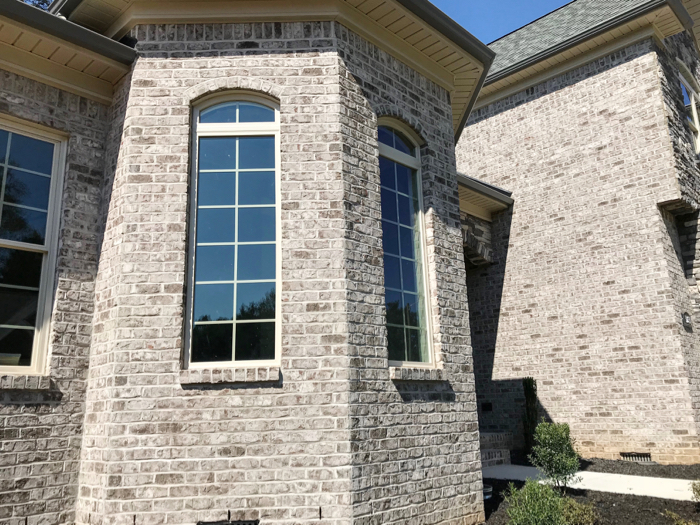 Brick making has come a long way since the 1700s. Throughout the 20th-century manufacturing technology became increasingly precise producing bricks with sharp, crisp lines and consistent dimensions. Then homeowners started wanting the look of old-weathered brick!

Good news: the same technology that turns out millions of perfect brick can also turn out millions of historically accurate “old brick” with plenty of beautifully intentional imperfections and rich color variations. 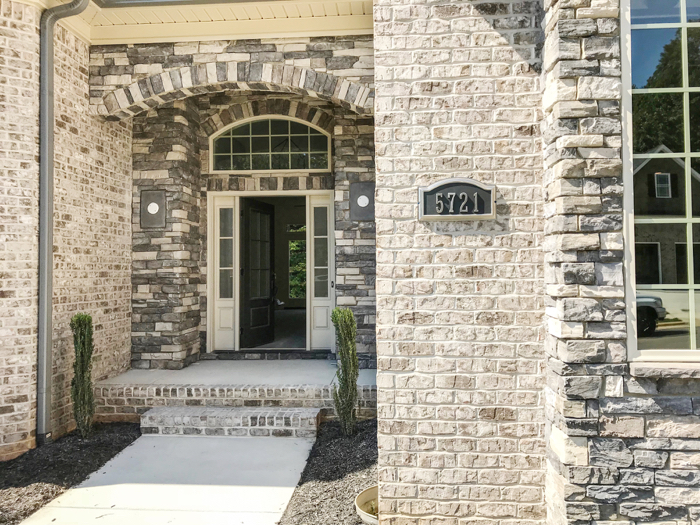 “These new introductions celebrate the authenticity of clay brick.”—Ted Corvey 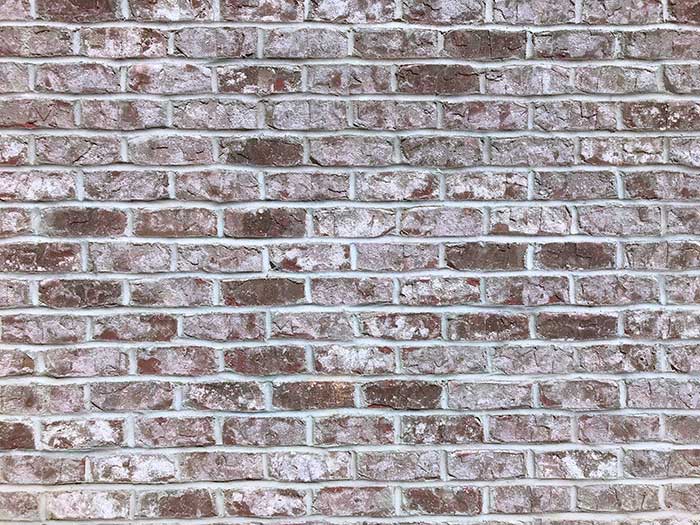 “In those days, most of the brick made was the color of the clay when it was dug out of the ground and fired in the kiln,” said Pine Hall Brick VP Sales and Marketing, Ted Corvey. “Our modern manufacturing processes mean that we can manipulate the clay and the firing process to produce a wide palette of colors. But it’s important to note that what today’s brick has in common with brick made 300 years ago is that both have a rich texture and a durability that lasts for hundreds of years.” 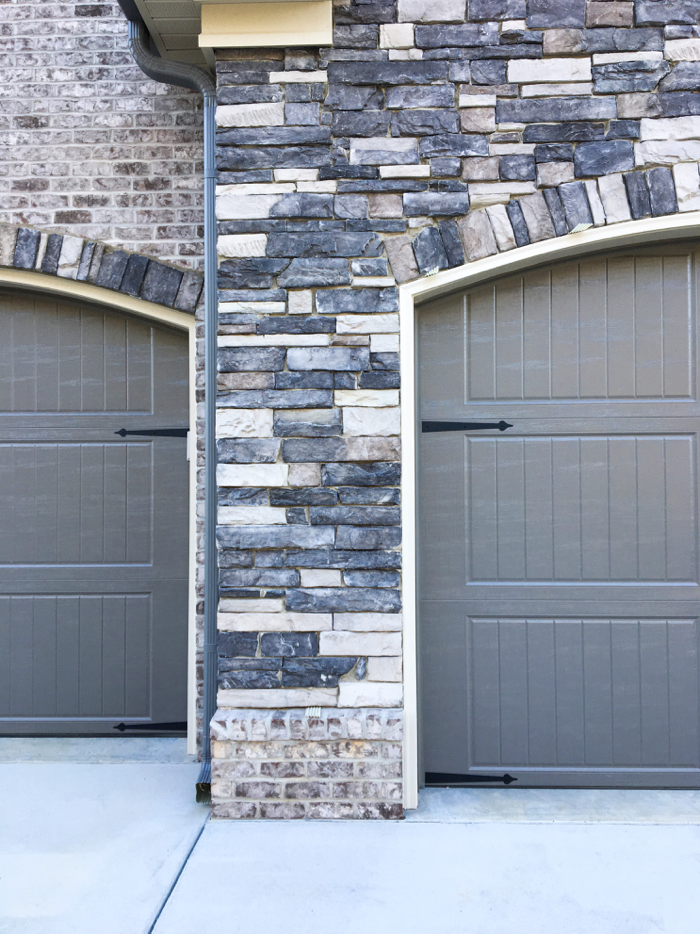 “I wanted a nice gray brick that would work well with stone,” said Mills.

Weeks House brick carries a gray base mixed with random white, brown and darker colors. The original Weeks House is a historic house museum in Greenland, New Hampshire, believed to have been built in the early 1700s.

But there’s more to this gray brick than gray. 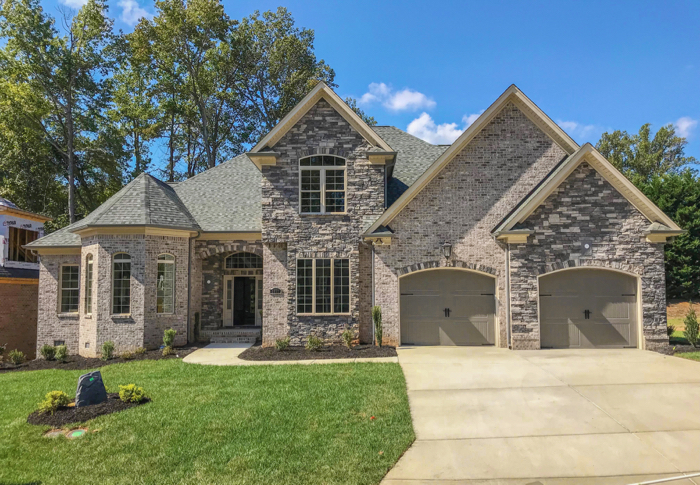 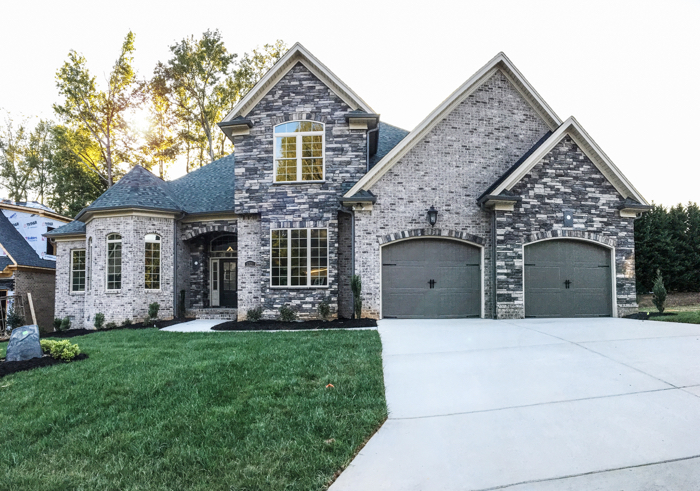 “Everything you put with brick makes the colors show up,” said Mills. “This home has a blue-green tint in the roof. It looks like two completely different houses depending on the light. It faces east and personally I like it in the evening light.” 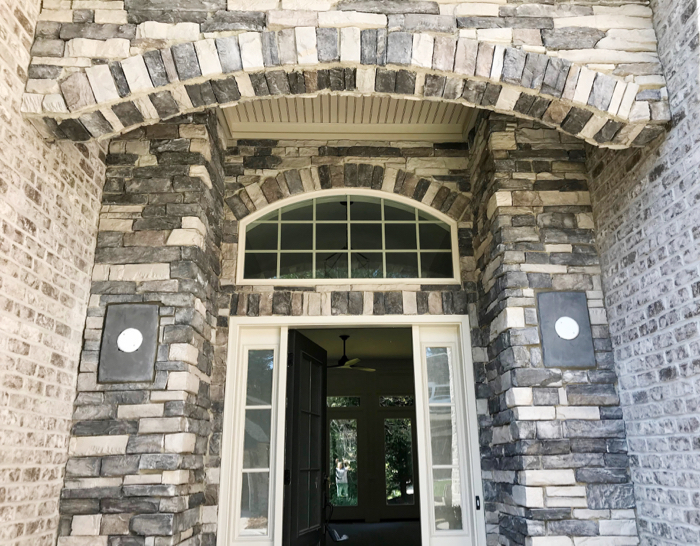 A stately entrance in the works using ledge stone with Weeks House from the Old Brick House line.

It all makes a dramatic presentation with a bay window turret, a stone-and-brick entry and overall veneer that captures the twilight as beautifully as the morning sun.

The house has a spacious floor plan that today’s homeowners expect with the durability, ease of maintenance and energy efficiency of modern brick. Up close, the exterior walls are a little more rustic, giving the home the look of an elegant country manor from a bygone era…packed with modern convenience.

The home is already attracting attention.

“We had an open house with 22 groups of people within two hours,” said Mills “We had a lot of good feedback and we’re anticipating another 800-1000 people for the Parade.”

Brick making will continue to evolve, but today’s product still reflects an artisan approach. Most masons can spot a Pine Hall Brick product by its unique patterns and surfaces. Weeks House is no different and destined to be a classic.

If you love old brick, check out the Old Brick House line and get inspired for your new home. 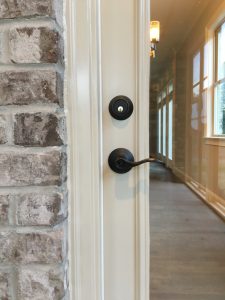