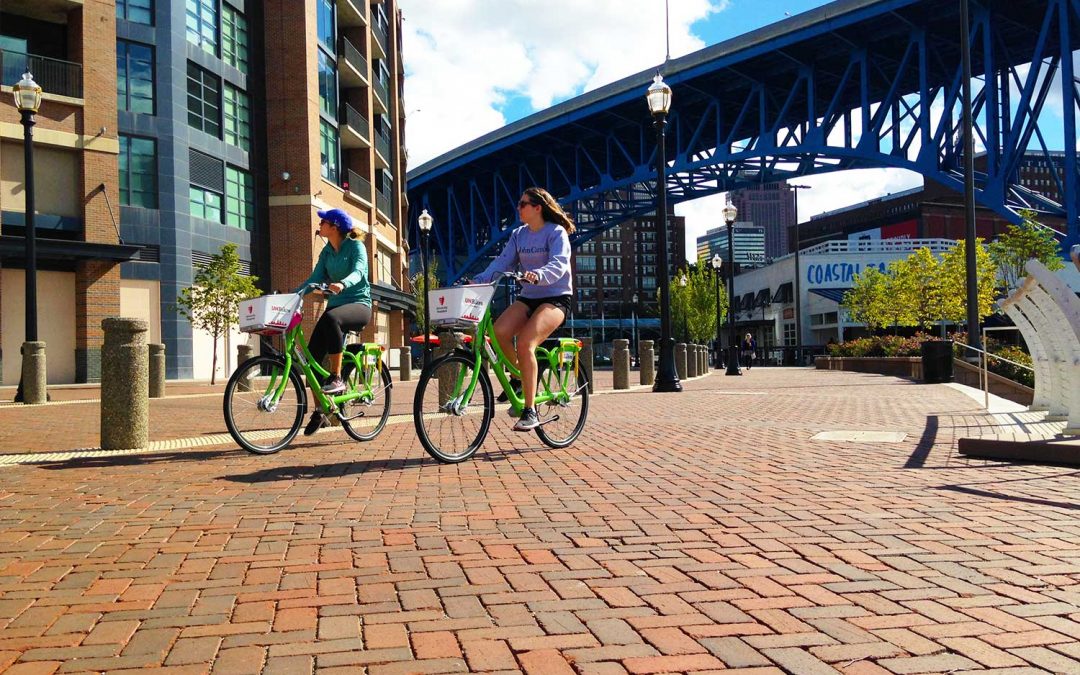 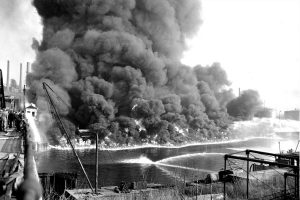 Cleveland has been called the Comeback City for good reason.

These days, the town is becoming known more for such things as the Rock and Roll Hall of Fame, the Cleveland Clinic and a municipal vision that sees economic development of the inner city and improvement of local education as priorities. Even local legend LeBron James is now back with the Cavaliers.

The Flats, an expansive warehouse district on the Cuyahoga riverfront, is now the site of $750 million in development, including an 18-story office tower, a hotel, a fitness club and local restaurants. In fall 2015, Phase II opened with a 241-unit high-end apartment building, restaurants, entertainment venues and an extensive boardwalk along the river. 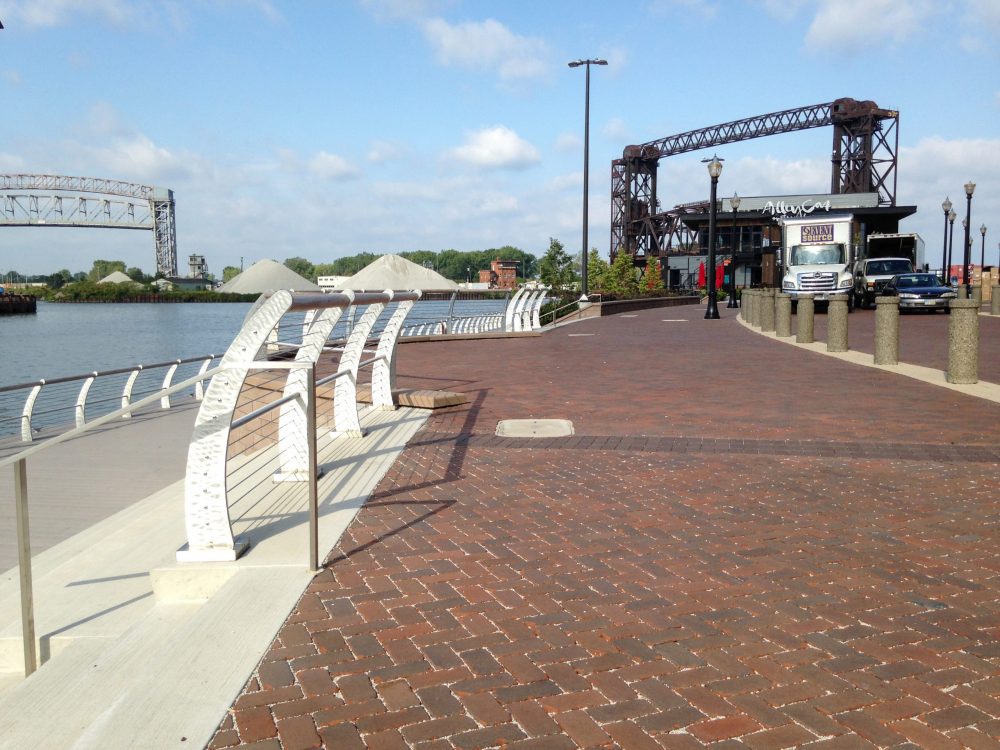 Many cities–large and small–are requiring new commercial developments to treat their stormwater on site, rather than tying into overtaxed storm drains or, as in the case of Cleveland and Chicago, allowing stormwater to discharge pollutants into a nearby river. 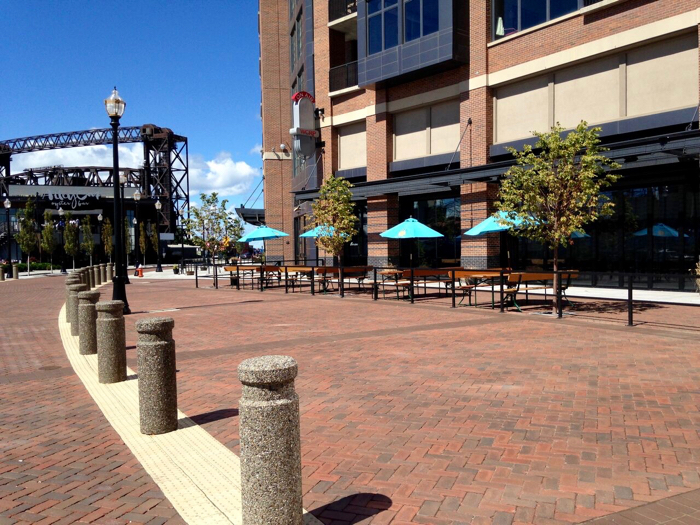 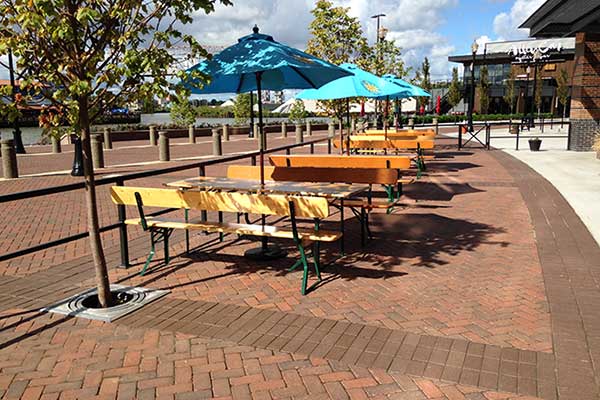 StormPave pavers have nibs to create space in between the pavers. In a best-practices installation, rainwater enters the voids and is collected in layers of aggregate underneath. From there, it is absorbed into the ground, where it is naturally filtered.

StormPave came with one additional benefit: It was a good fit for the neighborhood.

“As the proposed development is intending to emulate the historic character of this District, the design team and owner determined the best aesthetic solution to achieving this is through the use of clay pavers,” said Hinte.
The improvement in that neighborhood effectively continues the work begun by commercial real estate developer and philanthropist Bert L. Wolstein, who with his wife, Iris, worked for more than 25 years to transform the Flats East Bank area.

Although Wolstein, who died in May 2004, donated more than $40 million to local hospitals, colleges and other institutions along the way, his family says the Flats East Bank project was both a labor of love and a source of great joy.
“I know Bert is smiling on us now,” Iris Wolstein has been quoted as saying. “Maybe now, Cleveland will be known as The Legend on the Lake.” 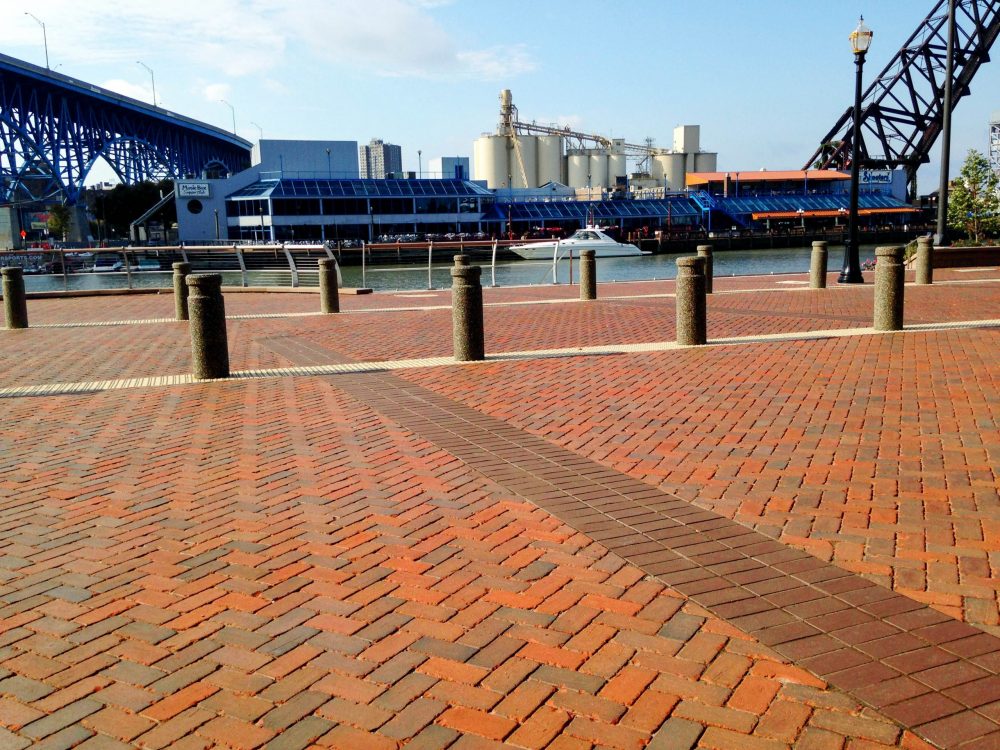