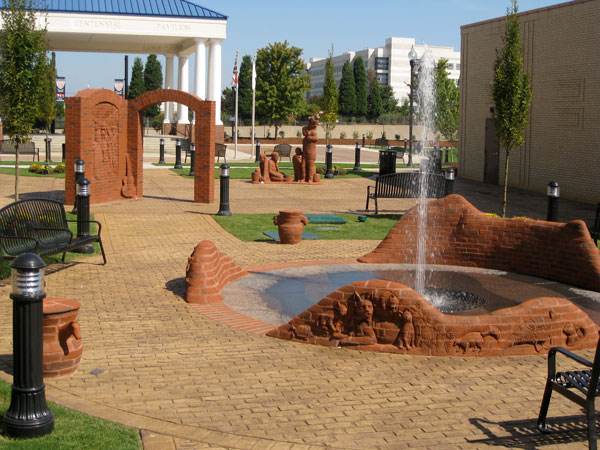 Brad Spencer is a brick sculptor based out of Reidsville, NC. One of his works, The Common Thread,  can be seen in Gastonia, North Carolina. Initially, when he was approached, his clients requested a sculpture of any medium for the proposed fountain in the new downtown plaza. With the budget he was given, Spencer was able to design a sculpture that went beyond the fountain and involved the entire plaza.

The theme of the sculpture is historical while still looking hopefully into the future. The border around the wall of the fountain displays the typography of Crowders Mountain, which borders Gastonia. Indigenous plants and animals are depicted on the surface. 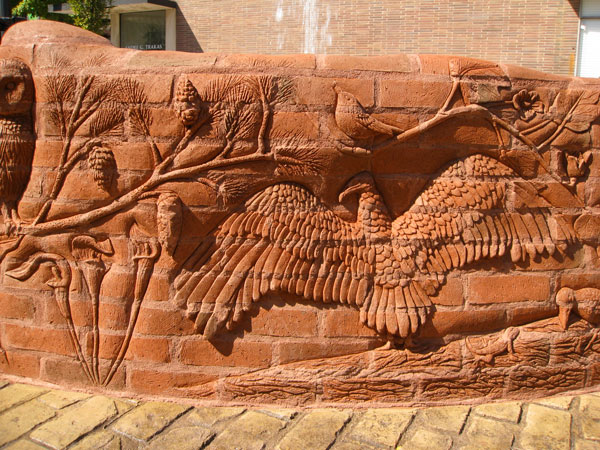 Stool-type seats along the perimeter are formed in the style of Catawba Indian pottery. The Catawba Indians were the earliest known inhabitants of the area. 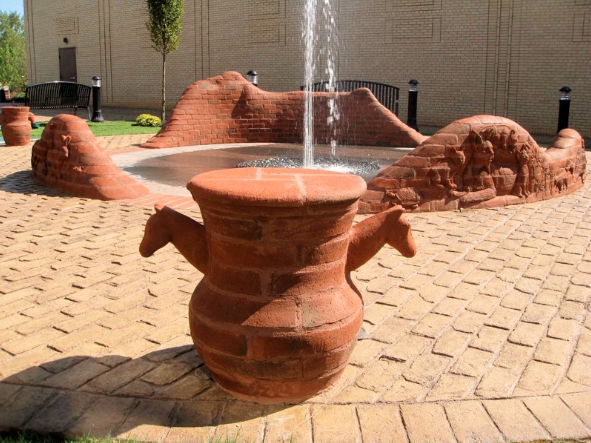 The central sculpture includes a cotton mill scene viewed through a mill window with an arched gateway to the “future.” The mill is the historical tie to the industry in the area. On the other side are images of the railroad and company logos that have been instrumental in shaping the city. 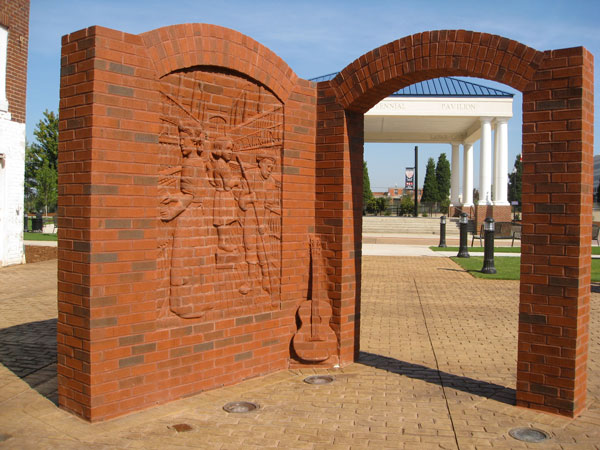 The final sculpture is representative of the future. People gather small brass plaques with inspirational words engraved on them and a child scatters them in the wind. 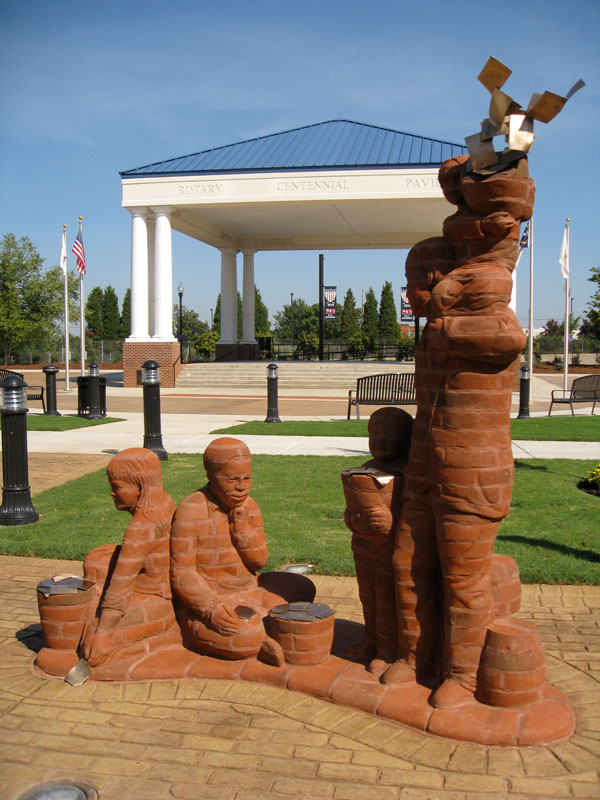 The sculpture is composed of Pine Hall Brick from the Madison plant (Plant 5 paver material). Spencer has unfired brick material in various bed depths delivered to his studio. He then stacks and carves the bricks using clay spacers to mimic mortar joints. Each piece is then numbered and returned to Pine Hall Brick’s plant for firing. Color mortar is used and basic masonry techniques are used to install the sculpture.
“There are always engineering challenges with free-standing brick sculpture,” says Spencer. “I consult with a [Brick Industry Association] engineer to ensure stability, longevity and safety.”
See more of Brad Spencer’s amazing work here.