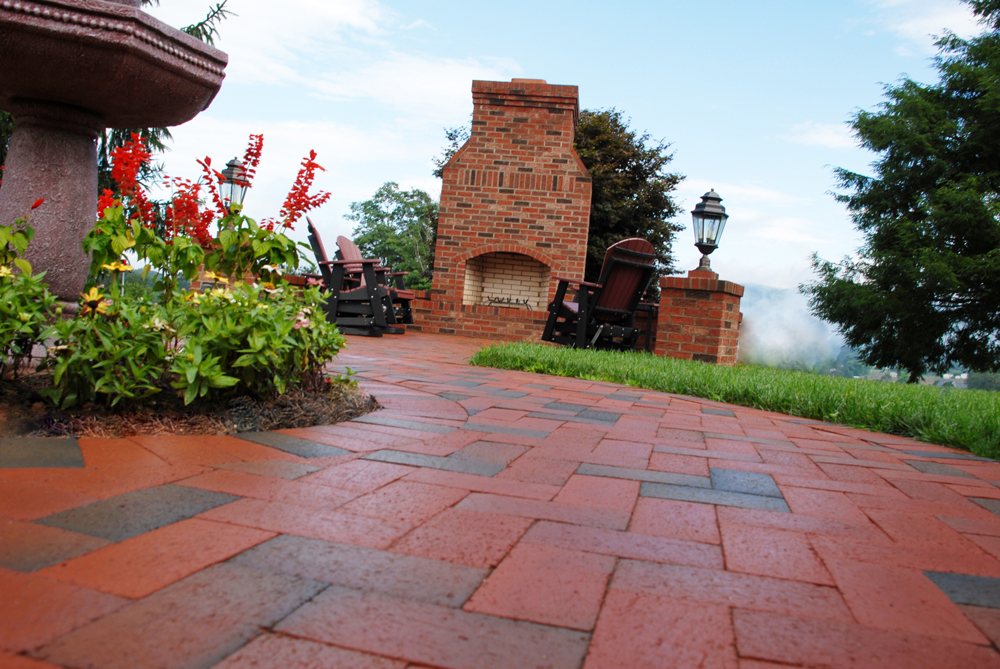 “Where Edibles Meet Hardscapes,” an installation at a residence in Clyde, North Carolina, won the best-of the-best award in the hardscape industry at ceremonies at the show, which took place Oct. 23-25 at the Kentucky Exposition Center in Louisville, KY. John Fields of Haywood Landscapes Inc. accepted the award from Ted Corvey, vice president of sales & marketing of Pine Hall Brick Company. 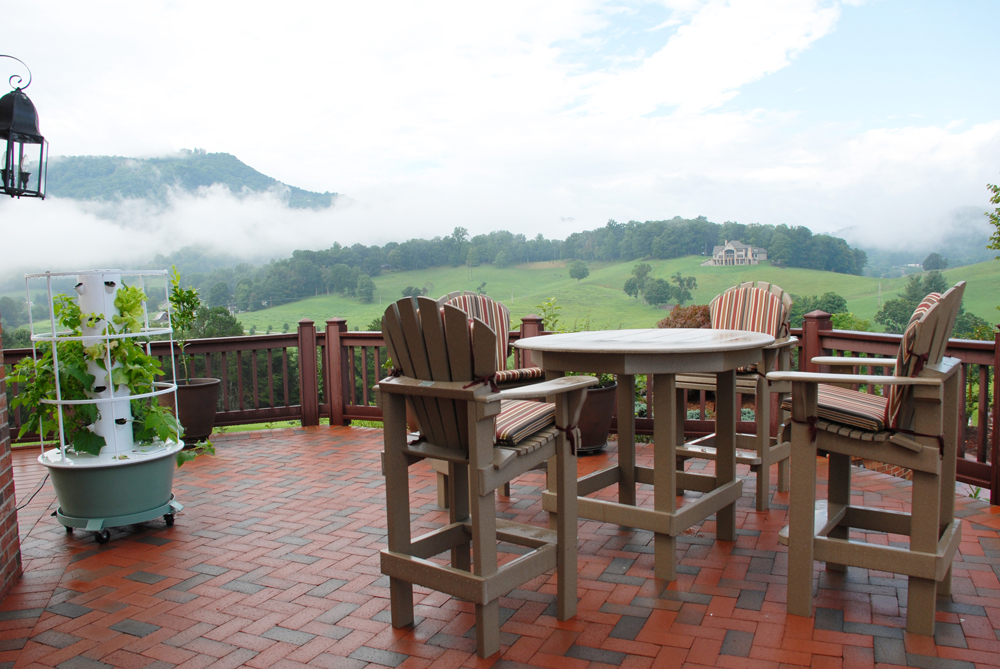 The  homeowner initially contacted Fields with the idea to provide a place to grow vegetables.  What developed was a comprehensive design to include that along with an outdoor room in the home’s backyard. The design takes advantage of sun exposure, creating an area for gardening and entertaining that complements the architecture of the home, which was built in the mid-1980s. The design takes into account the homeowner’s love for gardening and the great views, sun and wind orientation and existing grades. 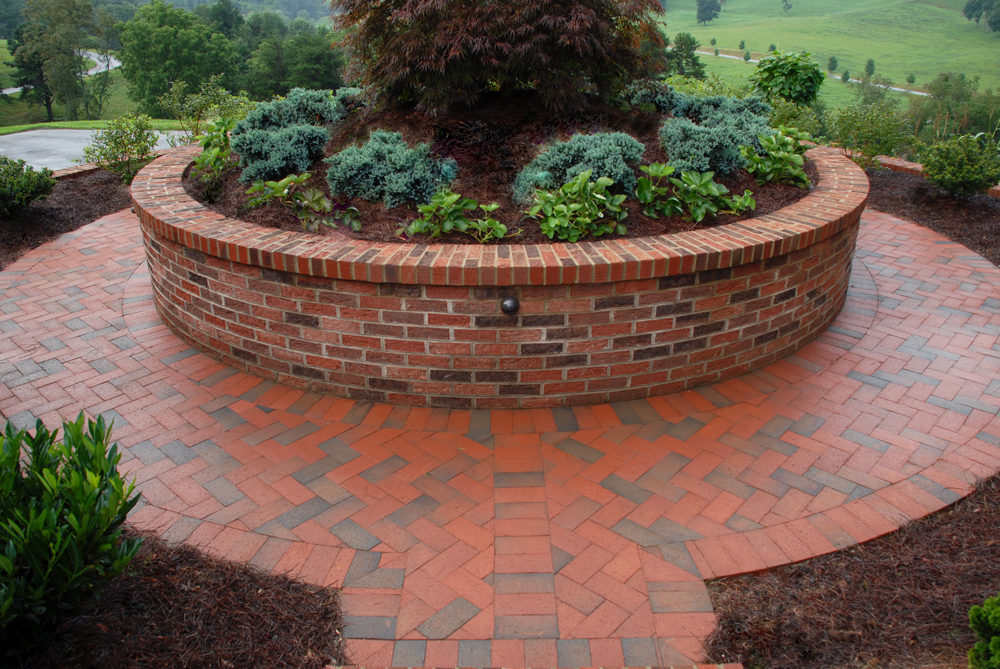 The project took seven months from concept to completion, which takes into account delays for poor weather and engineering delays prompted by existing hardscape installations at the site. As the project progressed, it became apparent  that an existing patio and a retaining wall needed to be demolished. The area was redesigned and rebuilt to work with the new design criteria. Features include a multi-level gardening area where vegetables can be accessed from above or below each terrace. The symmetrical clay hardscape design, which features Pine Hall Brick Company’s Pathway Full Range Brick,  is accented with night backlighting to highlight retaining walls and paving patterns for a visually engaging effect. 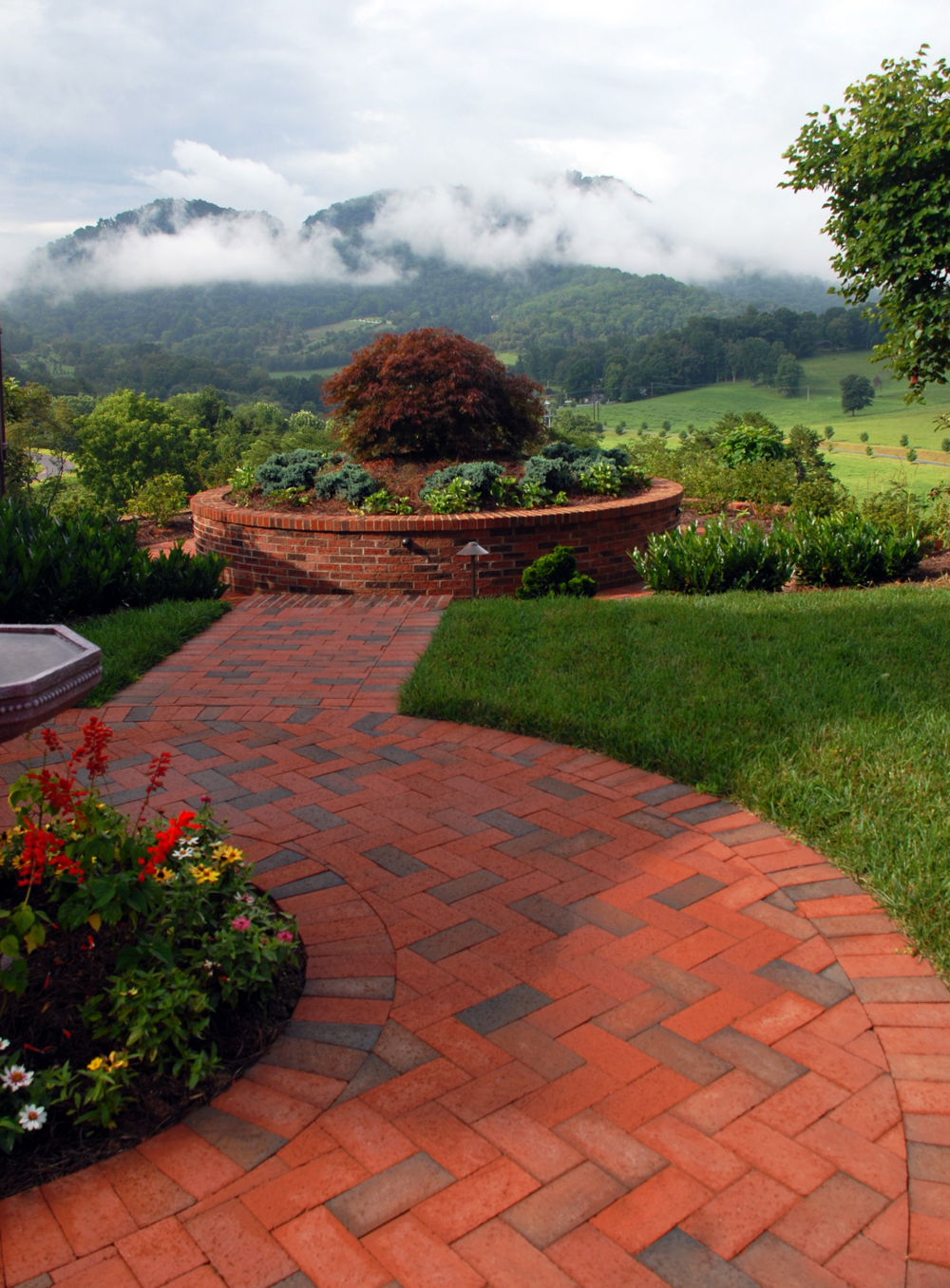 As it turned out, the design not only had a positive effect on the home’s environment, but on the homeowners themselves.  After 26 years of never having owned patio furniture, the homeowners are now avid backyard entertainers. They even greet their guests from the patio, not the front door! 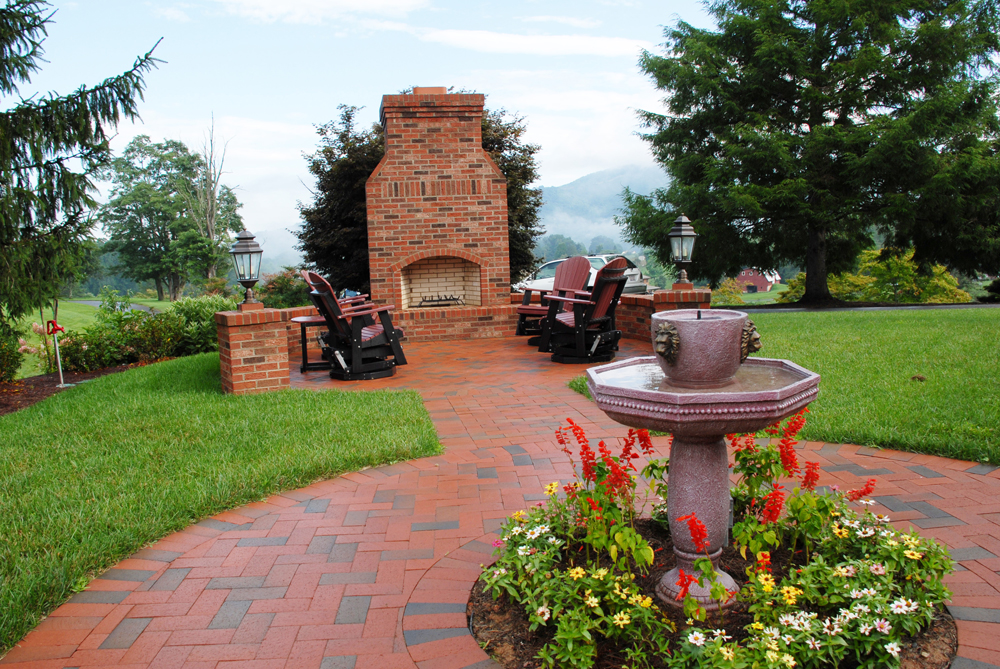 Haywood Landscapes, Inc. was founded in 2004 and is located in Waynesville, NC. They are a full service landscape construction company with an emphasis on all types of hardscaping. This project, at 2,600 square feet,  was worked on in conjunction with Broadbooks Associates, P.A.