As Pine Hall Brick Company celebrates its 100th anniversary, take a look back into our history.

Flake Steele looked out at the then-dormant Consolidated Brick Company in Pine Hall, North Carolina and thought to himself that there was an opportunity in the shale beneath his feet.

And a hundred years, thousands of homes and factories and brick sidewalks and patios; two World Wars, a Great Depression, economic upturns and downturns and four generations of the Steele family later, and Pine Hall Brick Company is still easy to do business with.

The company is celebrating the anniversary with an employee luncheon, speeches by Steele family members and local and state dignitaries and the unsealing of a time capsule in an event August 5 at Pine Hall Brick Company’s manufacturing facility in Madison, North Carolina.

The company had its beginnings when Flake Steele bought Consolidated and hundreds of acres of land that contained Triassic shale, which makes the best brick. On August 7, 1922, Pine Hall Brick Company was founded and later that year, began production in seven ‘beehive” kilns making brick and clay pipe.

Walt Steele, who is the latest Steele family member to lead Pine Hall Brick Company as president and chief executive officer, said the company’s success has come because of the dedication of the employees, the hard work of its customers and the durability and aesthetic beauty of the products themselves.

“I am thankful for those that I have the privilege to work alongside because together, we are building a business as durable as the products we make and sell,” said Steele. “And I am thankful to those who have entrusted us to provide brick for their homes, their office buildings, factories and hospitals, along with pavers for their patios, walkways and driveways.” 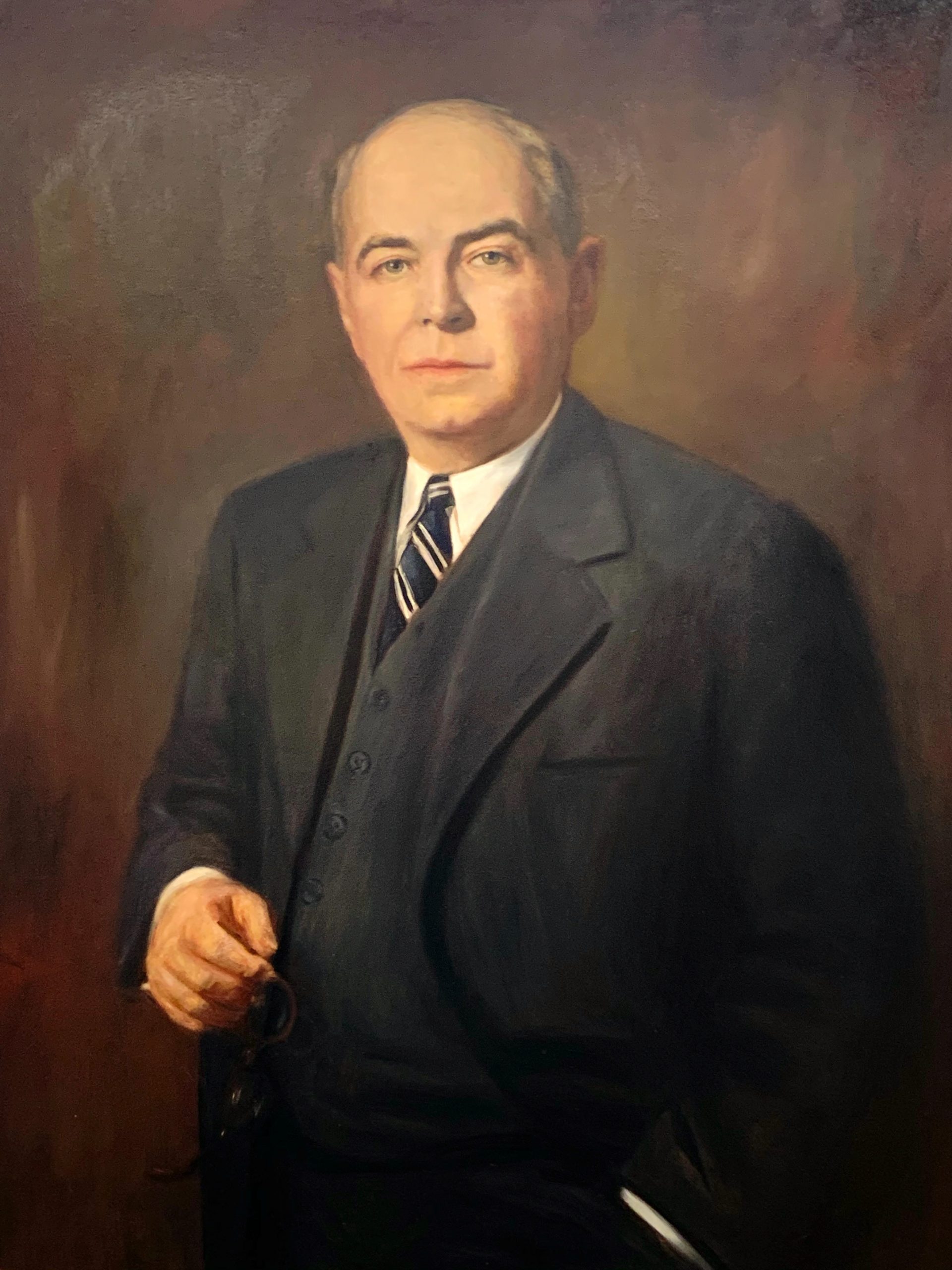 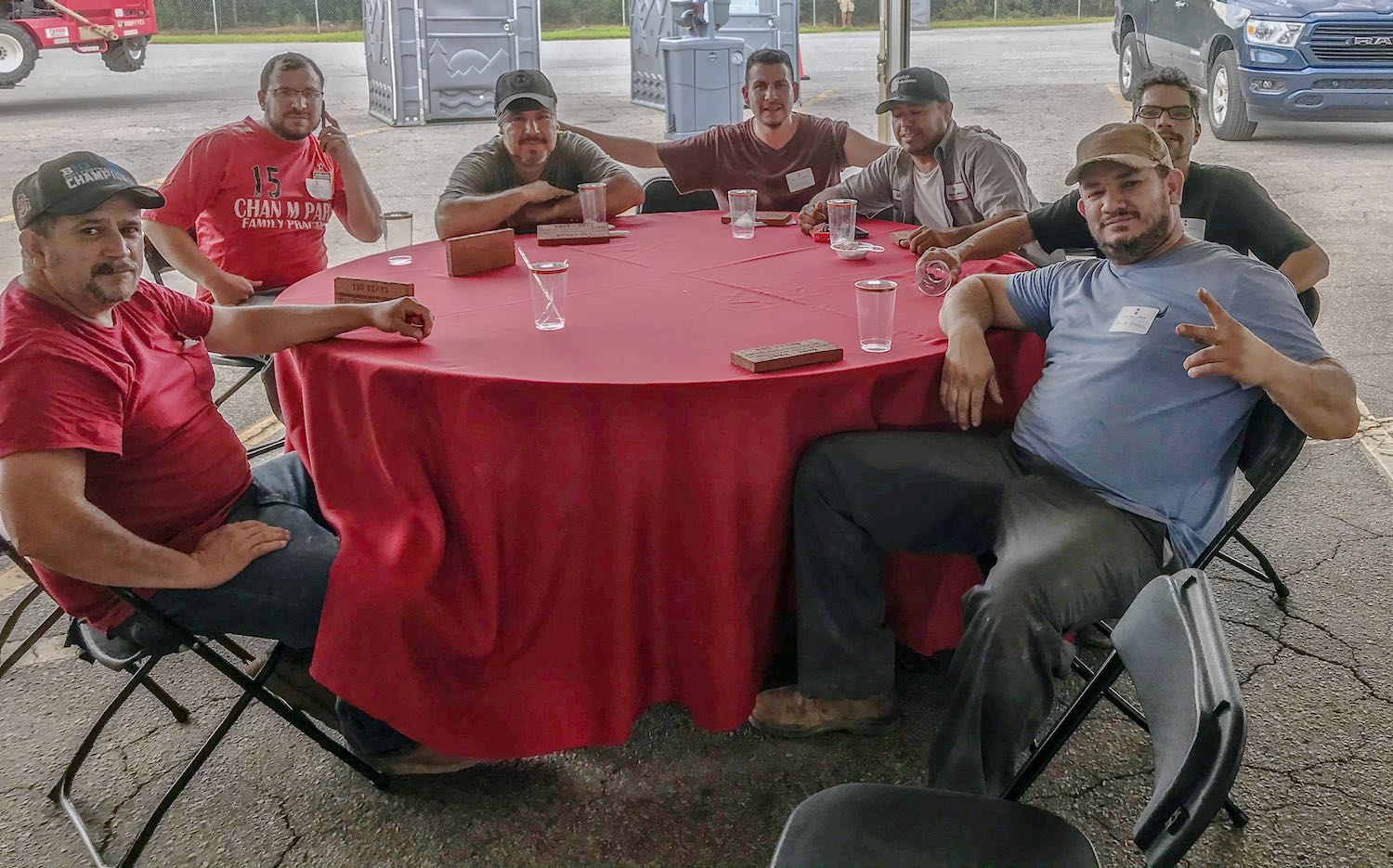 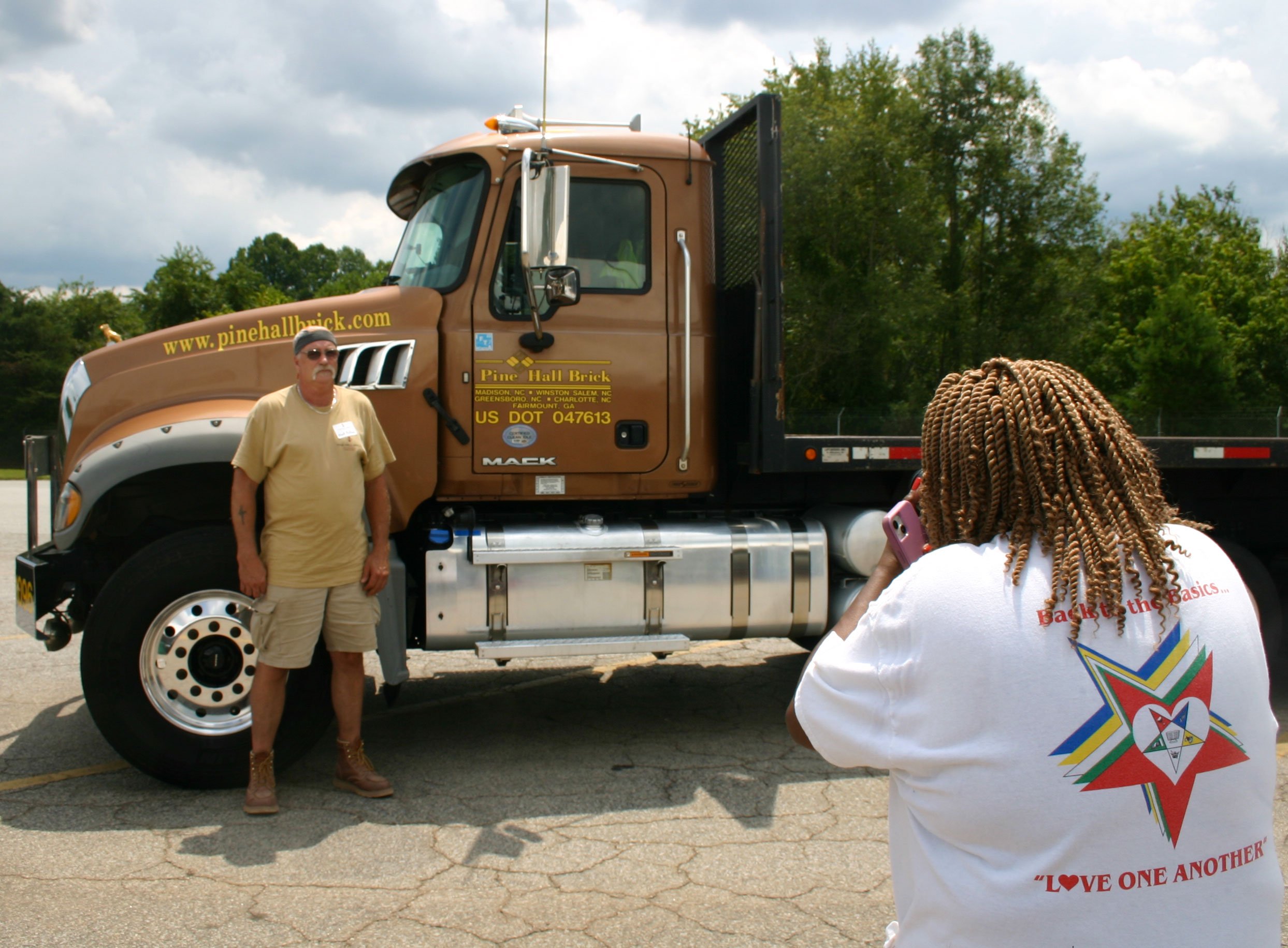 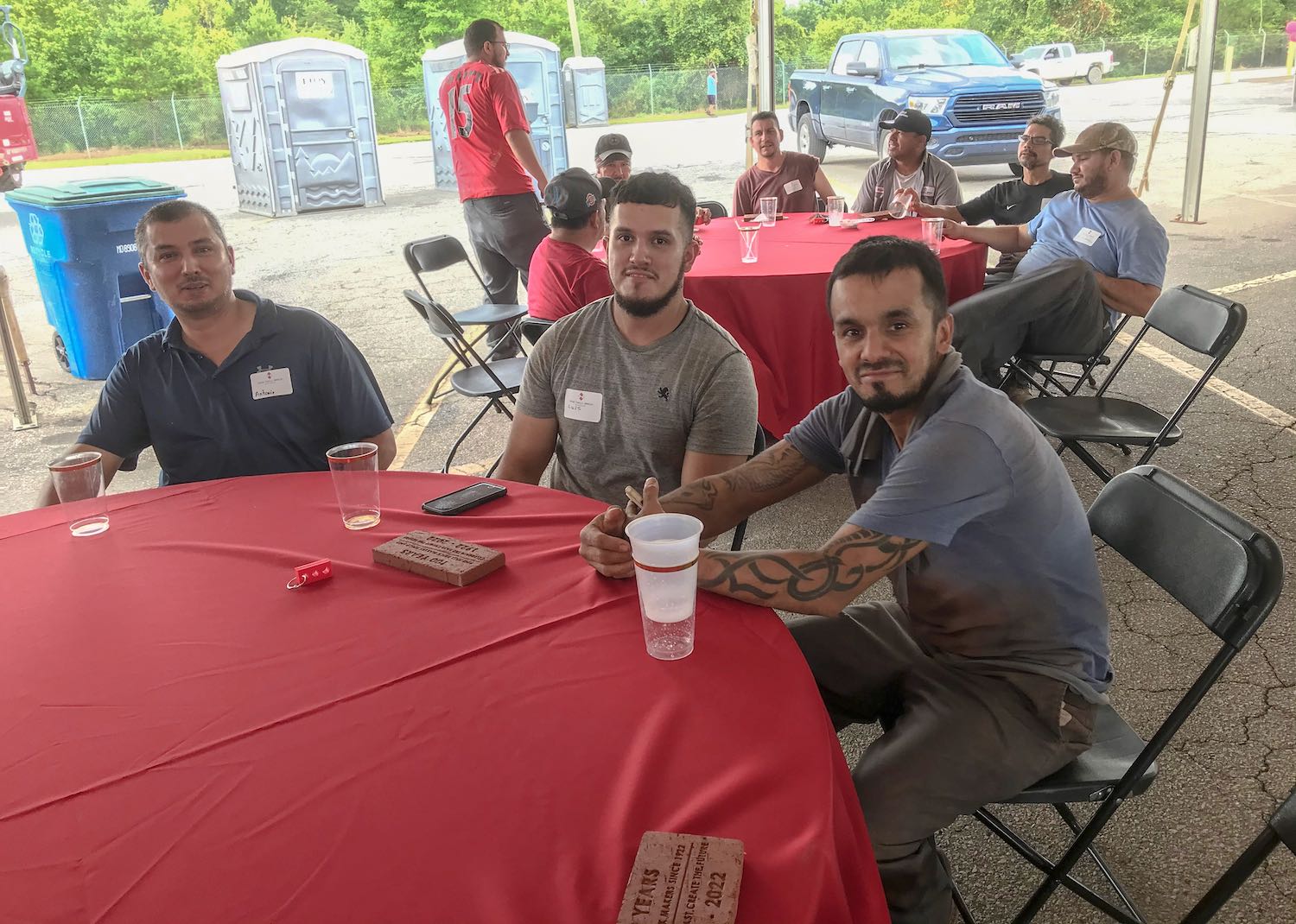 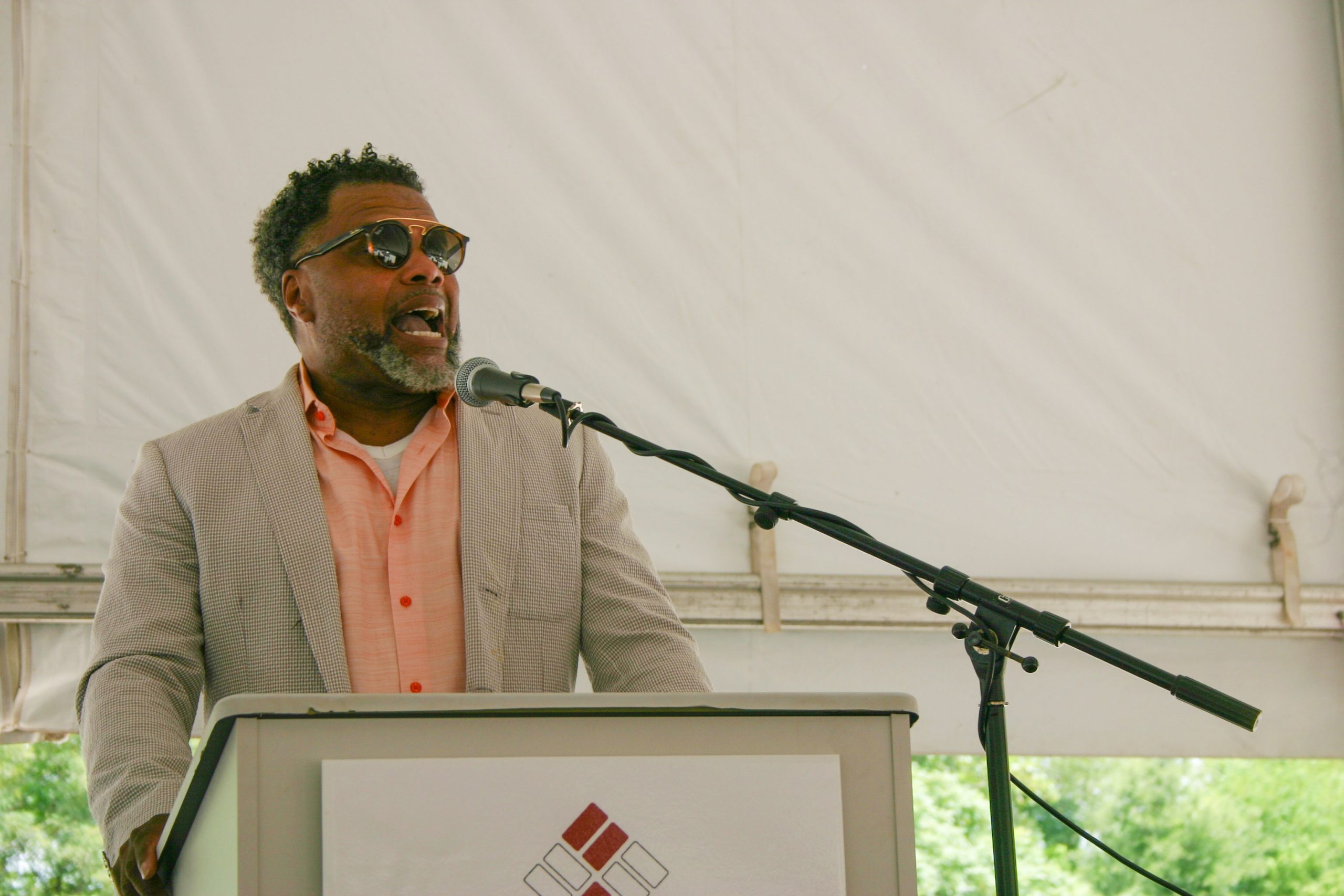 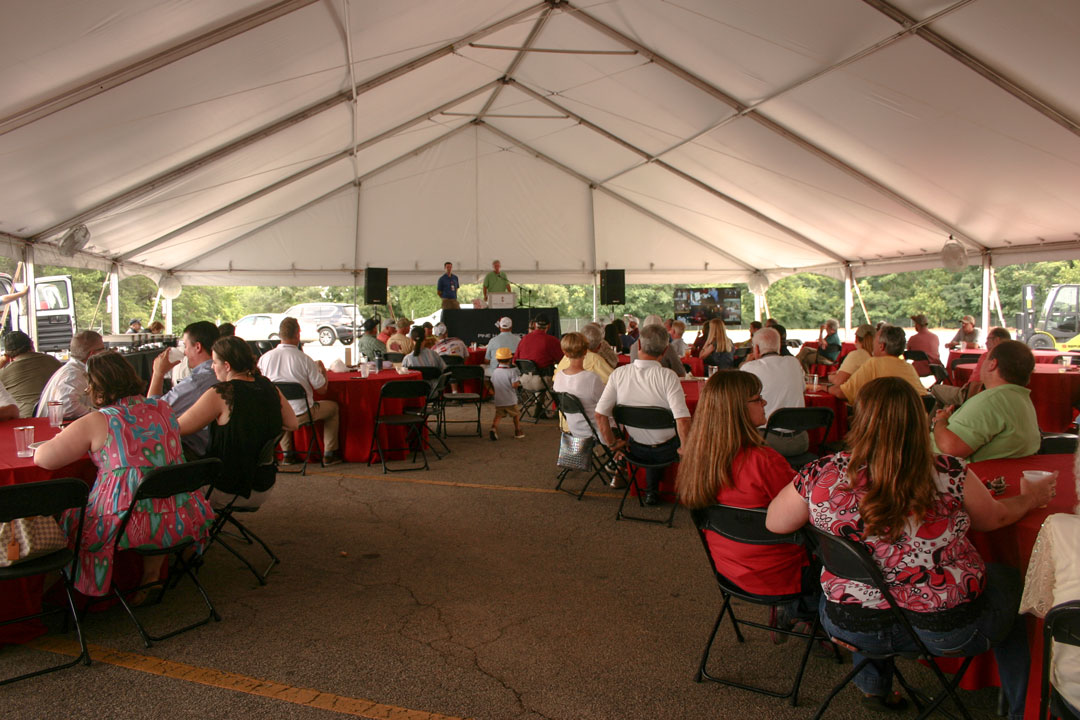 Scenes from our 100th anniversary lunch

More than a century ago, J.C. Steele, the father of Flake Steele, was in the brick business in Statesville, NC and introduced it to his sons. He started a foundry and a machine shop to make his own parts and eventually, began producing brick-making machines.

Today, J.C. Steele & Sons is still in business – and virtually all bricks manufactured across the U.S. are made on Steele machines.

When J.C. Steele’s son, Flake Steele, bought the dormant Consolidated Brick Company in Pine Hall, NC, he discovered that Consolidated Brick was mining the shale directly from mud banks in the Dan River, which is a more labor-intensive way of gathering raw material.

It’s lost to history as to whether Consolidated shut down because of that; but what is known is that the shale that brickmakers need is close to the surface in the area, is easily mined and can be ground down into the smooth consistency that’s needed for brickmaking.

Over the years, Pine Hall Brick Company perfected the manufacture and distribution of full-sized brick and special-shaped brick across the Southeast. By 1970, the company was making 1.8 million bricks a week, making it the third largest brickmaker in NC with shifts running 24 hours a day and seven days a week. 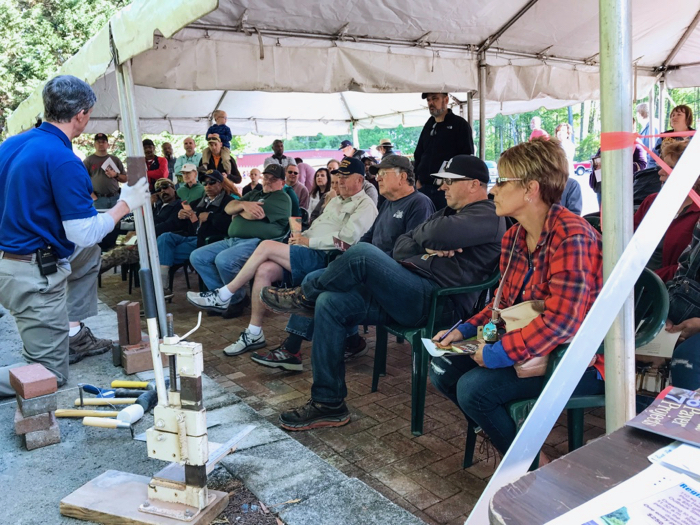 The next big leap in the company’s evolution was finding a way to improve clay pavers. Pavers used to be face brick, only without holes, made at the end of the manufacturing season in December. They would be set aside in the brickyard until the following spring, when they would be picked up by landscapers to build walkways and patios.

The problem was that the company could not make enough pavers fast enough to effectively compete with concrete. When pavers – either clay or concrete – are set in sand, they require close tolerances. Because concrete is pressed, it’s easy to make each one the same size; because clay brick is extruded, it’s more difficult.

Fletcher Steele, who is Walt Steele’s father and now executive chairman, heard about a new kind of kiln being made in Australia, low-set and fast-fire. He and the engineering team went to take a look. The kiln was designed to control the size of the bricks that it produced. Fletcher reasoned that it could be used to make pavers and the new kiln became Plant 5 in Madison in 1996.

Some in the industry were critical, but as it happened, the natural demand was there in the marketplace. Within six months, the company had started planning to double its capacity. Having each paver the same size meant that pavers could be installed more quickly, which led to lower labor costs and higher profits with a product that is durable enough to handle buses and never loses its color.

Volume was so great that the company expanded its reach to open new plants in Georgia and became the largest supplier of clay pavers in the United States.

In 2008, Pine Hall Brick was among the first to introduce permeable clay pavers, which when installed using best-practices methods of installation, allows for the efficient disposal of stormwater on site, enabling developers, civil engineers and landscape architects to comply with federal Clean Water Act regulations.

About four years ago, the company ramped up production on thinner versions of both its face brick and pavers to meet market demand. Interior veneer brick called ThinClad™ and brick floor tiles, branded as PaverTiles™ are both suitable for do-it-yourself projects or professional jobs, including new construction or remodeling.

Pine Hall Brick has long sold ThinClads, a ½ -inch thick version of its face brick, which has been used not only indoors, but outside as well, on chimneys, gable ends and foundation walls, while the same, identical full-sized bricks are used on the rest of the building. Much of the ThinClads line is extruded to the ½-inch thickness before it is fired in the kiln, but some of it has been made from ½-inch slices of face brick cut off by a saw.

In early 2018, Pine Hall Brick introduced PaverTiles, which used a saw to cut slices off its pavers for use as interior floor tiles inside or overlays on exterior concrete slabs.

PaverTiles are installed like ceramic tile and allow the homeowner to bring the timeless appeal of authentic clay brick to spaces with height or weight restrictions. Kitchens, mudrooms, laundry rooms, sunrooms and wine cellars are all places where PaverTiles work well.

Outside, PaverTiles are ideal for rehabilitating outdoor spaces, where door thresholds and steps often prevent the use of full thickness pavers. Thinner PaverTiles can convert a tired old concrete slab into a clay paver porch or patio. 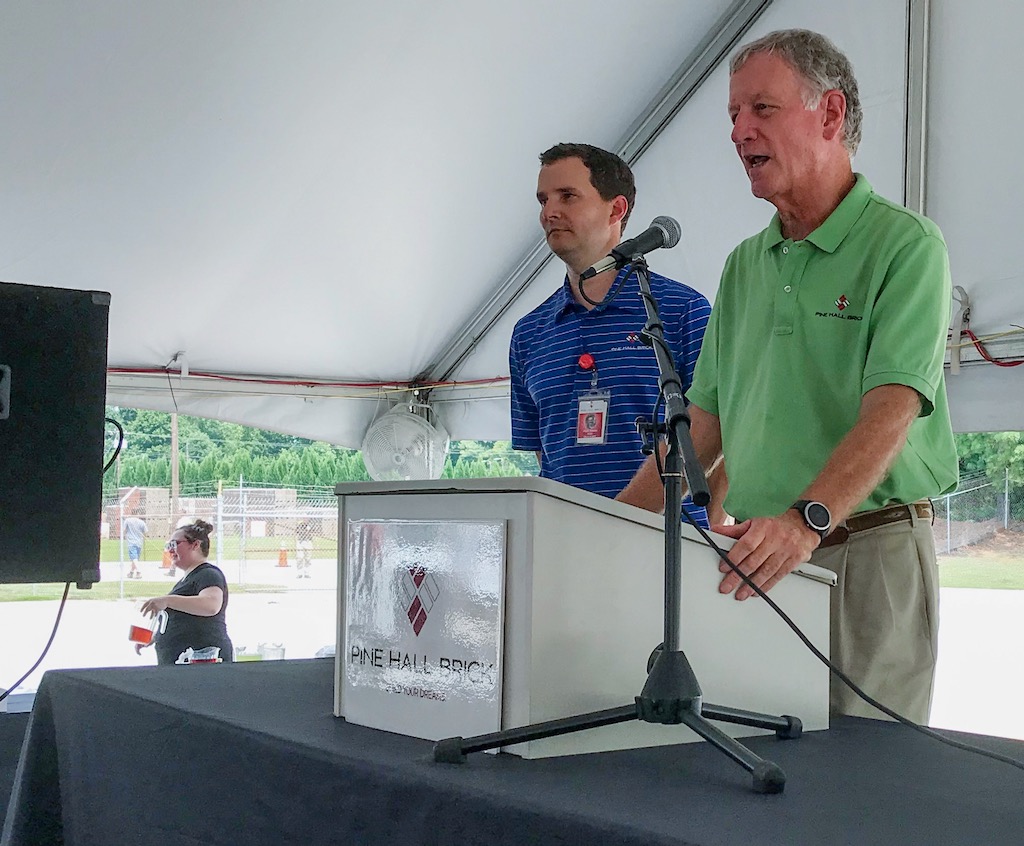 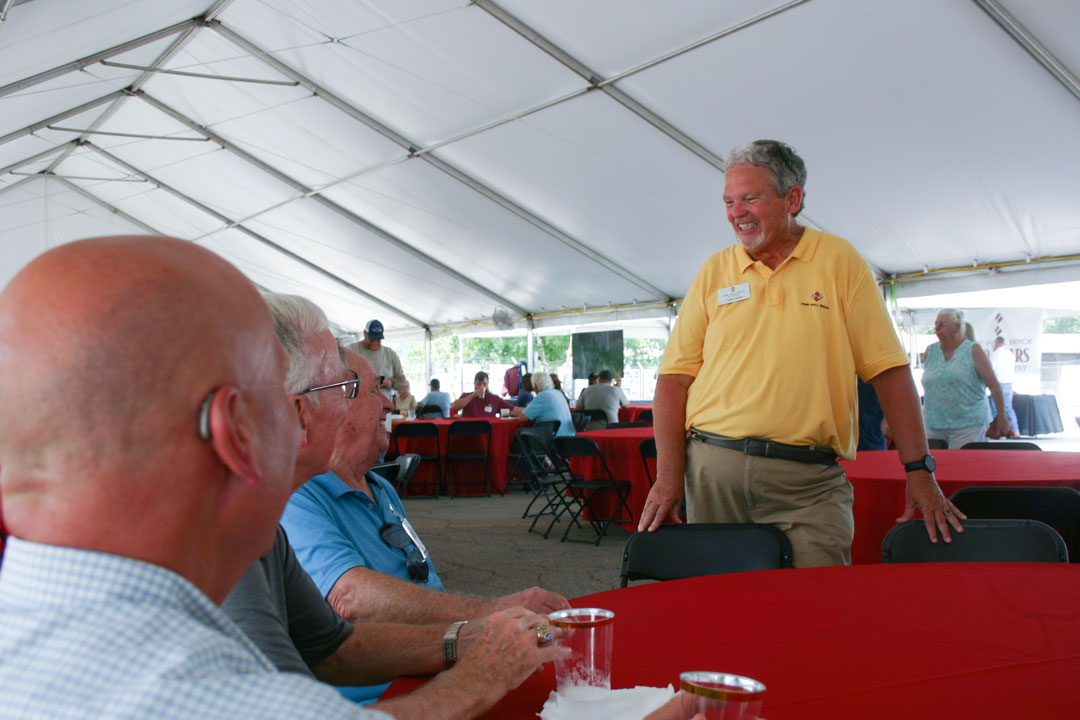 In 1889, J.C. Steele, a brick manufacturer in Statesville, NC, received his first patent for brickmaking. He founded J.C. Steele & Sons, which manufactures extrusion and brick-making equipment.

In 1946, William “Perk” Steele, Flake’s younger brother, joined the company at 20 after obtaining a ceramic engineering degree from the University of Illinois – and guided the company’s plant operations until his retirement in 1996.

Fletcher Steele was appointed president of Pine Hall Brick in 1989. He is a cousin of Flake and Perk.