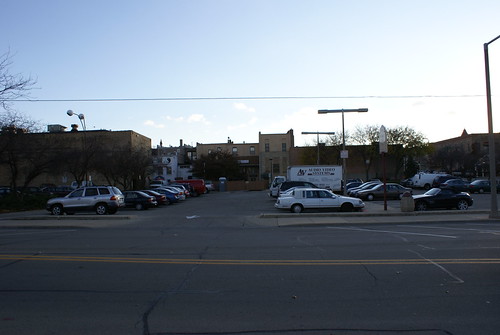 Timing is everything. Across the United States, Black Friday hit as millions of shoppers hit the streets in search of bargains for the upcoming holiday season.

In downtown DeKalb, Illinois, shoppers were greeted by a brand-new streetscape, which was finished a little more than a week beforehand. 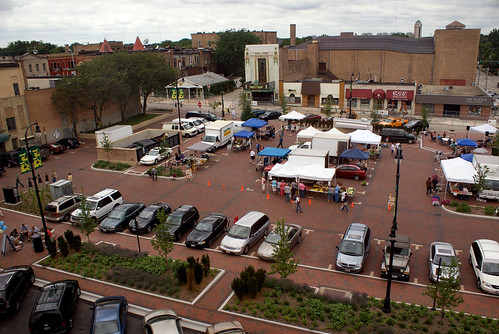 The $10 million project, which is part of Re:New DeKalb, a downtown revitalization project, uses Pine Hall Brick StormPave® permeable pavers across a multi-use parking lot and conventional pavers in crosswalks and as accent triple soldier courses around concrete sidewalks.

Mark Underwood, principal with Hitchcock Design Group of Naperville, Illinois, said the project covers an area of four blocks long and two blocks wide in downtown; from First to Fourth Street, bordered on the north by Locust Street and on the south by the Lincoln Highway.

Underwood said that for the project, timing was key.

As interruptive as construction can be, it was important to be as friendly to businesses as we could. When you are tearing up the sidewalk, for most, that is their only access. We were very purposeful to make sure we were shutting down well before Black Friday.—Mark Underwood

In many ways, DeKalb is like many other Midwestern towns. Years ago, its downtown turned from a vibrant place into a place of empty storefronts as suburbs spread outward from city centers and shopping malls drew many downtown merchants away. 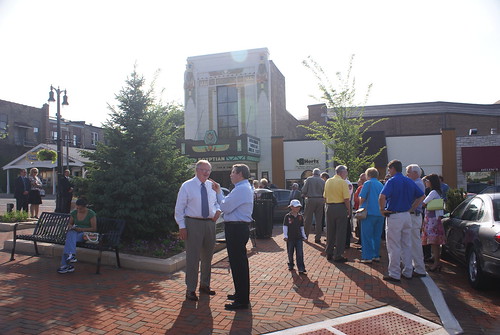 In 2003, Re: New DeKalb started up, using public dollars to encourage private investment. The project began with façade improvements with downtown businesses. That was followed up by development of the downtown’s new streetscape.

Underwood said there are already some brick pavers in use in downtown DeKalb, so using brick pavers in the design was in keeping with the appearance of the rest of the downtown. The original plan was to replace all concrete sidewalks with brick, but the design changed when DeKalb decided to bury overhead utility lines.

“We had to pare it back a little bit,” said Underwood.

The centerpiece is a parking lot, but this is more than a parking lot. During the week, it provides a place to park your car, at a busy downtown intersection. When they block it off, it becomes a plaza for concerts and other events. During nice weather in the spring and summer, they block it off and use it as a farmer’s market.

“We really decided to go to permeable pavers on that because of the environmental movement,” said Underwood. “We really wanted to keep pace with the times.”