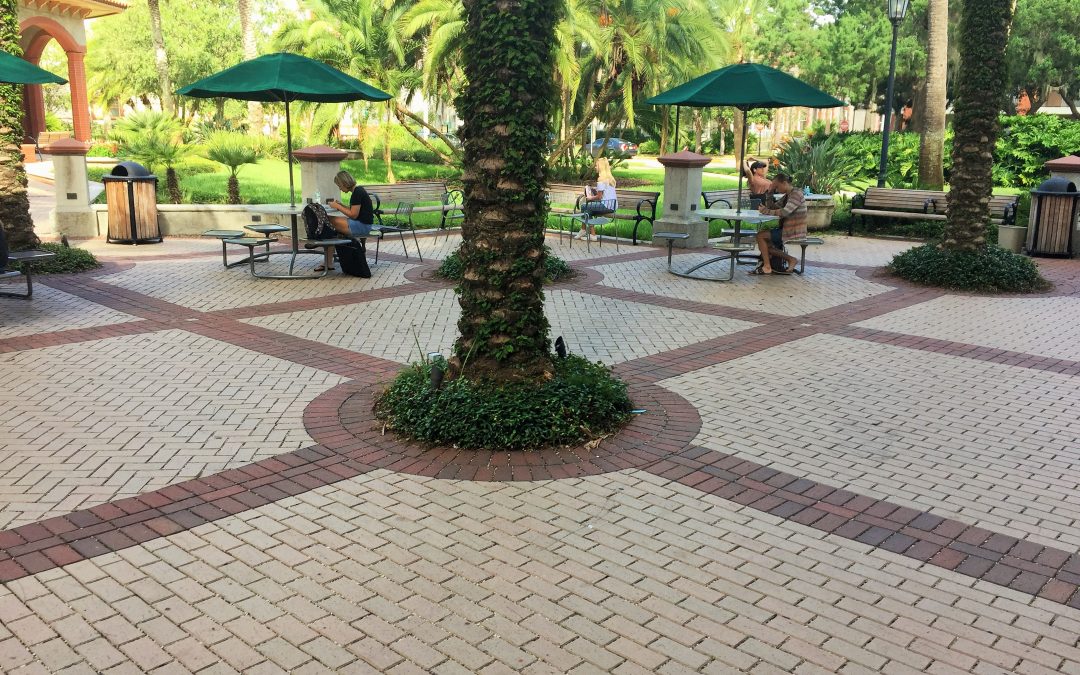 Imagine being a college student, about right now, and imagine that you are slogging through another semester of calculus and you look up, through your dorm window, to see a campus covered in snow.

It’s a good bet that you are counting the days until spring break.
Now, imagine that virtually any day of the year, it is spring break. At least the weather is, anyway. 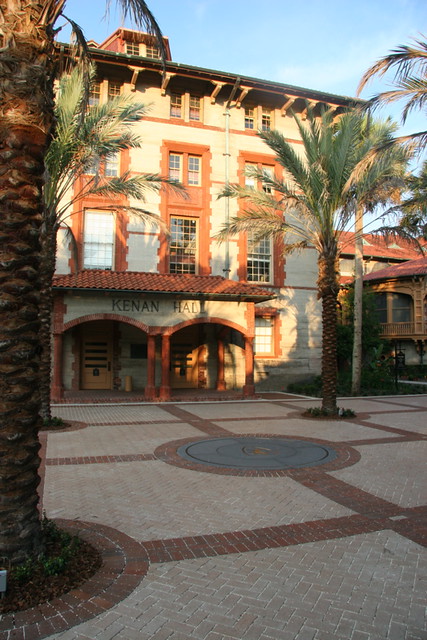 That’s how it’s been for the students of Flagler College in St. Augustine, Florida, especially since the installation of a new plaza and gathering place to meet and hang out with friends in between and after classes.

Electrical outlets (for laptops, lighting and sound systems), movable tables and chairs, benches, umbrella tables and a seat wall built into the existing grade were all integrated into an area outside the main classroom building on campus.

Before the new installation, made of Pine Hall Brick StormPave® permeable pavers in Autumn and Accent Gray, the students, faculty and staff were themselves slogging, not through the slush and snow of a New England winter, but through several inches of water each time it would rain. 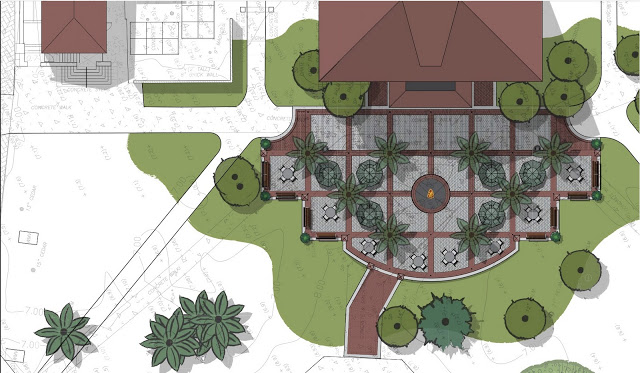 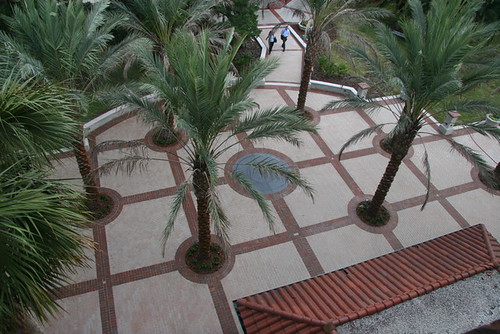 Sharon Fowler, principal of the landscape architecture firm Hauber Fowler & Associates LLC and the designer of the project, said that the two main goals were to complement and reflect the historic character and materials of the unique historic architecture of Flagler College, while at the same time, to find a solution to the drainage issue on the site.

Given that the town was founded in 1565 by Spanish explorer and admiral Pedro Menéndez de Avilés, and given that St. Augustine is the oldest continuously occupied European-established city in the continental United States, historic preservation is something that the city and the college take very seriously.

One of the main requirements by the city’s Historic Architectural Review Board is that designs within the Historic Preservation District use materials that reflect the architecture and the materials used at the time.

The first priority was to find a way to visually tie the Plaza to Kenan Hall, which at the time of its construction in the 1880s, was the first large building in the United States to be made entirely of poured coquina-shell concrete. The material is a light gray, almost white color, which meant that using only a classic red brick paver wouldn’t work. Fowler worked with her brick supplier to go through other color offerings from Pine Hall Brick. She found that Accent Gray was almost a perfect match for the coquina concrete and pairing it with an Autumn paver picked up the color from the red brick trim on the building, thus fulfilling the requirements of the architectural review board.

Another goal was for the plaza not to overshadow the building. Larry Weeks, director of business services and campus planner for Flagler College, said that the design succeeded quite well in matching a 2011 outdoor plaza with an 1880s building exterior.

Weeks said that these days, Kenan Hall is now a Classroom and Facilities building, which is used on a daily basis by 2,000 students. The building is part of a National Historic Landmark, the original Ponce De Leon Hotel. 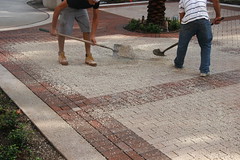 The part that is now Kenan Hall was home to the seasonal employees of the hotel. The complex was a draw for the wealthy who would travel, along with their servants, from the cold Northeast to spend the winter months in the Florida sunshine. Because the founder, Henry Flagler, was friends with Thomas Edison, the hotel had electricity before the White House did and, because he was friends with Louis Comfort Tiffany, all of the stained glass windows are of Tiffany glass. In those days, hotel guests were among the leaders in American business and political life.

“You really have to have the plaza outside correct and reflective of the historic nature of the building,” said Weeks. “It had to be complementary and not compete with it and it has worked out that way beautifully.”

Outside, the new plaza has movable chairs, tables and umbrellas that are clustered around columns that are wired for electricity. The 5,300-square-foot space has become a popular gathering spot. Classes sometimes meet there to enjoy an outdoor session and a break away from the classroom. After class, it’s used for student-sponsored events, meals and parties, or fairs where potential employers and representatives of graduate schools set up tables to meet with students.
And should it rain, the water hits the pavers and goes into the ground without pooling up into ankle-soaking puddles.

In terms of the drainage, Weeks said that finding a permeable solution was a requirement.  The City of St. Augustine forbids any new tie-ins to its city drainage system and requires all new construction to keep its storm drainage on site. In the past, the school has used underground exfiltration systems, which look similar to plastic Lego boxes.

“This was more innovative, at about the same price, and it was much more aesthetically pleasing,” said Weeks.