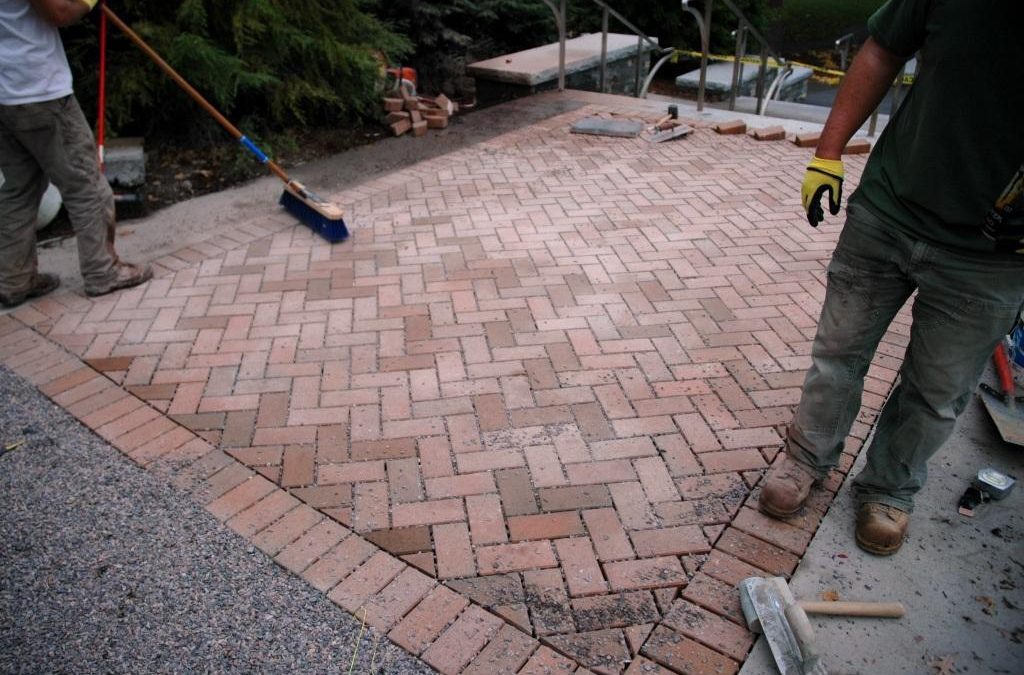 Burlington, Vermont is a place where you can find dessert, manners and education: It’s the home of Ben and Jerry’s, the Emily Post Institute and three colleges – the University of Vermont, Burlington College and Champlain College.

But more than that, it’s the Home Office of winter. Ski Vermont urges visitors to come in and experience winter in its original state. And they’re speaking the truth: the town averages 81 inches of snowfall each year. 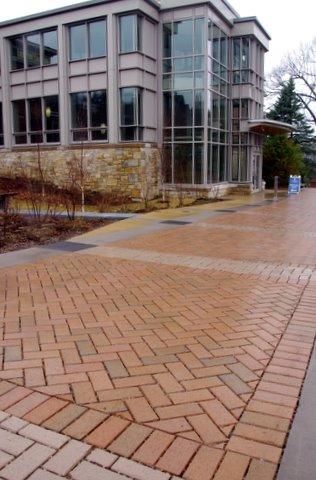 The climate, then, is a necessary part of planning whenever a construction project is undertaken. When Champlain College set out to pave a main promenade that directs pedestrians to Perry Hall, which houses admissions and the enrollment center, the goals were to have a hard surface that would withstand the weight of both pedestrians and vehicles, while allowing stormwater and snow melt to seep into the ground.

John Caolo, associate vice president of campus planning and auxiliary services, explained that permeable pavement was required under the renovation plans for Perry Hall, which was converted from a 19th century residential structure into its new use. The college decided early on to pursue LEED Platinum status, which has as one of its requirements that site improvements be sustainable.

Originally, the college used a porous concrete product, which was installed atop a series of graded aggregate materials. Caolo said that after one winter, with a combination of the cold environment and the use of salts and snow retardant, the concrete didn’t hold up.

“The decision was made to look out into the marketplace and see what comparable products were out there and that’s how we were directed to StormPave pavers,” said Caolo. “The building is a muted brick with a very 21st century metal panel addition, so it has one foot firmly in the past and one foot firmly in the future. That’s the metaphor we were shooting for.”

Adam Portz, an associate and landscape architect with SE Group, which did the project design, said that several materials were considered as replacements for the porous concrete. StormPave rose to the top, because it had the advantages of aesthetics, permanence and ease of maintenance. David Burton of Trowel Trades, a Pine Hall Brick distributor, said that an additional plus was a demonstrated tolerance by Pine Hall Brick’s clay pavers for exposure to road salt in installations in other cold climates. 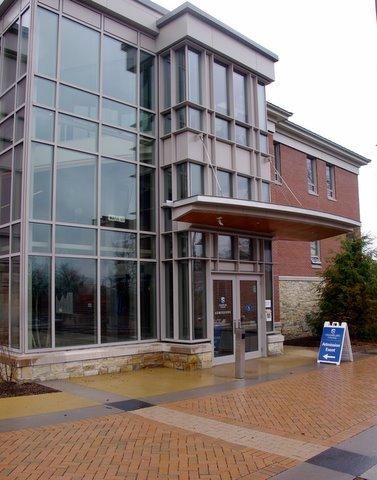 To fit in with the colors that the college had already chosen for the design,StormPave in a Rose Fullblend was chosen for the field, with a StormPave in gray to match up with building trim and on-site stonework. To install, the contractor removed the remainder of the broken porous concrete, added in about three inches of additional aggregate and compacted it to bring the top of the StormPave pavers up to ground level.

“I think the college has been very pleased with it,” said Portz.

Part of the project was finished in the fall and part remains to be done, once the threat of winter weather is past, perhaps as soon as this month, or later, in early summer. 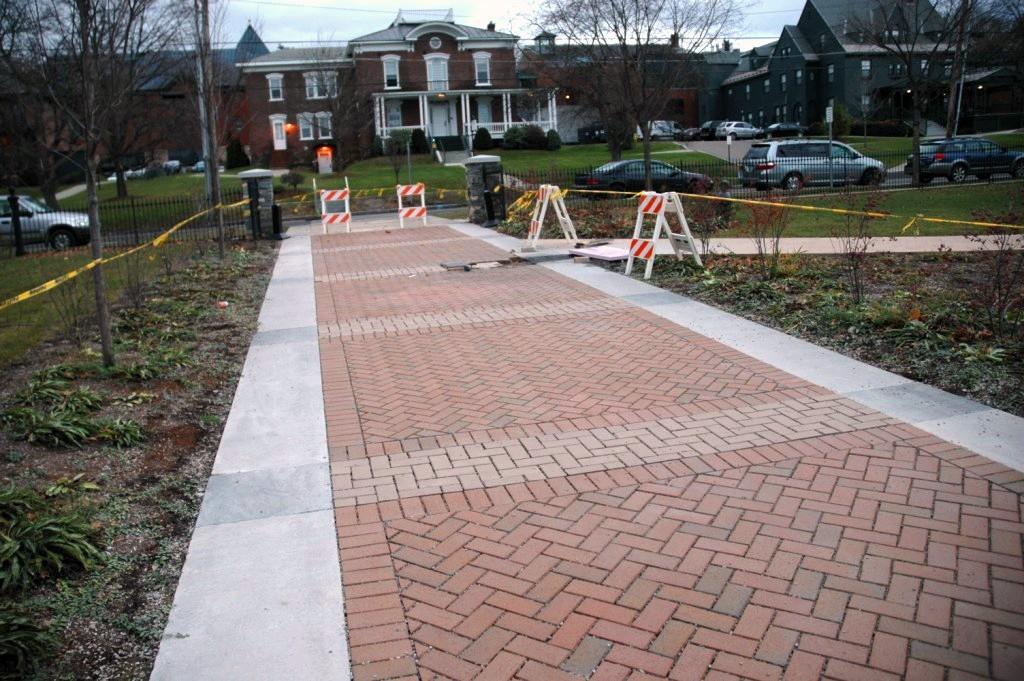 The installation has led to one reminder: Mother Nature doesn’t often cooperate. This past winter, when the StormPave installation could have shown what it was made of after being pounded by feet of snow, the winter was one of the mildest in recent years.

While there was not one decent winter storm this year, Caolo did say that he did not see any indications of ice on top of the StormPave pavers after rainstorms followed by freezing temperatures, which is similar to what others have reported at other StormPave installations.

Next winter, or the winter after that, will show how well the pavers do. And that can’t come soon enough for Caolo, who said he actually likes winters in Vermont.

“I didn’t go skiing once this year,” said Caolo. “Last year, we had a great winter and plenty of snow. I like my seasons with hard edges.”