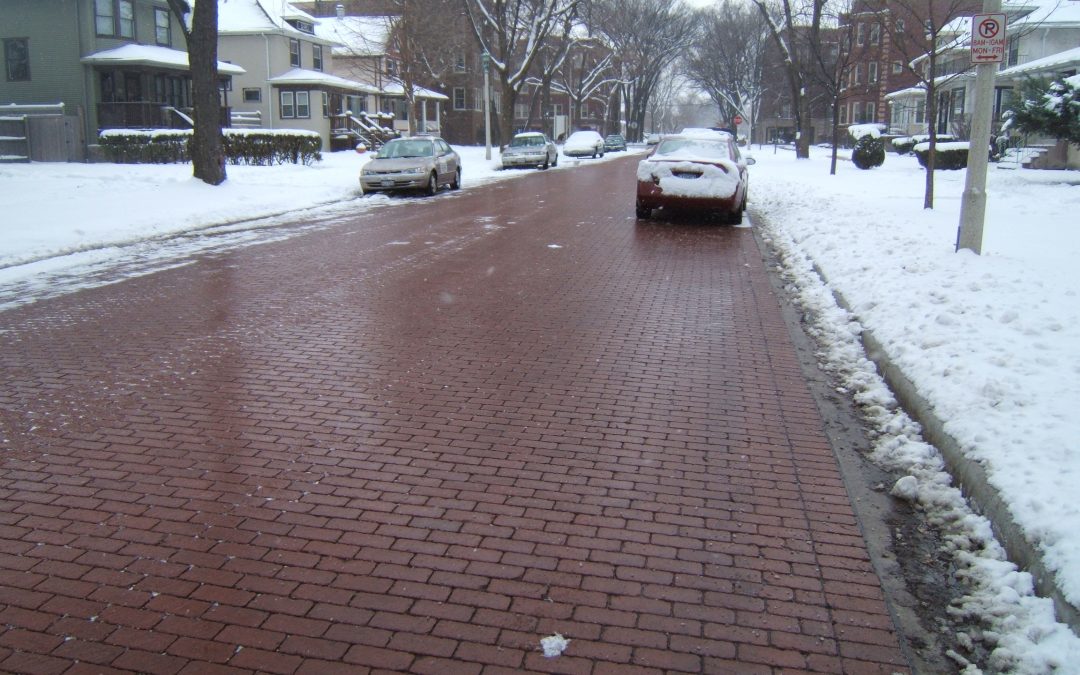 Want to get rid of both ice and lawyers? You can, with permeable paving.

Recent television news reports have told the story well. From Atlanta to Raleigh to Philadelphia, ice was coating roadways and drivers were caught in traffic jams, some abandoning their vehicles to try to find another way to get home.

In similar fashion, ice can bring pedestrian traffic to a standstill. Increasingly property owners, especially in the northern states, are turning to permeable pavements  to eliminate standing ice and the resulting liability for lawsuits over slip-and-fall injuries that it can bring.

It’s a given that water flows from the surface, through permeable paving, into an aggregate bed below, where it is stored until it is released naturally into the ground. And it stands to reason, then, that if you eliminate standing water, then you also eliminate standing ice.

Take a look at an existing installation of Pine Hall Brick Company’s StormPave pavers at the parking lot at the Annapolis & Chesapeake Bay Visitor’s Center. 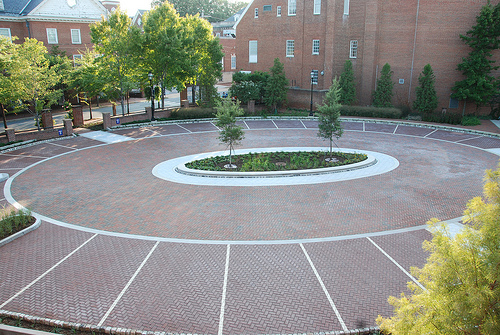 Three years ago, Lilly Openshaw, a project manager with the City of Annapolis, said that not only did the StormPave successfully withstand tropical storms and a glancing blow by a hurricane, but in the winter, it did such an efficient job at eliminating ice that the parking lot remained open. Openshaw termed it “an unexpected bonus.”

As it turns out, many, especially in northern climates, are beginning to specify permeable paving. Snow and ice management are primary reasons and storm water management, when the weather turns warmer, is a secondary reason.

Tom Hatlen writes about the trend in this month’s issue of Hardscape  magazine.

He quotes Chad Johnson of Structures Hardscape Specialists as saying that he is now installing more permeable pavers than any other kind, mainly because of winter safety.

“I saw the big increase four or five years ago. I found out the colleges and businesses we work with, their number one fear in the northern states is standing ice on any surface, because standing ice is an insurance hazard,” Hatlen quotes Johnson as saying. “With permeable pavers, they don’t have any standing ice. They are switching all their surfaces to permeable, and that is the number one reason why they’re doing it.”

Johnson says further that in the freeze-and-thaw climates, snow that melts on a sealed pavement forms puddles that refreeze to ice. Johnson says permeable paver systems don’t allow puddling as melted snow drains down to the drainage aggregate below the surface. He says permeable clients reduce their salt usage by up to 80 percent. Plows clear the bulk of the snow, ice melt is applied and the water goes away.

Note: snow removal on clay pavers, such as Pine Hall Brick Company’s StormPave, should be done   with a rubber-tipped shovel or plow to reduce the chance of chipping. Using deicers made of magnesium chloride can reduce the chance of efflorescence, which shows up as a white, powdery substance on the surface of clay pavers, which must be removed in the spring. It has no effect on the durability but it does affect the paver’s appearance. Keep in mind that magnesium chloride can be harmful to surrounding cement.

“And you can’t argue with the advantages, especially in the climates that we work in,” Hatlen quotes Johnson as saying. “It’s more cost effective to manage your stormwater thru a permeable system versus storm drains and gutters and detention ponds. As the world becomes more populated and land becomes more expensive, people are building fewer detention ponds and channeling water underground into permeable systems.”