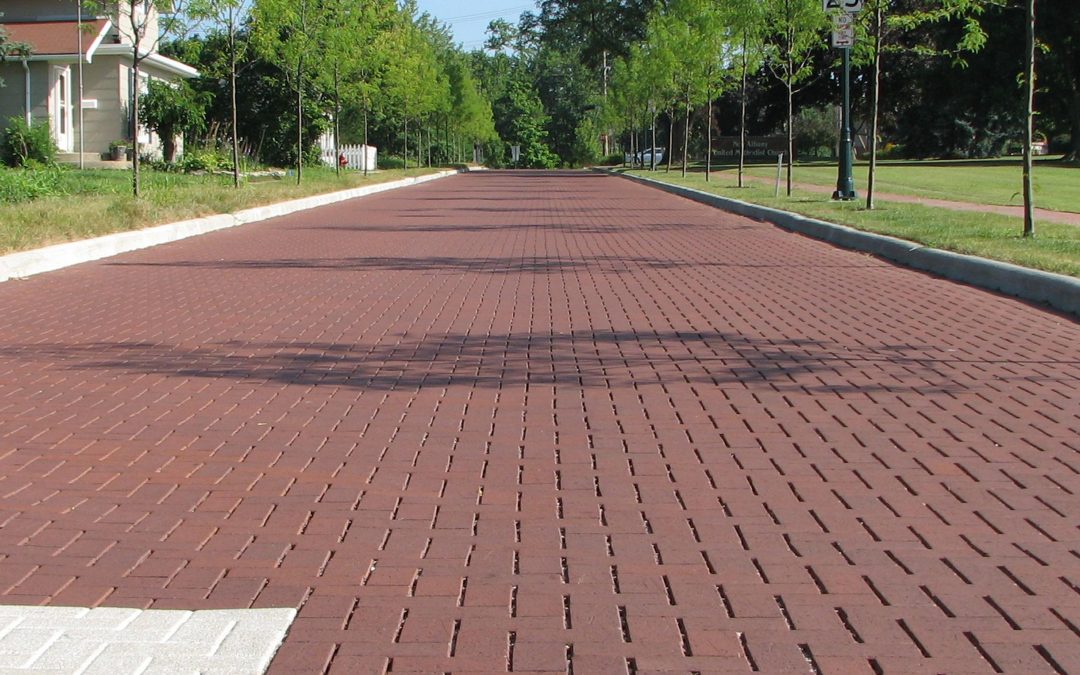 For the planners of a streetscape in the Village of New Albany, Ohio, the first question was cost. Would it be less expensive to apply new asphalt, conventional curb inlets and underground storm sewer piping or to install permeable pavers? 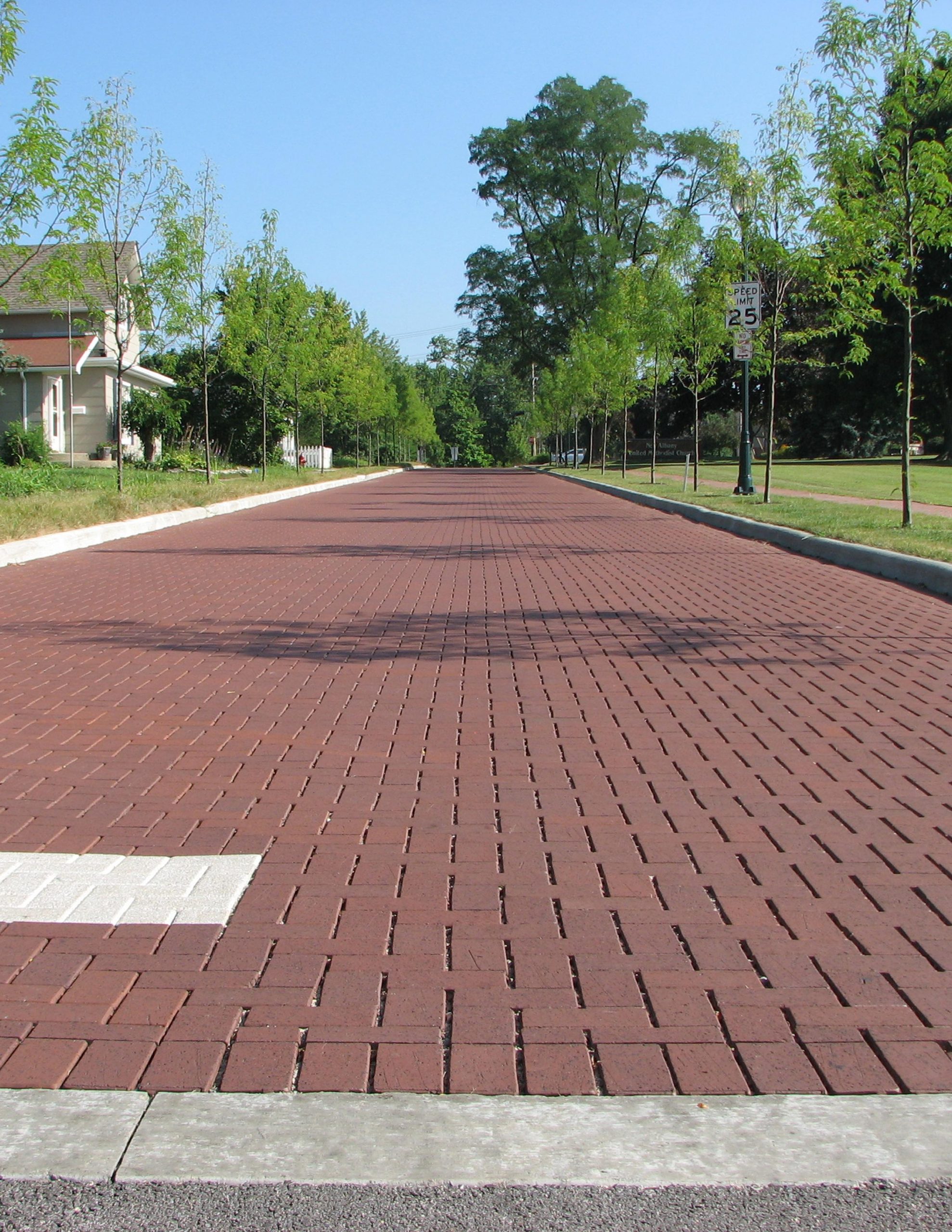 When the estimates came in, the cost was virtually the same. The village decided to go with the more attractive and green option of permeable clay pavers.

Green construction costs
The project wasn’t a done deal because cost had yet to be factored in. The cost to install permeable pavers came in at $424,389. Estimates for putting in asphalt, including five years of maintenance, was $427,718; maintaining it for 10 years raised the cost to $434,085.
Read more here.

For Franco S. Manno, ASLA, LEED AP, senior landscape architect with Columbus, Ohio-based firm EMH&T, the Third Street Project had as one of its goals to combine aesthetics with an effective means to control stormwater.

Several varieties were made into mockups on site to show how they would look in daily use and the StormPave™ paver, in the Ironspot color, rose to the top. The conventional English Edge paver, also from Pine Hall Brick, will be used for the sidewalks.

The project itself is a street approximately 600 feet long with roughly 13,000 square feet of pavers installed.

The Village’s maintenance responsibility will be limited to vacuuming or sweeping the debris out from in between the voids from time to time. What the Village won’t have to do is to go to the cost or trouble to resurface it in five years, which an asphalt street would require.