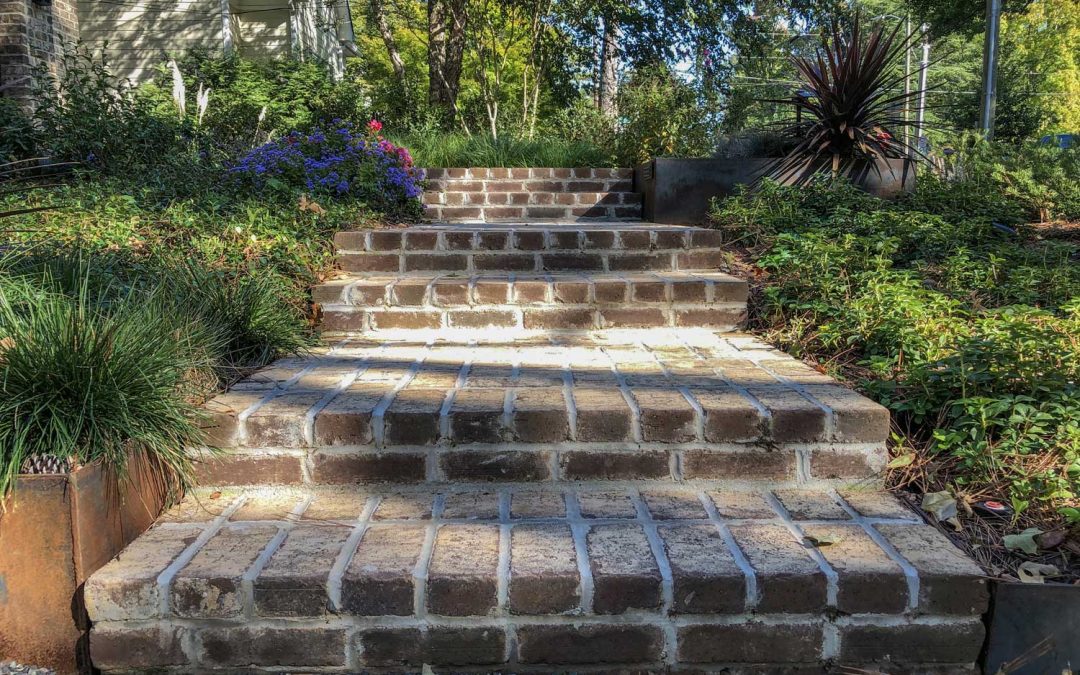 Pine Hall Brick played a role in this season’s premiere episode of the “Love It or List It” television series by providing Barker House facebrick and Rumbled Bluffs pavers to a new home project.

If Hilary Farr’s new home in a historic neighborhood in Raleigh tells a story with its Barker House Old Brick House artisanal-style brick up the walls and to the roofline, the way from the street up to the front door is the introduction.

Farr, the host of the TV show “Love It or List It,” specified an intricate terraced walkway of clay pavers, with well-designed landscaping and passageway lights at ground level. 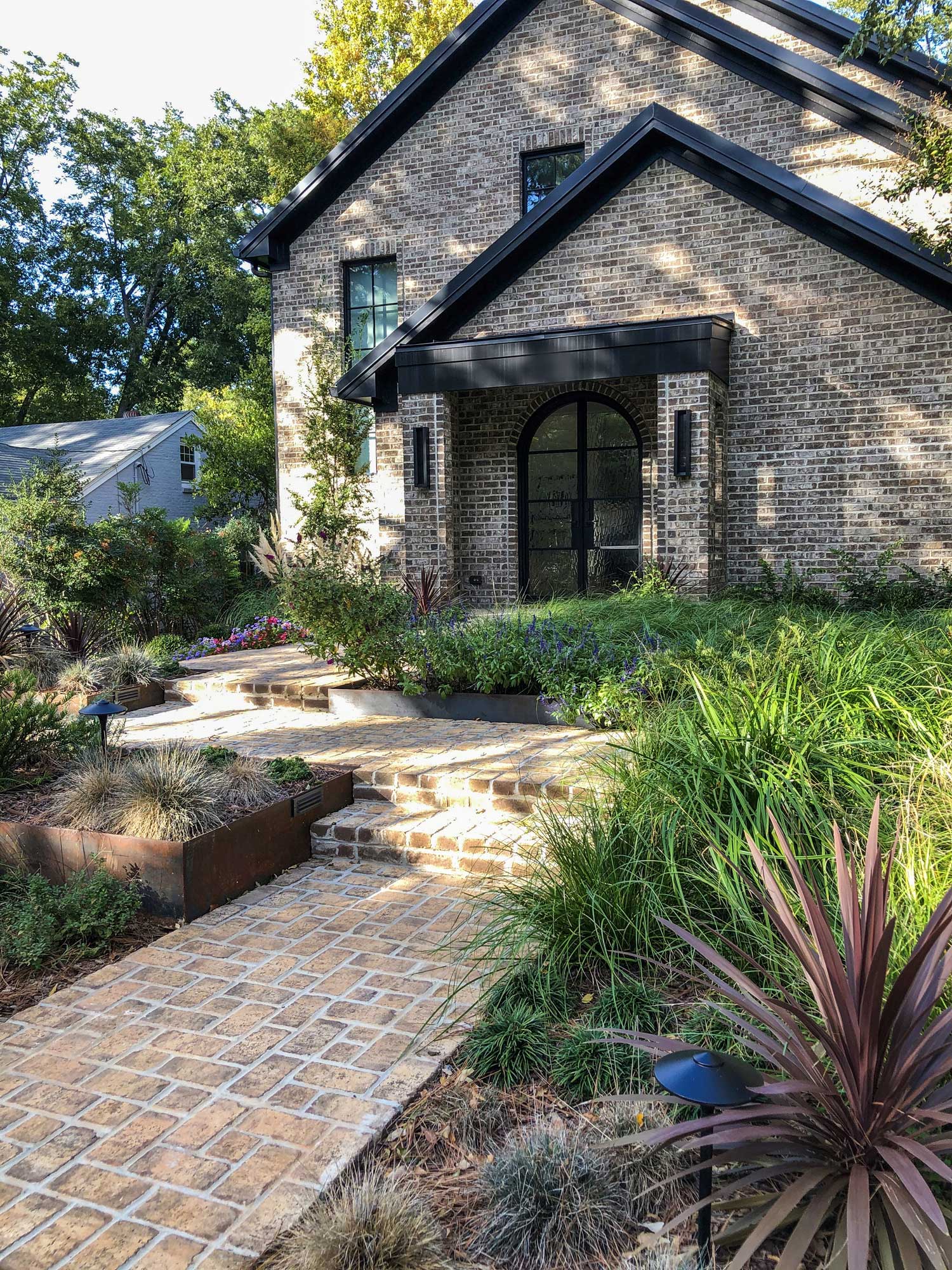 The way leads visitors up a series of terraced landings, then a left/right turn ends in a larger walkway just outside the front door. The design intention was to avoid a single straight walkway and create a wandering path that allows the other modern elements to stand out yet still looking traditional.

There’s enough space there for visitors arriving at a party to arrive and greet the hosts, or to linger afterward with goodbyes. Farr envisioned the way into the house to be as warm and inviting as the house itself and for that, a concrete pad wouldn’t do.

An English Random pattern for the rumbled clay pavers compliments the house design by allowing the eye to move easily from the various landscape elements to the decorative arched glass door. The pattern is a random mix of Spanish bond, herringbone, basketweave and running bond and has roots dating back centuries to old English Gardens when masonry was truly an art. 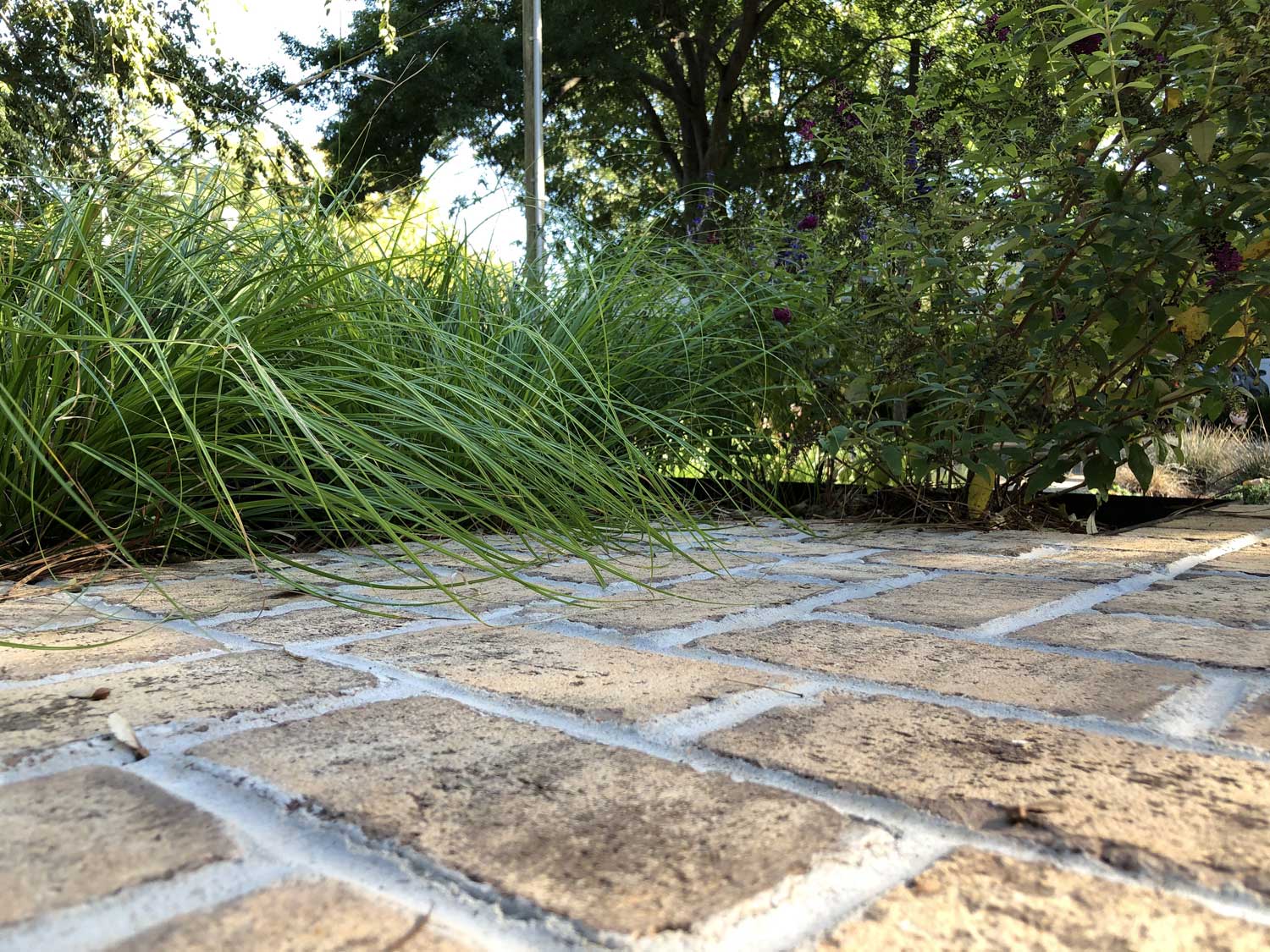 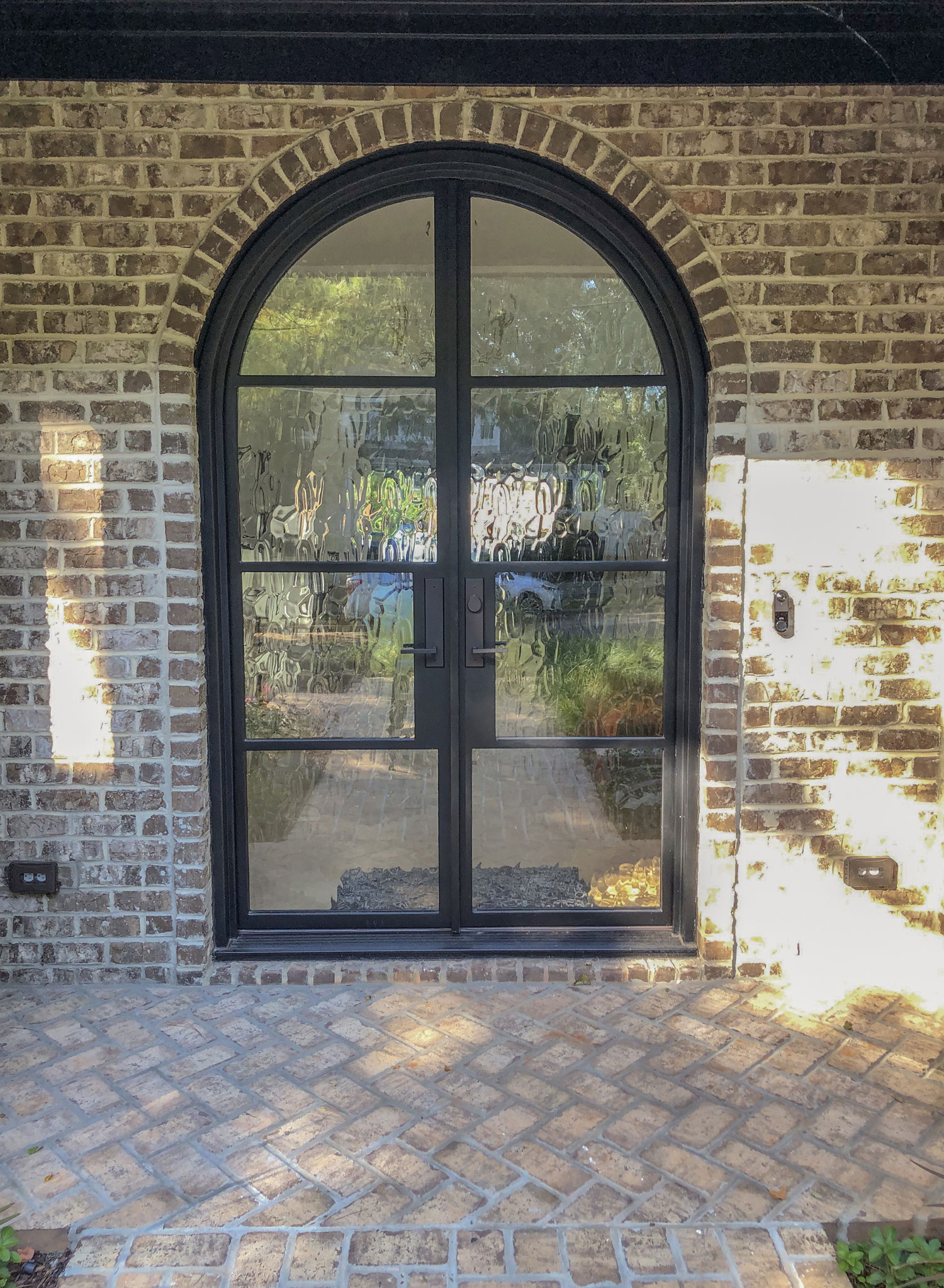 “I have always intended this to be a family home, a place to spend time with children and grandchildren and friends,” said Farr. “I envisioned the way in to the house to be as warm and inviting as the house itself and for that, a concrete pad wouldn’t do.”

The pavers, which are Pine Hall Brick Company’s Rumbled Bluffs, are tumbled after firing to mimic the look and appeal of antique reclaimed pavers. The pavers are a blend of browns with a whitish coating applied during the firing process to mimic an old, torn-out brick. 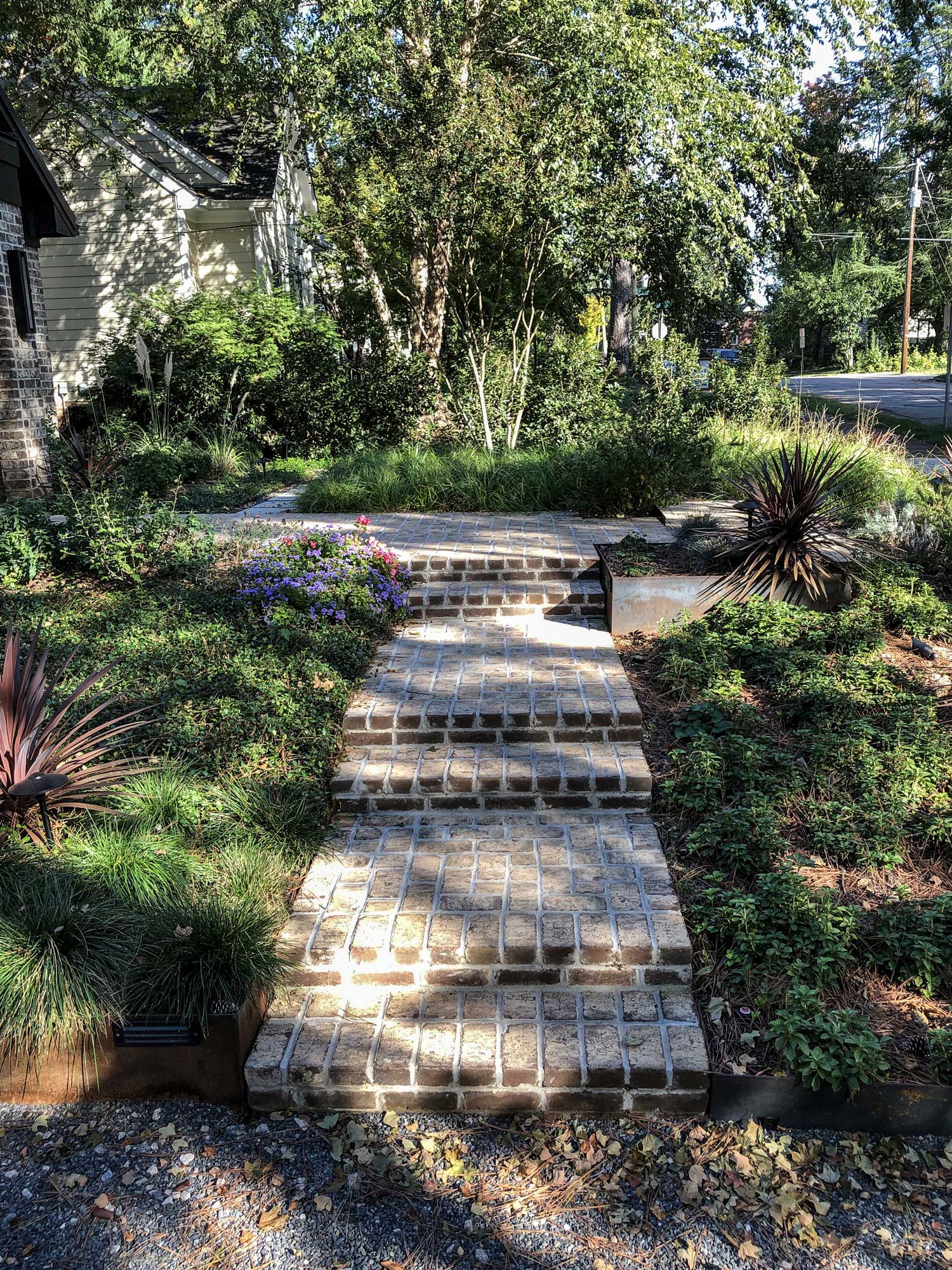 Similarly, the Barker House brick on the walls mingles greys and browns with dashes of white, which show similarities to colors from ancient European kilns. In those days, most of the brick made was the color of the clay when it was dug out of the ground and fired in the kiln. Our modern manufacturing processes mean that we can manipulate the clay and the firing process to produce a wide palette of colors.

In fact, the pavers to walls color and texture combinations are complementary to each other, because the browns and whites, along with the same roughed up texture, are both on the ground and in the wall up above. Walking up, a visitor first sees the pavers and plantings in the foreground and then the house itself.

Together, the walls and sidewalks contribute to the overall look of the house, as it relates to homes nearby.

The neighborhood was built beginning in the late 1800s, but the ones currently being rehabilitated were built between the 1920s and the 1940s. Many of the old houses are themselves made of antique face brick, which itself has a rough texture; while new construction tends, by design, to fit in with older styles. That means that Farr’s new-but-looks-old home is right in place.

And for Farr, she chose to follow the first three rules of real estate: Location, location and location. Her new neighborhood is close to neat restaurants and interesting shops nearby. 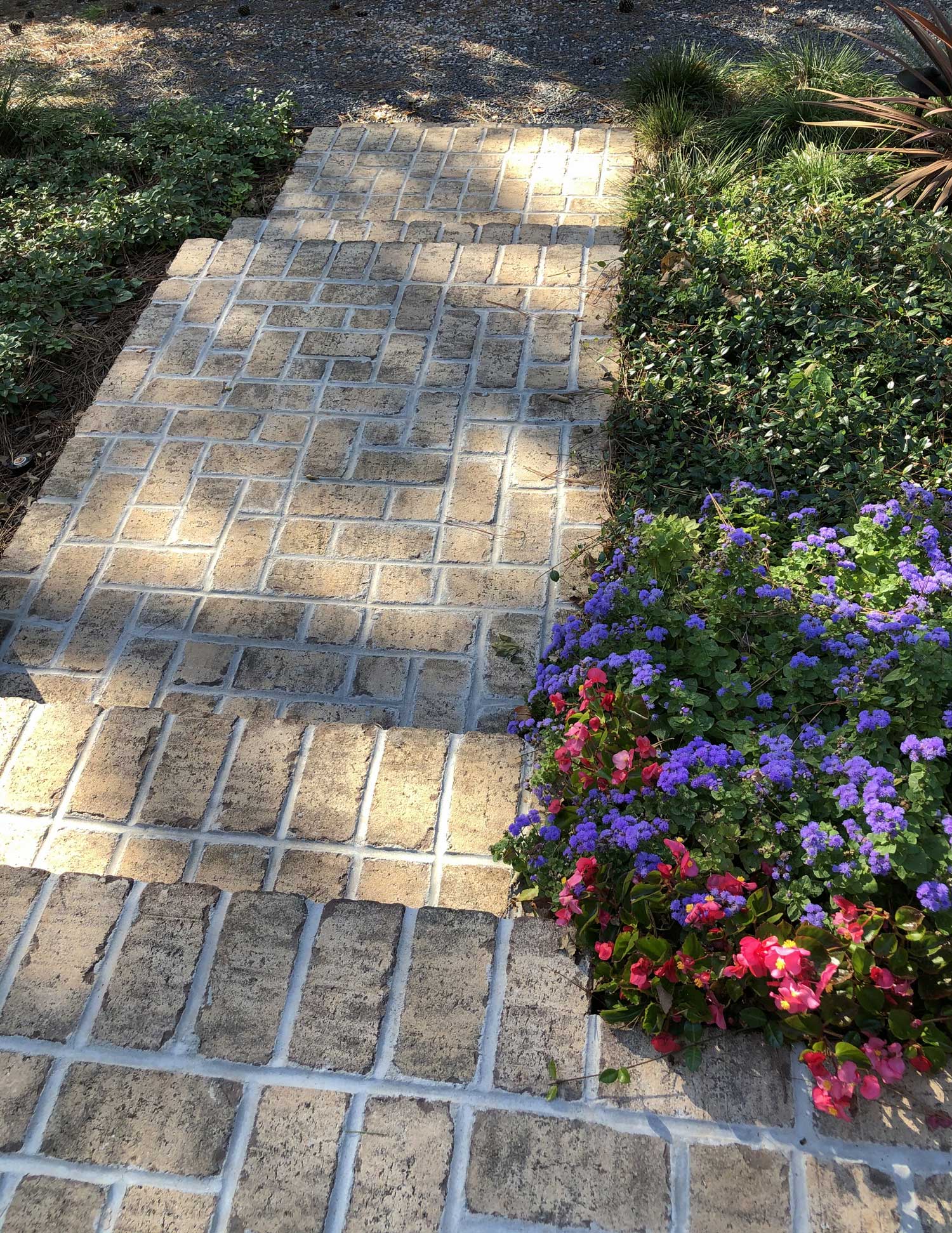 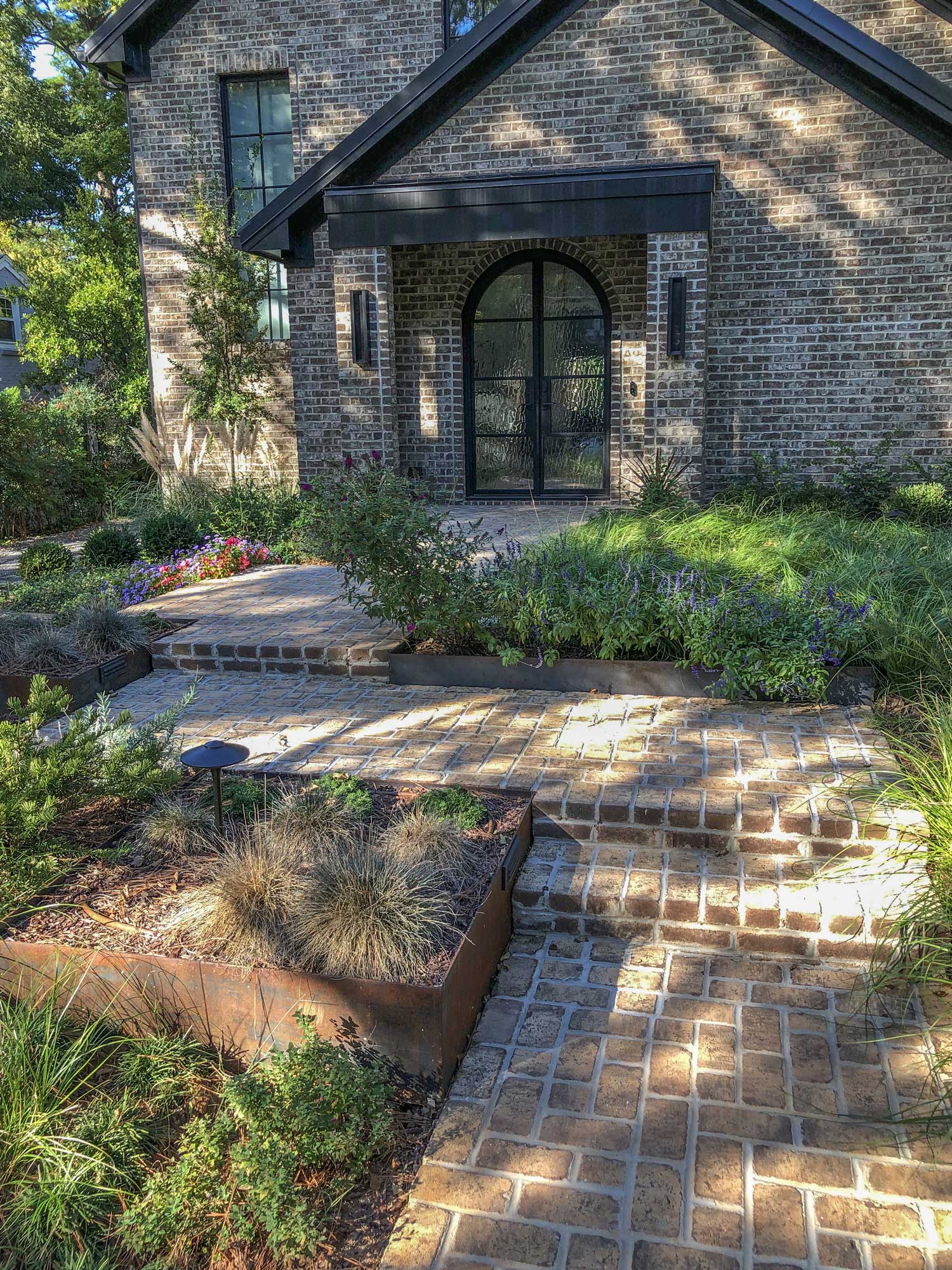 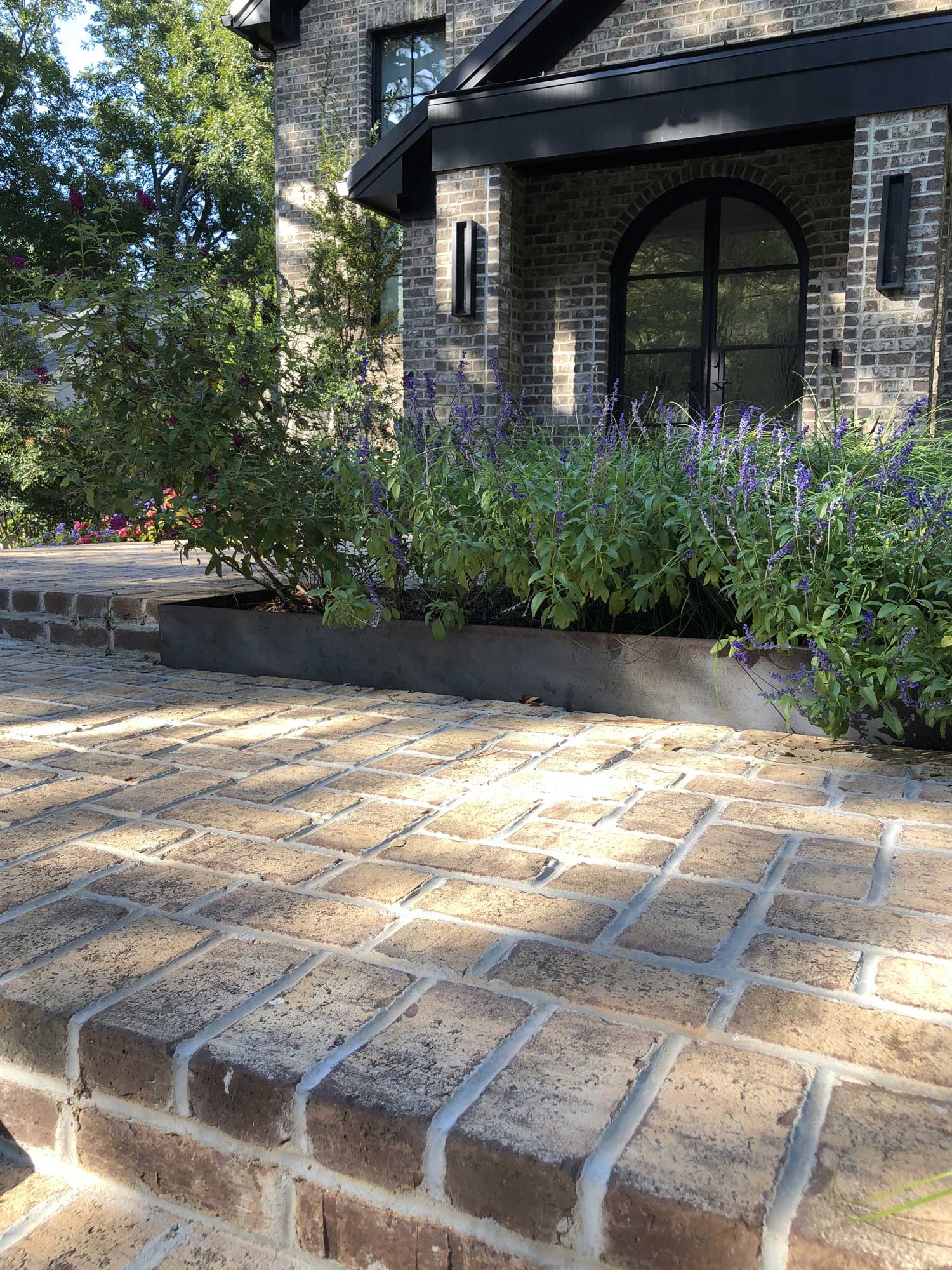 “When I first saw this neighborhood, I had to be here,” said Farr. “This is an urban area and there’s a lot of interesting things to see and do around here. I wanted a home that would both fit my needs but would not look jarring or out-of-place. I am happy with what we have, and I am looking forward to meeting my neighbors and settling in.”

And that, for longtime viewers of “Love It or List It,” is the answer. She won’t be listing it.