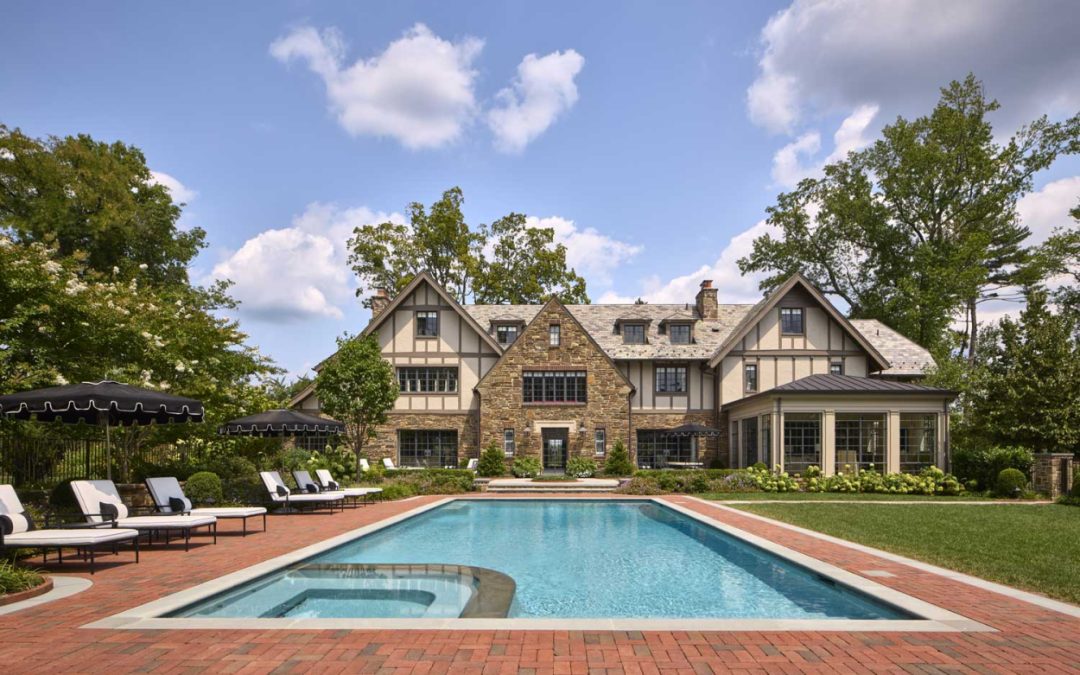 Rumbled Full Range clay pavers from Pine Hall Brick Company are used in a dramatic installation around a swimming pool at a private residence in one of the most affluent suburbs in the United States. They were chosen both for their aesthetic beauty by themselves – and for their value in providing a foreground for a classic American estate.

Haverford is nine miles from the center of Philadelphia and became popular, like several others on the Main Line, when the Pennsylvania Railroad laid tracks in the 1850s.

Prominent Philadelphia families wanted a summer house to get away from the city and did so in places like Haverford and Merion and Bryn Mawr and Ardmore – and used the train to get back and forth.

Clay pavers were selected for expansive patios and walkways in the renovation of one high-end residence because it was the only building material that was suitable, given its surroundings.
Designed by Hess Landscape Architects and installed by Heritage Stone & Marble of Lansdale, PA., the installation both reflects and extends the opulence of a bygone age.

This house, itself, is near some of the oldest and most ornate residential homes in the United States, some dating from as long ago as the 1730s, along with one of America’s oldest country clubs. This neighborhood has seen residents as varied as the founders of mutual funds, railroads, shipbuilders and oil companies. 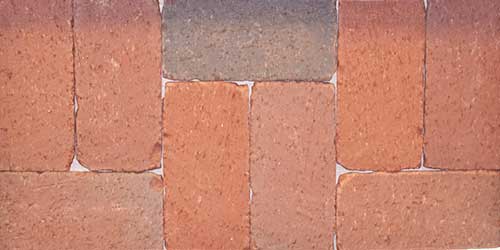 Yet, clay pavers bring it into the present, providing a floor around a modern-day swimming pool where the homeowners can relax and entertain guests.

Aesthetically, the clay pavers provide a warmth in color and texture; effectively providing a foreground against which a well-balanced vertical plane can be seen. Beginning with the white concrete at the pool’s edge and looking upward, the lawn and green plantings, the hand-set stonework and stucco framed with white vertical beams all provide visual interest and a subliminal sense of order, which adds to a feeling of peace and better allows for relaxation. This is a place where everyone will gather.

In this design context, clay pavers add texture and color, along with the value of a material that will never grow old and fade. Seen on this estate, it complements the hard surfaces of the house and poolhouse, the roadway and the garage.

It fits. The clay pavers were intended for a space to both celebrate the homeowner’s estate, while at the same time, providing a place to unwind and relax.