How to install a brick patio yourself 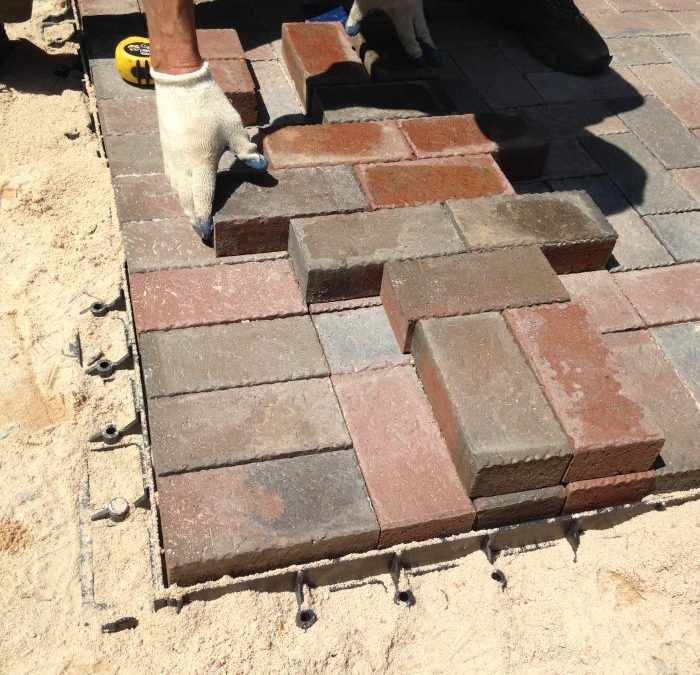 The final step is sweeping sand across the surface so it falls between the pavers, giving the patio strength and stability for years of use. All photos provided by Evan Hopkins.

Many of the latter have been inspired by the annual Pine Hall Brick Company Paver Days, which are held every spring in North Carolina. 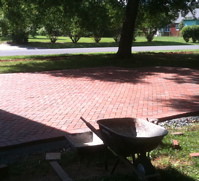 Super market manager Evan Hopkins of Charlotte came away inspired by a demonstration at the Charlotte showroom. Twelve pallets of brick and a 25-by-36 foot patio and a 30-foot long walkway later, Hopkins himself can now teach a thing or two about putting in a patio.

Hopkins took his time on the project, spending about a month including hiring a  a Bobcat operator to dig out the native North Carolina clay. He had 22 tons of gravel delivered and dumped as close as he could get to where he would need to put the gravel down. With masonry lines and a two-foot level, he checked every four feet, to make sure the gravel was properly in place. With two parallel one-inch conduit pipes and a 10-foot length of 2X4, Hopkins leveled up the  layer of rock dust (which he chose instead of sand) before laying the bricks. 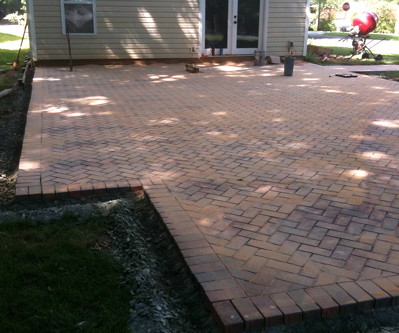 To make the cuts, Hopkins came up with a template, so that every brick that was cut at a 45-degree angle looked like every other cut. Then, as he was laying the patio, he was careful to open two pallets at a time and pick the bricks first from the front and then from the back to make sure that the patio had a random pattern of light and dark pavers.

To learn how Hopkins dug into how-to books and watched demonstrations on YouTube.

“Really, the best thing you can do is to plan it,” said Hopkins. “I did my research, I planned it out and it worked.”