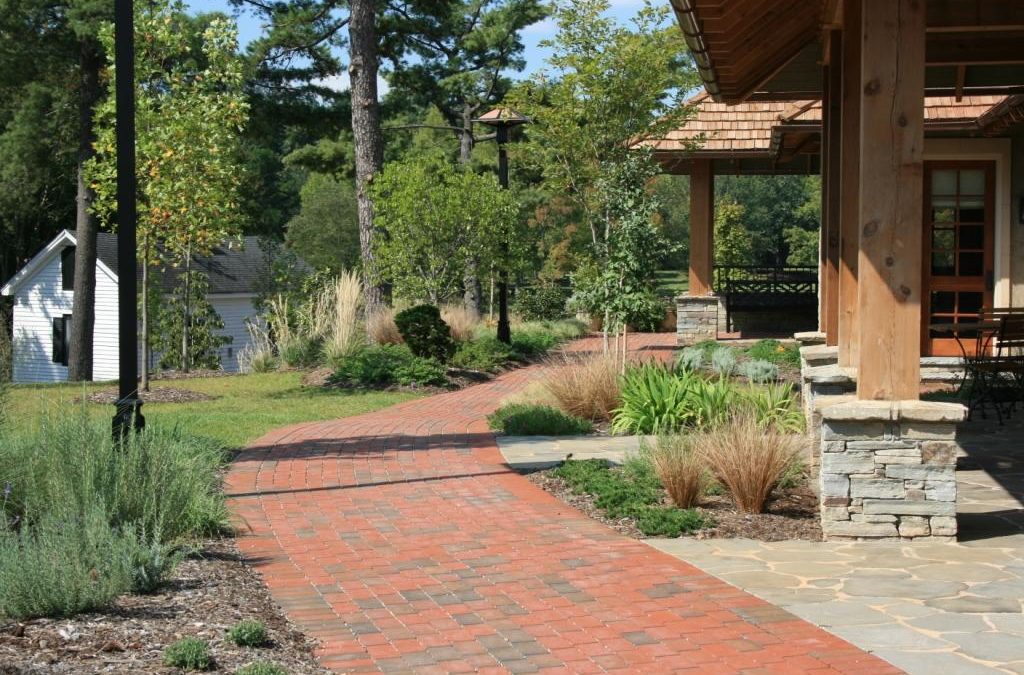 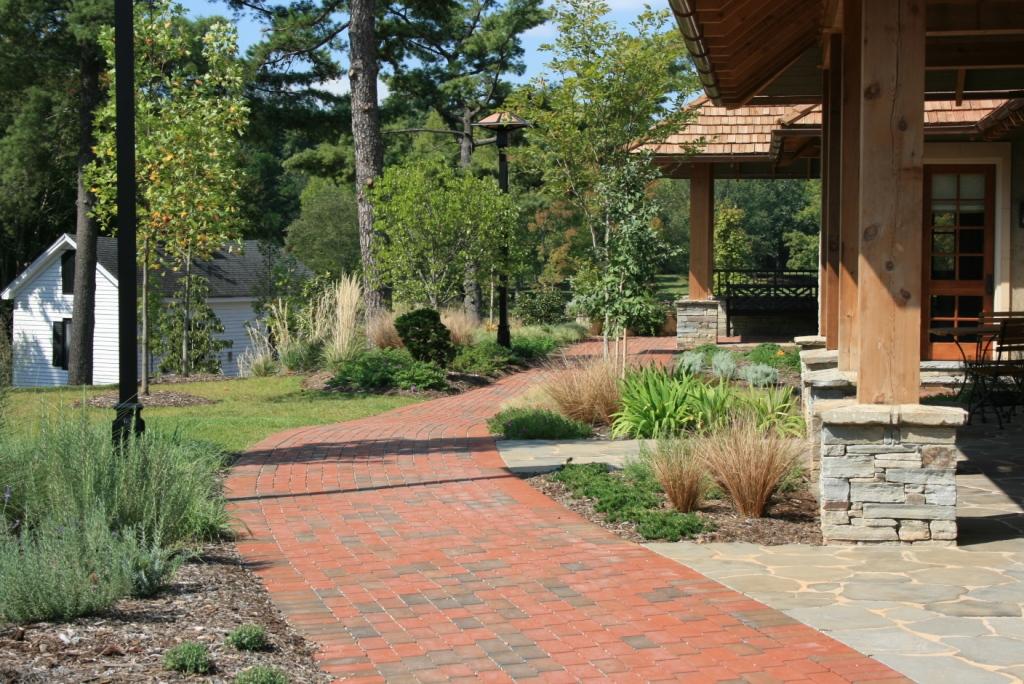 At Furman University in Greenville, South Carolina, the idea of sustainability has gone beyond the campus itself.

The David E. Shi Center for Sustainability, a 3,400-square-foot building on campus, has become one of the nation’s leading think tanks where educators, students and community members can learn more about how to implement sustainability both in their daily lives – and into the larger world beyond.

One of the most remarkable things about this place is that five years ago, it was an exhibit to show sustainability.

Now, it’s an example that demonstrates it.

These days, the center operates as the home base for Sustainable Furman, a long-range master plan to help the university, both in its academic offerings and in its physical environment, focus on ways to incorporate sustainability into daily life.

The examples go well beyond pitching office paper into a recycling bin and turning lights off when you leave a classroom. Between 2008 and 2013, Furman University invested $5 million in campus sustainability improvements. Students are now required to take a course on humans and the natural environment as part of the general education requirement. The school even offers a major in sustainability science, the only such program in the nation at a liberal arts college.

Students and faculty members associated with the Shi Center have not only talked the talk. They’ve been involved in projects to introduce nutritious food into parts of the community where supermarkets are scarce; weatherize homes in economically disadvantaged neighborhoods; and plan a proposed outdoor visitors center that showcases the Upcountry’s natural beauty and cultural attractions.

Visitors to the Shi Center also can learn a fair amount about sustainability by looking around them. 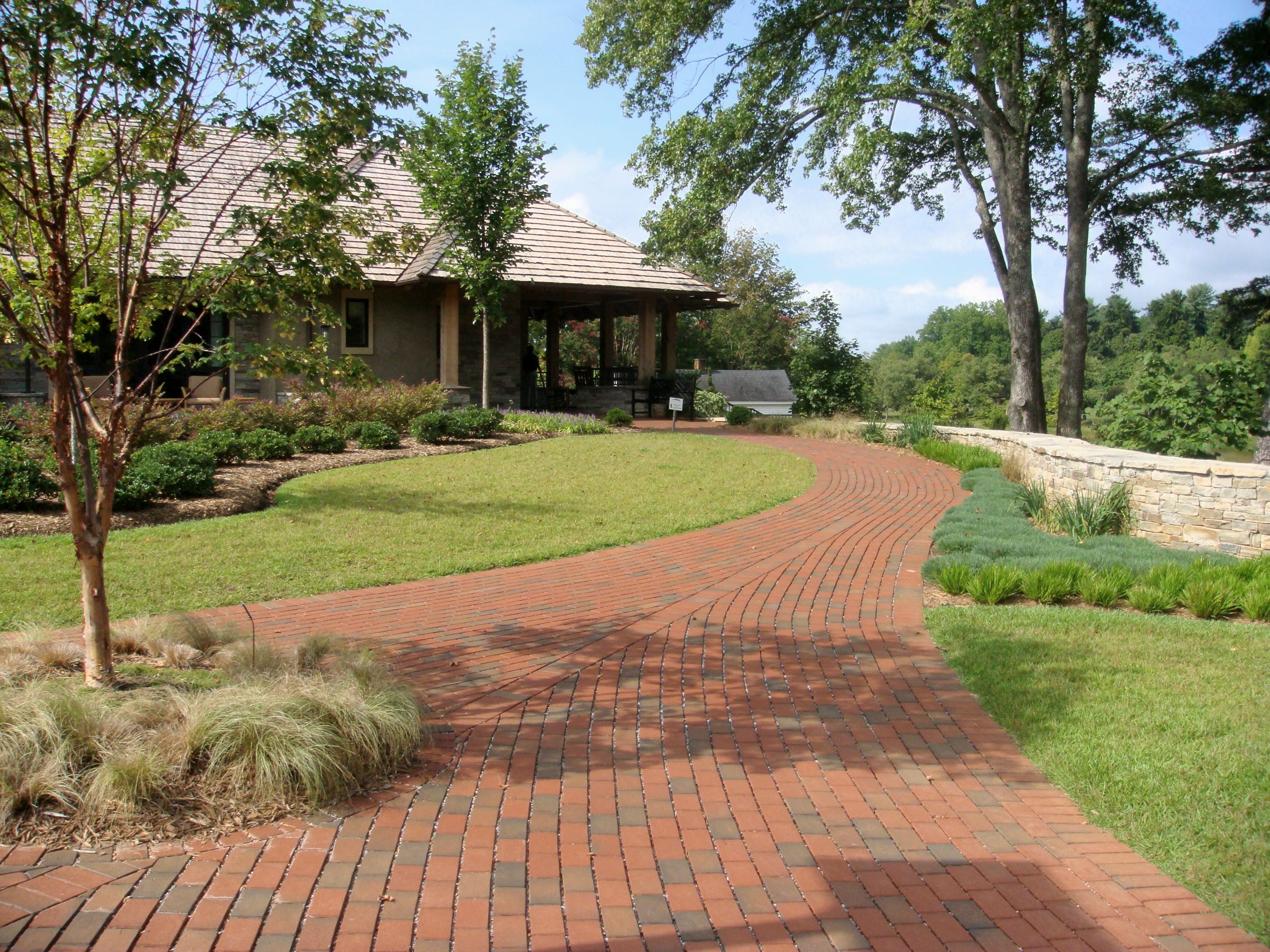 That’s because the Shi Center itself is an example of a repurposed building.

Before it was an academic building, the Shi Center was The Cliffs Cottage at Furman, a showcase home built in collaboration with Southern Living magazine. The idea was to build a home that made extensive use of sustainable and energy-efficient materials.

That included bamboo flooring, a geothermal ground source heat pump, a photovoltaic system and Energy Star-rated appliances. After construction was complete, it was certified as LEED® Gold.

But the commitment to an environmentally responsible design didn’t end with the house itself. Outside, it uses xeriscaping and drought-resistant plants to minimize the facility’s water consumption, as well as extensive use of StormPave® clay permeable pavers by Pine Hall Brick Company in the walkways and terraces around the house. 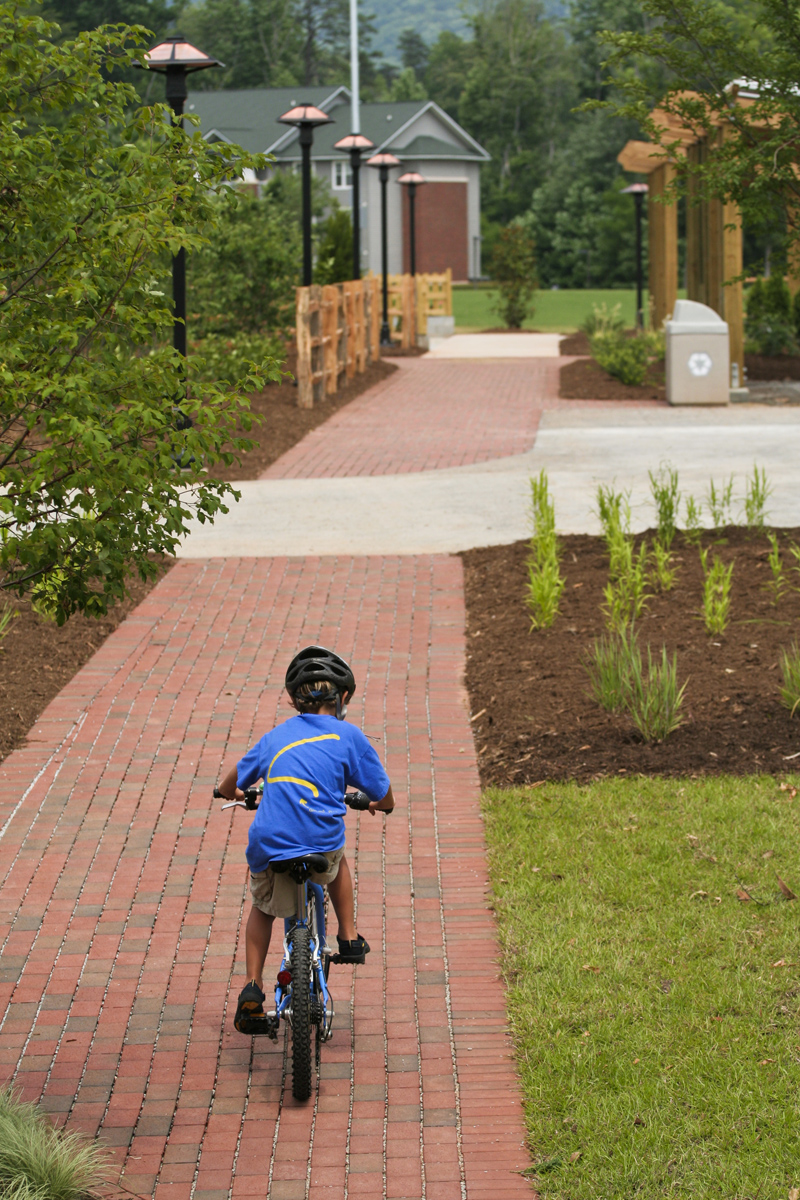 “The Pine Hall Brick clay pavers were a perfect addition to this project,” said Ed Marshall, who served as project director on the original Cliffs Cottage project. “It is really a marriage of design and function. What a beautiful product that meets our criteria for sustainability perfectly.”

When installed in a “best practice” permeable pavement installation design, the pavers allow rainwater to infiltrate through the walkway surface to the groundwater below, which acts as a natural filter, instead of flowing across the surface to a storm drain and picking up pollutants along the way.

StormPave® has the advantage of resembling other clay pavers in Pine Hall Brick’s product line, which have been chosen by landscape designers for years for their permanence and aesthetic appeal. Many of those installations have been done on college campuses – the classic red-brick sidewalk across campus – complete with many of the pavers inscribed with the names of donors to past fundraising campaigns. In the case of Furman, the new pavers visually connect the pedestrian walkways of the house with the existing pedestrian clay paver walks used elsewhere on the university’s Georgian campus.