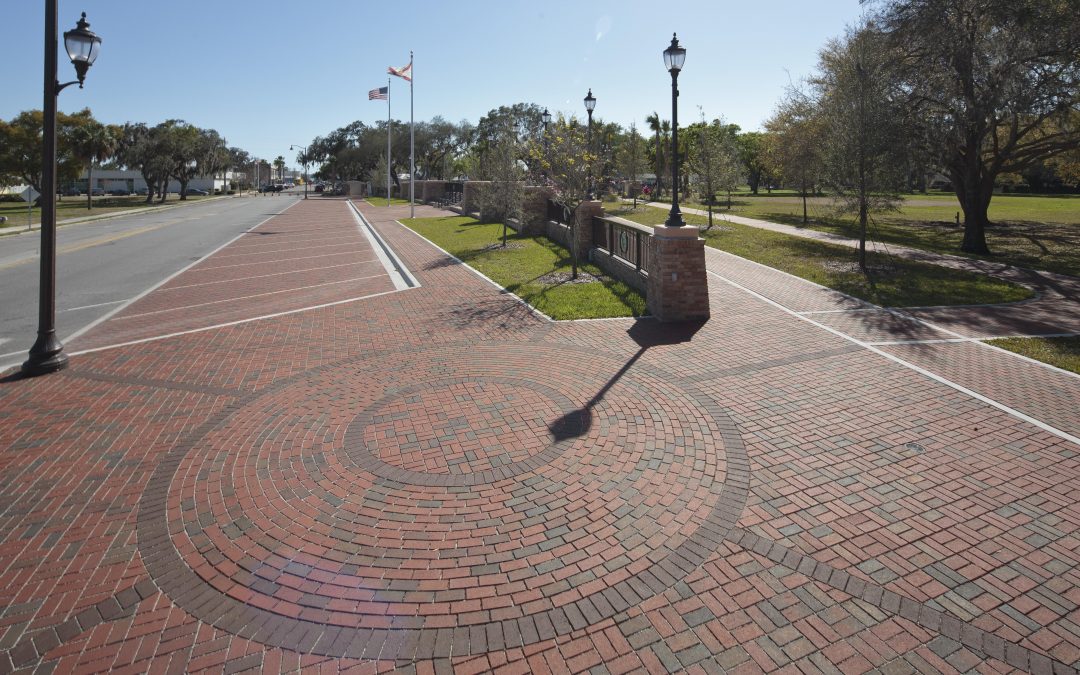 Sutton Park, the centerpiece of Palmetto, Florida, has earned a Gold Award from the Brick Industry Association’s annual Bricks In Architecture competition.

While the award goes to those who designed the park, made the materials that went into it and did the work to build it, the real winners are those who are fortunate enough to live in Palmetto or visit on a regular basis to enjoy Sutton Park.

Located on the Manatee River on the west central coast, Palmetto recalls its agricultural history while expanding into new industries that will create jobs for future generations. Palmetto is an idyllic suburb to nearby Tampa, St. Petersburg and Bradenton.

Against this backdrop, the city converted a former high school football field into Sutton Park, named for local resident Ben Sutton–a 1964 graduate of that same high school who was killed in the Vietnam war–to honor all veterans of the military. Sutton Park and the adjacent Lamb Park form a central green-space corridor within the central business district. 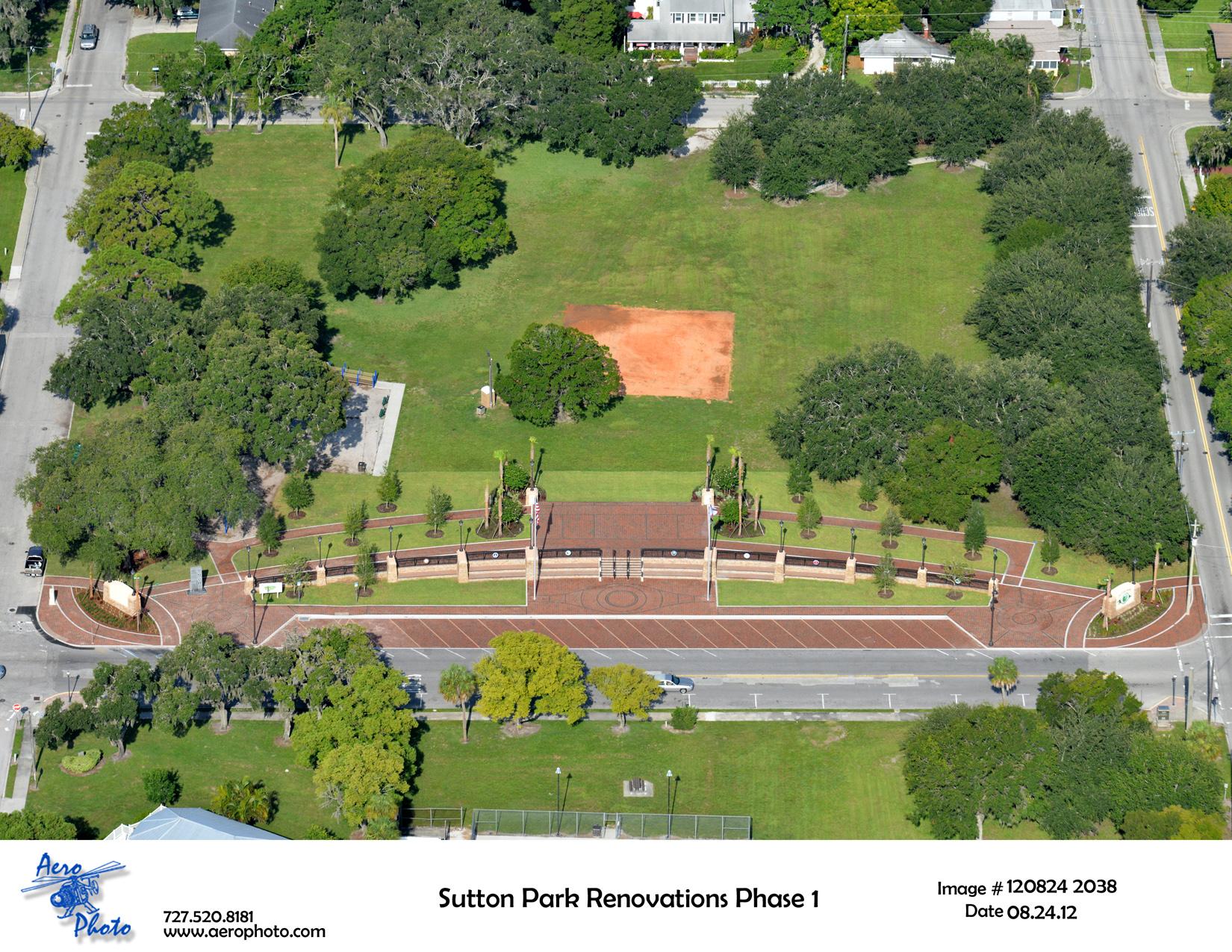 The park is a central part of the community. Families picnic regularly there and on Friday nights, there are outdoor movies. It’s used for yoga, pilates and other fitness routines. Bicyclists and pedestrians share the space. And it’s used as a staging area for parades and concerts.

The challenge in designing the project was twofold. First, the designers wanted to incorporate green construction into the design. Second, it placed a specific emphasis on minimizing stormwater runoff which flooded during heavy rains dumping untreated water into the Manatee River.

For the first priority, the design included permeable pavers, LED lighting, drought tolerant landscaping and a low-volume irrigation system using treated effluent. And for the second priority, approximately 23,000 StormPave® pavers from Pine Hall Brick Company were specified because they provided a way to treat stormwater on site, were durable enough to withstand both pedestrian and vehicular traffic and were inexpensive to maintain. Several heavy rainfalls, including one tropical storm, tested the StormPave® installation and it worked flawlessly.

On the ground, the aesthetics of the pavers are an advantage. The variety of colors allowed design flexibility both in how the project looks and in how it allowed designers to create gathering areas using concentric circles and other patterns to subliminally guide visitors around the park. In one example, paver patterns were altered to help steer pedestrian and bicycle users in separate directions. 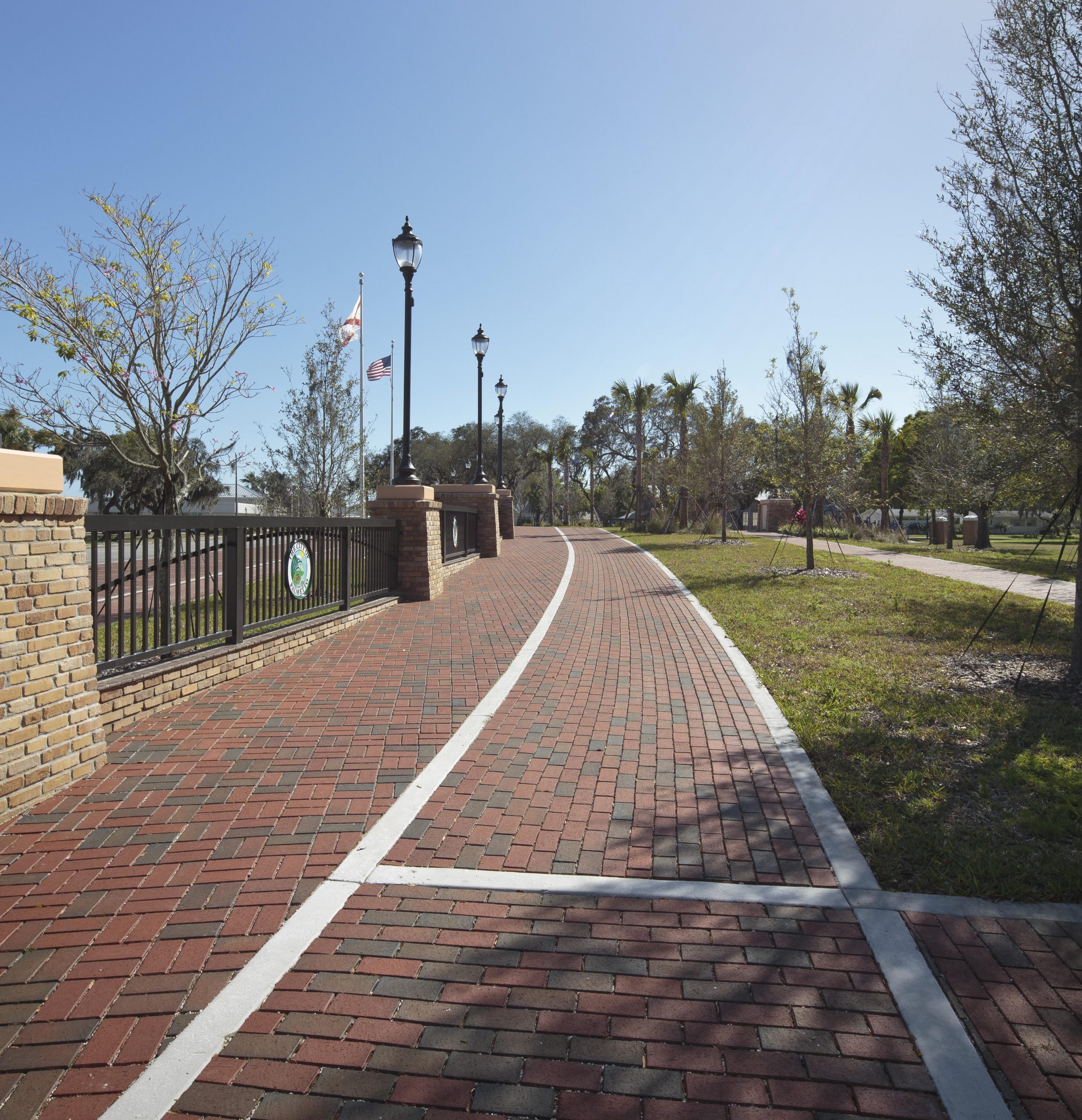 As it turned out, the aesthetics also sent a message. The goal was to reflect the town’s values, such as the importance of family and of traditions that endure over time. That sense of tradition unique to Palmetto is spelled out in the use of clay brick columns and StormPave® pavers, which are being used in other projects in the area.

That same theme of values that endure over time was also reflected in the choice of materials themselves. Because the projects were built to last for decades, the town chose materials built to last, instead of faux stone and concrete. The color in clay bricks and pavers goes all the way through and never changes, so they will look the same 50 years from now as they do today, with minimal maintenance.