Downtown revitalization looks to the past, plans for the future with pavers 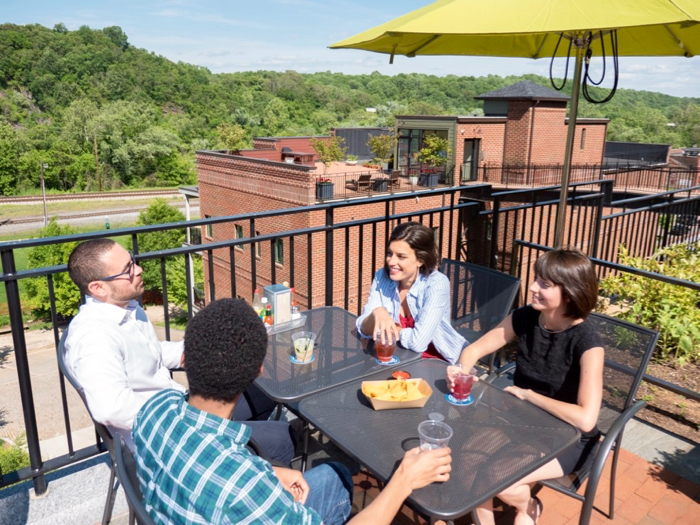 Like many cities, Lynchburg, Virginia was at a crossroads of downtown revitalization. Retail and residential development outside the city center left the once-thriving downtown down on its luck, as shoppers and retailers moved to brand-new strip shopping centers on the outskirts of town.

Something, clearly, needed to be done.

Ashley Kershner, executive director of the Downtown Lynchburg Association, said discussions by civic and government leaders led to the adoption of the 2001 Downtown and Riverfront Master Plan. City Manager Kim Payne and Rachel Flynn, a city planner, believed strongly that improvements in downtown could bring benefits to the entire city.

A pledge by the Lynchburg City Council of $1 million a year for 20 years for downtown infrastructure has subsequently spurred millions more in private investment.

At the centerpiece of the downtown revitalization has been the 8-acre Riverfront Park project, which effectively revitalized the Historic Downtown Riverfront and nearby urban streets. 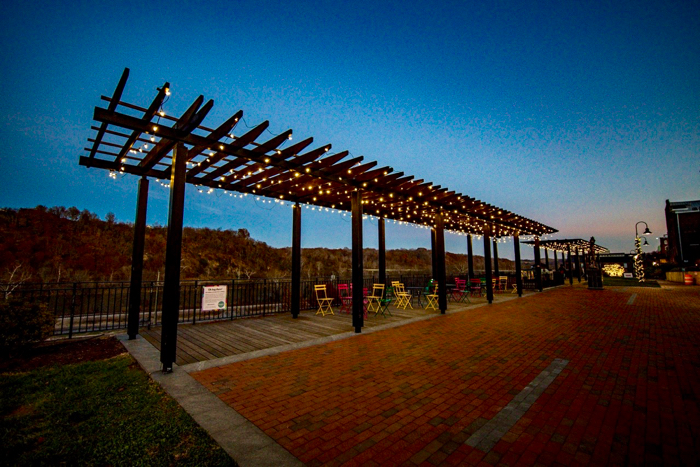 One of the larger projects within the revitalization effort is the Lower Bluffwalk, designed by Charlottesville, VA-based Kennon Williams Landscape Studio (KWLS). It contains a series of public spaces and sidewalks that connect the Lynchburg downtown to the Riverfront. As part of that, KWLS designed infrastructure projects including rain gardens, biofilters, pedestrian bridges, pergolas, grand staircases and the redevelopment of several main streets, according to the KWLS website.

The Bluffwalk itself is a pedestrian walkway which uses Pine Hall Brick Pathway Full Range pavers. The Bluffwalk is a series of walkways, overlooks, trails and staircases that connect both Jefferson Street and Commerce Street. It runs between 12th Street and 9th Street with entrances at each of the streets in between. The Bluffwalk opened to the public on August 12, 2015. 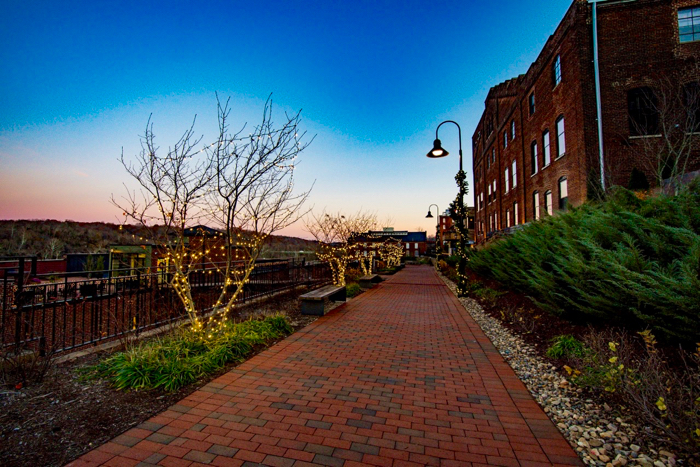 The design makes use of the pavers because of their color, both because there are red brick buildings in downtown and because dark purple accents within the pavers are complementary to the colors of granite accents nearby, as well as for their ease of maintenance.

“In 2040, Downtown Lynchburg will be a bustling and thriving urban core; the economic, social and cultural hub of Central Virginia – a destination for visitors and a livable neighborhood for residents. Both locals and tourists alike will enjoy a diverse offering of retail, restaurants, and recreational activities set in a downtown rich with historic architecture, unique topography and vibrant public spaces.—Lynchburg 20-year Master Plan

Another important consideration was durability because there are places on the Bluffwalk that must accommodate service vehicles. Chet Brockwell, regional sales manager for Boxley Lynchburg, a Pine Hall Brick Company distributor, said the pavers were specified after they were installed in an earlier project, the sidewalks, and crosswalks on Jefferson Street.

They stood up so well that when the time came to begin construction on the Bluffwalk itself, it was a no-brainer to continue using the same product.

“The Bluffwalk is really the centerpiece of the renovation of downtown Lynchburg,” said Brockwell. “And the same pavers are used throughout downtown, so it ties everything together very well.” 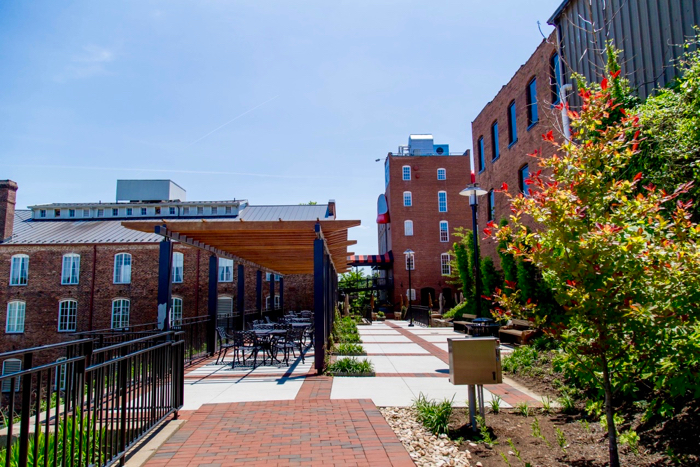 The Downtown Lynchburg Association has even invited the public to make their own permanent contributions to Bluffwalk. Laser-inscribed pavers, which will be installed in a random pattern near the Water Bearer Statue on 12th Street, are being sold to help support the Association’s work. The engraved pavers cost either $100 or $150 each, depending on size, and can be used to commemorate a loved one, promote a business or express support for downtown.

The revitalization effort has been successful thus far. Today’s visitors will find 38 restaurants, many locally owned shops, high-end boutique hotels and major attractions like the Academy Center of the Arts and Amazement Square. It has also become a residential area with more than 900 residential units and between 1,200 and 1,500 residents and a center of commerce with the local headquarters for Pacific Life and BWXT.

If it sounds as though you have heard this story before, you have. An ailing downtown prompts concern among city leaders, public money is invested to successfully attract private investments. Thus, downtown is repurposed to again be a place where people live, shop, work and play.

Lynchburg’s neighbor to the south, Durham, NC, went through a similar process with a renovation centered on the then-shuttered American Tobacco Company factory complex

Downtown Durham Inc., the city’s economic development office for downtown, says that since 2000, more than $1.7 billion has been invested in the center city. Today, more than 60 retail stores, 100 restaurants and bars, and 1,700 residential units – are located in downtown in an area just under one square mile.

Both Durham and Lynchburg are continuing their own respective downtown development activities.