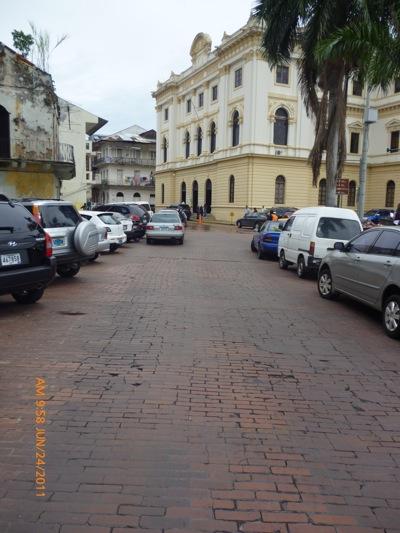 Clay brick pavers from Pine Hall Brick Company have been used in a number of different preservation projects, from the Colonial-era historic district of Annapolis, Maryland, where the surrounding neighborhood saw the beginnings of a new nation, to the campus of Flagler College in St. Augustine, Florida, which began life as a hotel complex begun in 1885 by Henry Morrison Flagler, who was a business partner with John D. Rockefeller in Standard Oil.

The story begins in 1671, when the pirate Henry Morgan looted and destroyed Panama Viejo. The survivors moved inland and founded Casco Viejo, in hopes of warding off future attacks from the sea. In the time since, Casco Viejo (The Old Quarter) has expanded into today’s Panama City, Panama. 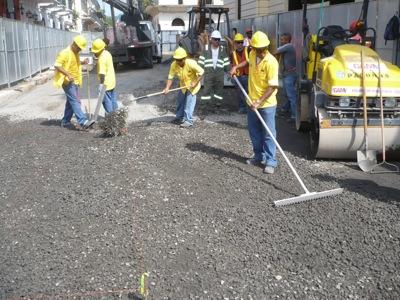 Today, the Old Quarter is undergoing a restoration, part of which involves replacing the brick streets with custom-made Pine Hall Brick pavers. In all, 1.5 million custom-made pavers are being made and shipped from the Pine Hall Brick Company plant in Fairmount, Georgia by container truck to the port at Savannah, then by ship to Panama.

Walt Steele, Pine Hall Brick paver business manager, says the pavers were made to look as similar as possible to the pavers they replaced. When the Panama Canal was built, local brick makers made standard house brick with smooth outer surfaces. Some of those brick ended up being used to pave the roads in the Old Quarter, and they have been patched and re-patched ever since. The custom-made pavers that Pine Hall Brick made for the project have smooth surfaces and are somewhat smaller than modern pavers. 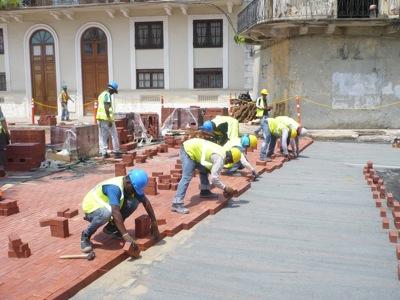 Why were pavers from Pine Hall Brick Company chosen? Because original bricks were meant for buildings, not roadways, and didn’t last. The planners specified that the pavers had to meet an engineering standard for heavy vehicular use. With a tested compressive strength of between 12,000 and 15,000 pounds per square inch, the Pine Hall Brick pavers exceed the standard.

Greg Ambrose of Fairlawn Consulting, who usually leads seminars to teach paver installation, was hired to travel to Panama to oversee the paving part of the job site and immediately found that he would have to start almost from scratch.

Most of the installers were used to concrete pavers, which have lug spacers in between them. These had no spacers and many of the workers tried almost instinctively to butt the clay brick pavers too tightly against each other.

There were also complaints from residents, mainly because of the disruption that the project caused. Streets were shut down to replace underground utilities, before the paving project began. There were concerns from some over whether pavers set on sand with sand in between would indeed stay in place as promised. Others pointed out that stormwater falling from rooftops with no gutters, would likely wash the sand away and cause the pavers to shift. 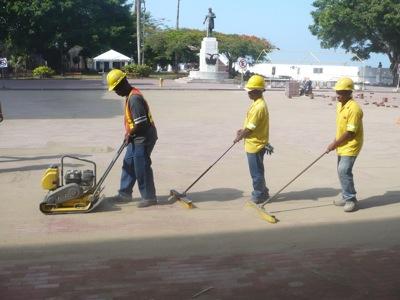 Ambrose said those initial complaints have slowed, because streets have reopened and traffic hasn’t moved or damaged any of the pavers. To ease the concerns over stormwater, Ambrose has brought in joint binder and shown the workers how to install it.

And while he had access to translators and could conceivably review the principles of how clay pavers and sand combine to form a strong bond, Ambrose said he taught the same way he always does in the United States, by picking up pavers and showing his students how it’s done.

“The hands-on part of it is the thing that really translates,” says Ambrose. “You can’t explain the advantages and disadvantages. You can’t explain to them what you are doing, but when they see it being done, that proves that it works.”

For Ambrose, working on the project was the opportunity of a lifetime. The Panamanian president’s home is three feet away from the jobsite, and armed guards looked on as Ambrose and his crew worked. Because the work is so close to the surrounding neighborhood, babies in diapers, kids on bicycles and adults walking to work sometimes share the job site with the workers.

Ambrose enjoyed being able to experience Panama as a part-time resident and not as a tourist and he grew to love the food and, especially, the coffee. He also enjoys seeing the reaction of the local people as phases within the project were completed. 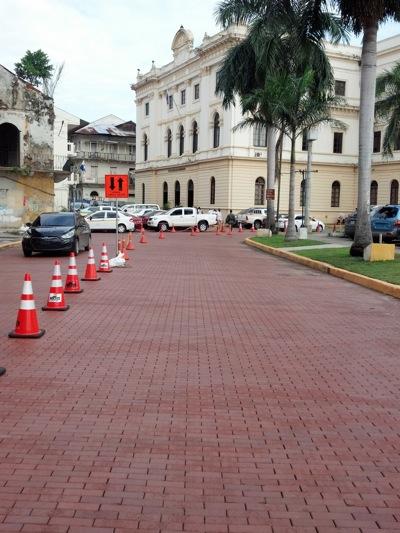 “The more traffic gets on it, the stronger it is and the better it is all around,” says Ambrose. “The key was opening it up so they could drive on it and realize that yes, this is good.”