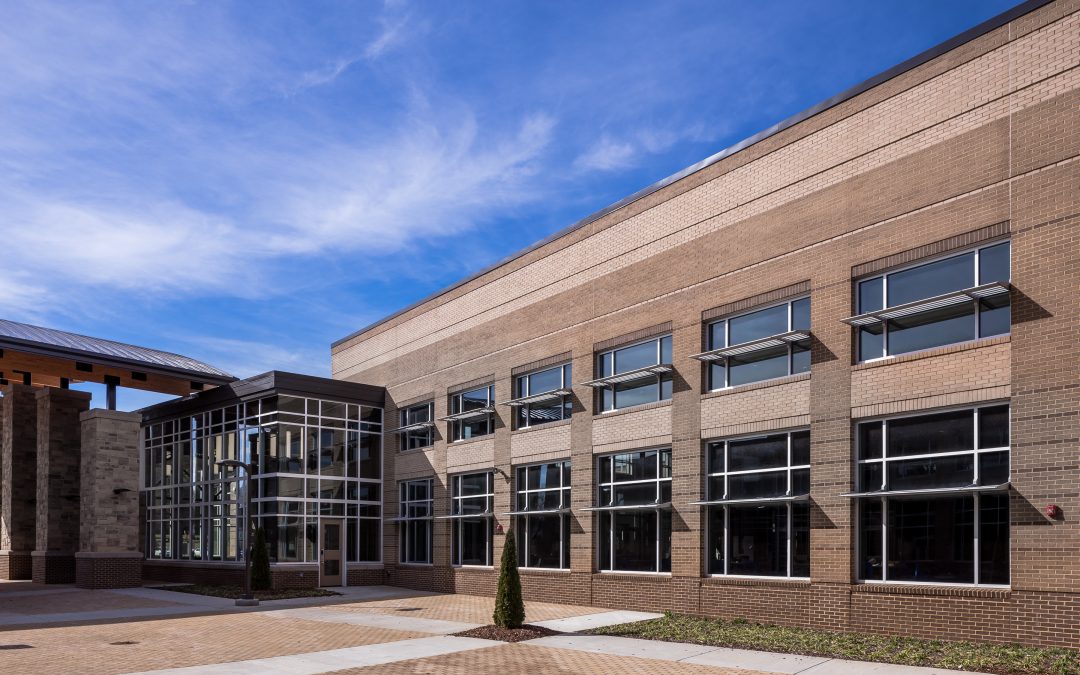 The school campus that comprises Mae Jemison High School and Ronald McNair Junior High School in Huntsville, Alabama is a study in contrasts: the traditional and the modern, the old and the new, the past and the future.  But mostly, this place is about the future – and about the possibilities that the future holds.

Naming a school after astronauts has a special meaning in Huntsville, because it’s the home of NASA’s George C. Marshall Space Flight Center. It’s where the Apollo and Space Shuttle launch vehicles were developed and it’s where part of the International Space Station was designed and assembled.

“Even though brick is a centuries-old product, the design team worked to use the product to express a modern style that would endure for the life of the building,”
—Robert Mercer, AIA, Chapman-Sisson Architects

What’s required in such a school (in a neighborhood in which a number of parents are not only as smart as rocket scientists, they ARE rocket scientists) is a focus on STEM (science, technology, engineering and mathematics.) The school is home to the Greenpower program, which allows students to build their own electric-powered race cars and race them on a track that’s part of the school campus. 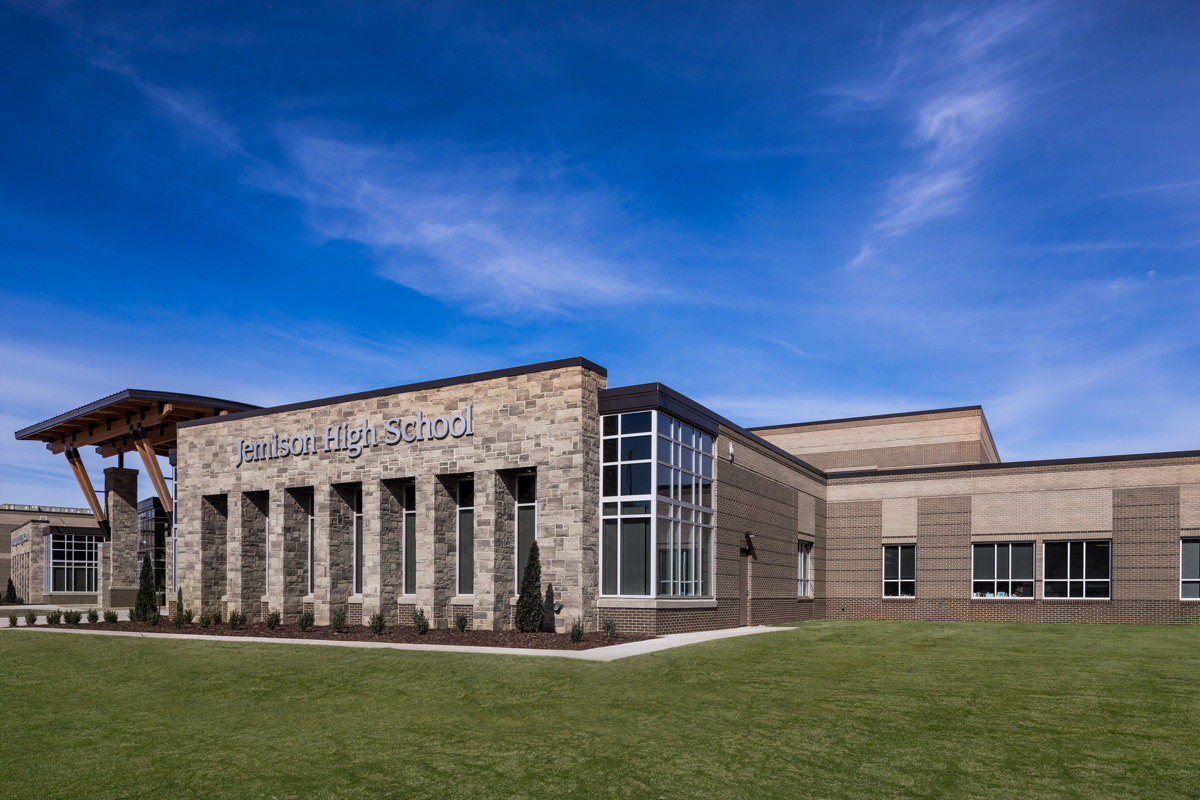 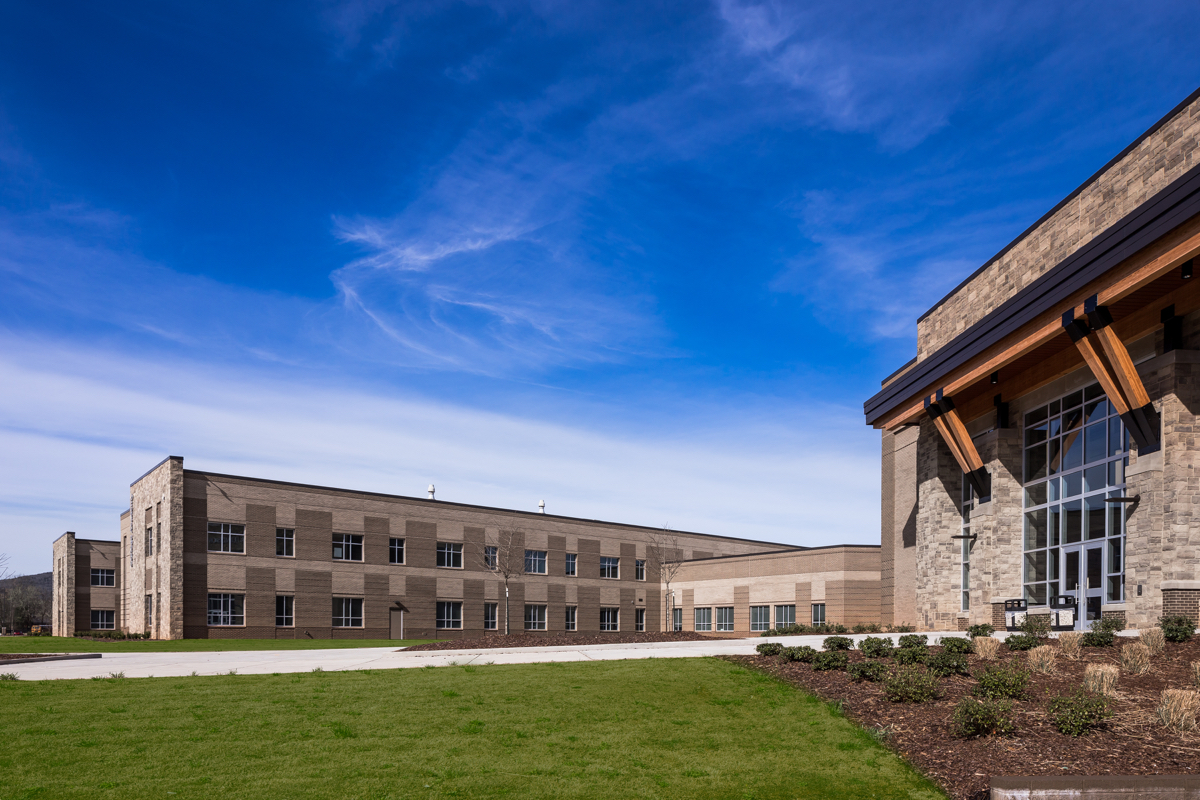 The school carries an environmental theme to the building itself. Although not formally classified as a green building, the design team did use best environmental practices in mechanical and electrical systems, as well as using building materials that are local and sustainable. The most prominent material specified was brick and pavers from Pine Hall Brick Company, which because of its longevity and durability will add significant value now and in the future, according to Robert Mercer, AIA, of the Huntsville-based architecture firm Chapman-Sisson Architects.

The school opened this school year for the first time. The 57-acre campus features more than 300,000 square feet of learning space, a 650-seat auditorium, two collaborative cyber-media cafes and two competitive gymnasiums. Although the schools share the same site, they operate independently of each other and are separated by a large wooden canopy which doubles as an amphitheater serving both schools.

Mercer said that clay brick from Pine Hall Brick Company was the first choice for the exterior of the school because it accomplished the design goals of blending with the surrounding residential neighborhood and when coupled with stone and wood elements, provided a more natural appearance. The massing of the brick design was done on purpose to tie the two schools together, so that the junior high students feel that they were part of the high school campus by utilizing similar elements. The brick was also versatile in that it came in several colors, which were used to highlight lintels, pilasters, columns and the building base, while maintaining a consistent look throughout the campus. 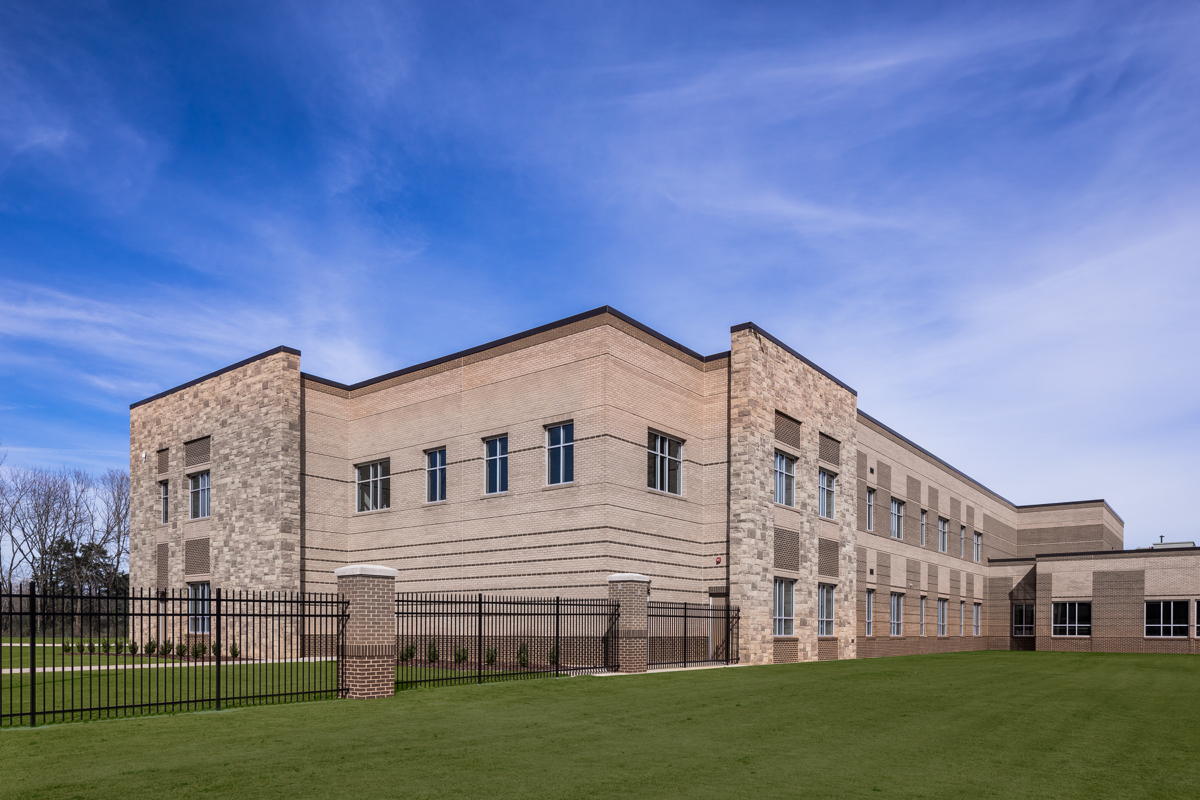 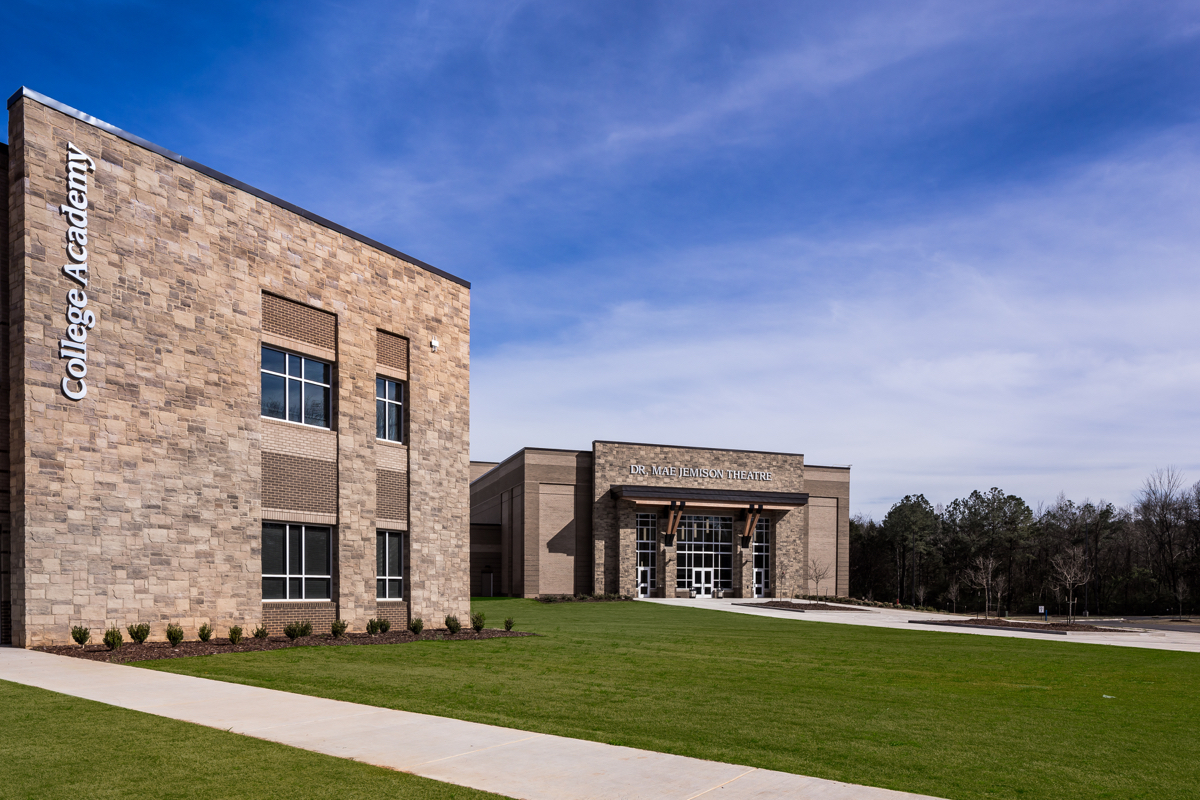 Mercer said that unlike many building products, brick has an aesthetic of scale – and enabled architects to break down the mass and scale of the high walls with recessed courses and alternating colors. That was only possible because brick is modular and can be manipulated in different ways.

Brick was also chosen because the intention was to build a building that would last more than 50 years and would evoke a timeless style and character that would endure for centuries to come. Mercer said that brick allowed for relatively simple forms that were both welcoming and familiar.

And useful, in more ways than one. It’s long been a theory in the design of educational facilities, in both K-12 and higher education, that students rise to the level of their surroundings. In this place, for these students and in this town where finding ways to conquer space travel is a leading industry, the sky’s the limit.