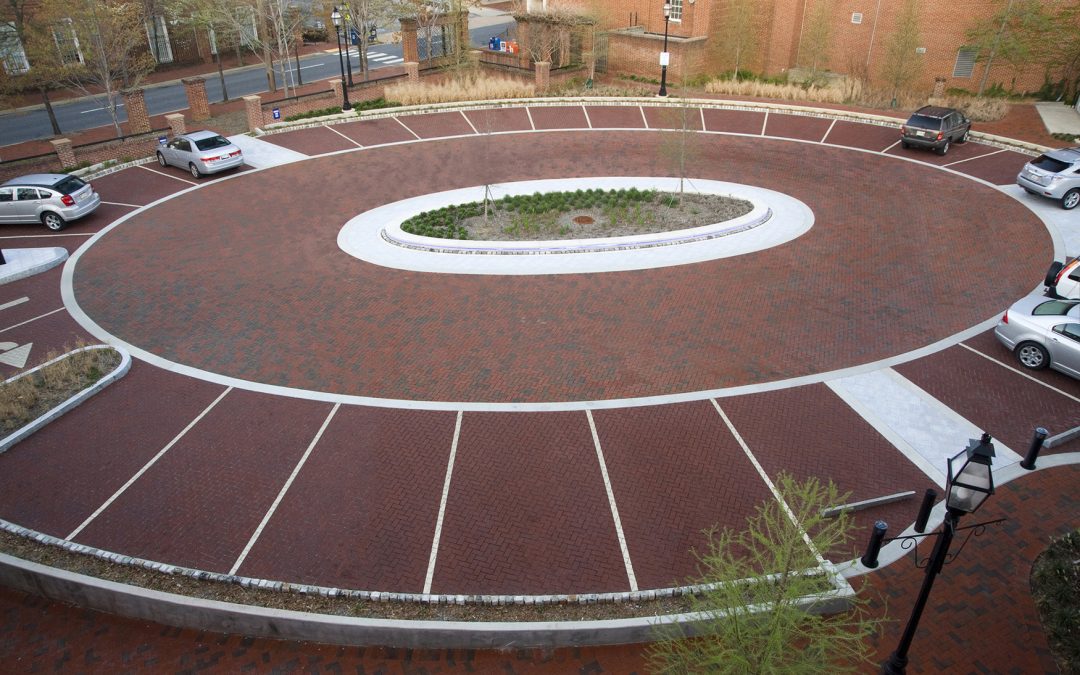 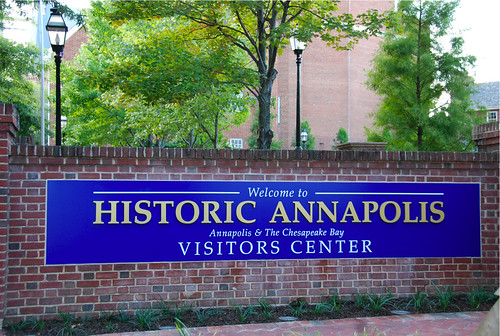 But officials in Annapolis, Maryland, found that they efficiently drain rainwater from a 100-year storm,  help with archaeological research and can even help prevent pedestrians from slipping and falling.

The story starts last September. Annapolis was hit by the remnants of Tropical Storm Nicole and its accompanying deluge of a little more than 9 inches of rainfall in a 24-hour period, which a National Weather Service hydrologist ranked as between a 100-year and a 200-year rainfall.

(That means that there is a chance of between one-half percent and one percent of that much rain falling in that length of time in any given year.)

The rain fell in torrents onto the parking lot of the Annapolis & The Chesapeake Bay Visitor’s Center, which was paved with StormPave®  clay brick permeable pavers from Pine Hall Brick Company.

From there, the rainwater promptly disappeared.

Landscape architect Shelley Rentsch, RLA, ASLA, principal of the O’Doherty Group (www.odohertygroup.com), which oversaw the design of the installation, said the 10,000-square-foot parking lot directs rainwater  underground to six rain gardens that are on the edge of the property. From there, the water goes to an outflow pipe.

Rentsch said that Tropical Storm Nicole has been the only time that any drainage has come from that pipe and then, it was only a trickle.

The $795,000 project was funded mostly through a federal grant from the American Recovery and Reinvestment Act through the Maryland Department of the Environment. The Baltimore Sun reported that the city paid $64,000.

Here’s a cross-section illustration of how water permeable paving works. Click to enlarge.

Rentsch said the project’s goal was to create a green parking lot that was welcoming to visitors to the city, while at the same time, complementing the surrounding historic district, which is made up of red brick buildings, some of which date from Colonial times.

“We went about it to create a people place, and it was more about that than it was about the engineering,” said Rentsch. “The aesthetics, the engineering and the environment should come together every time.”

In a way, the StormPave ® installation has even contributed to the area’s history. Excavations at the job site led to the discovery of two privies owned by Charles Carroll of Carrollton (1737-1832), a wealthy Maryland planter who was an early advocate of independence from Great Britain and the last surviving signer of the Declaration of Independence.

Lily Openshaw, project manager for the City of Annapolis, said that 7,857 of catalogued artifacts were recovered as archaeologists worked alongside paver installers.

“We came up with a monitoring plan, which identified what we considered the hot spots, and we scheduled for their field person to be out at the site when the contractor went into those areas,” said Openshaw. “When she would find something she would have them move. I think we stopped one full day, but we were able to work with them on staging and let them keep working.”

The bonus is that the engineering design kept the paver installation above the existing grade, which preserved as much of the undisturbed soil as possible.

That means that any artifacts remaining in the ground will remain as they have for the past two centuries. Additionally, it is relatively easy to remove clay pavers, set them aside and then put them back, which means that researchers could conceivably come back and do further archaeological digs in the future.

Openshaw said that the installation has had one unexpected bonus: No ice.

In the past, the parking lot was paved in asphalt. In winter, it would typically rain, the water would puddle up and then freeze. Sometimes, the city would have to rope off  the parking lot, to keep down the possibility of fender benders and falls to the pavement.

Openshaw said that this winter,  it rains, the water goes into the ground and the brick pavers dry out. There’s no standing water and no ice.

“It has performed better than expected,” said Openshaw. “This is fabulous, it really is, and it looks beautiful, too. 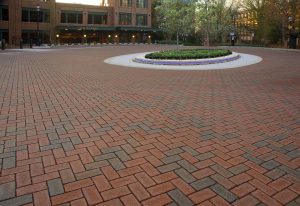