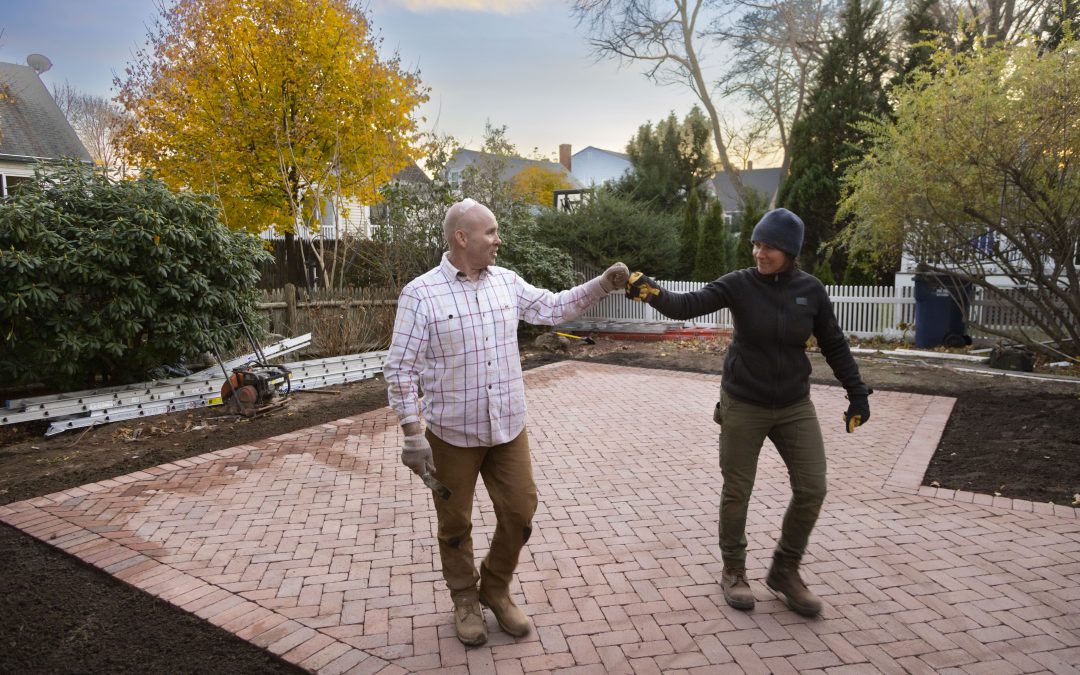 In late February, Pine Hall Brick clay pavers were ready once again for their closeup, as they were featured in a segment of the PBS program This Old House. 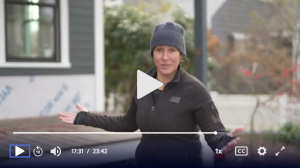 Rumbled Beale Street pavers were chosen for a “new old looking” patio as the ideal complement for an 1894 Victorian home in West Roxbury.

The idea was to build a big patio in a small back yard, to give homeowners Derek Rubinoff and Robyn Marder a place to escape and relax. Pine Hall Brick Company provided five cubes, or 520 square feet, of clay pavers for the project. 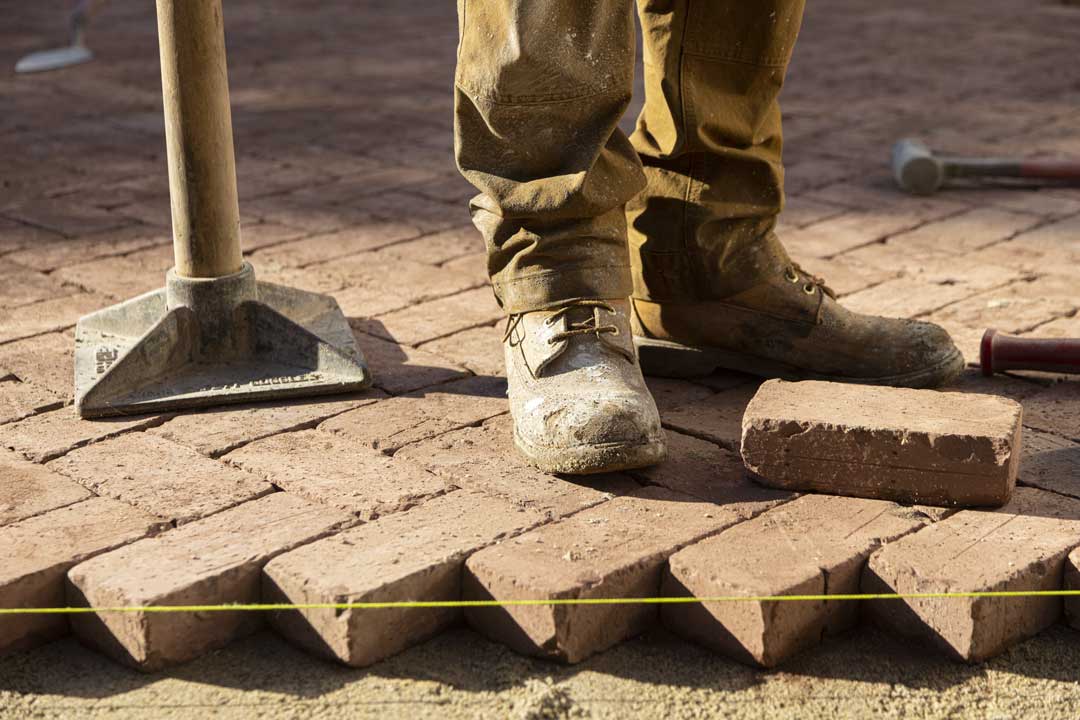 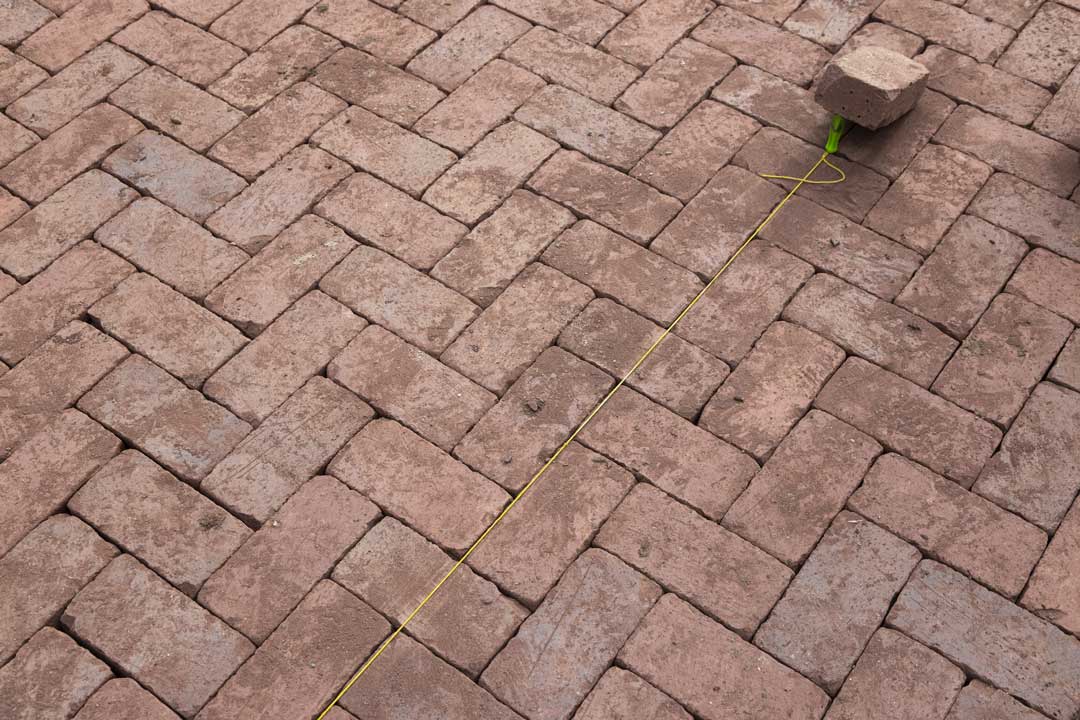 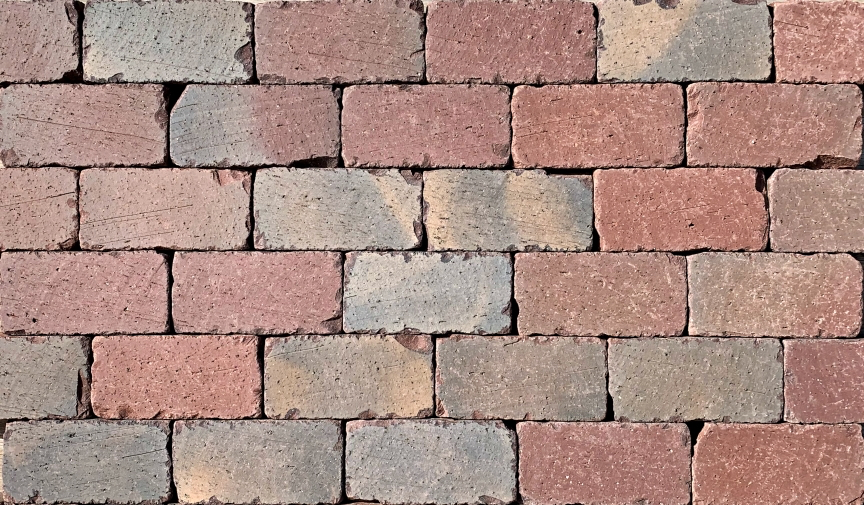 The West Roxbury Beale Street pavers will clean up to show a range of shades.

On build day just before Thanksgiving, crews excavated the site and put in a solid base of crusher run and compacted it.  Landscaper Jenn Nawada and mason Mark McCullough started out with field mockups, to show different patterns. After reviewing basketweave and a 90-degree herringbone, they settled on a 45-degree herringbone, with a sailor course to define the edge.

“The homeowners really want their backyard to become an oasis from their busy, everyday urban life,” said Nawada. “So we are creating a substantial sized patio in a small back yard.”

In a lesson that mixed geometry and paver installation, Nawada and McCullough started from a corner and used mason lines, a square and a speed square to get the angles right, to set the first three pavers in place. Everything else in the patio was laid from those first three. Full pavers were placed up to the sailor course and pavers were cut to fill in the spaces. 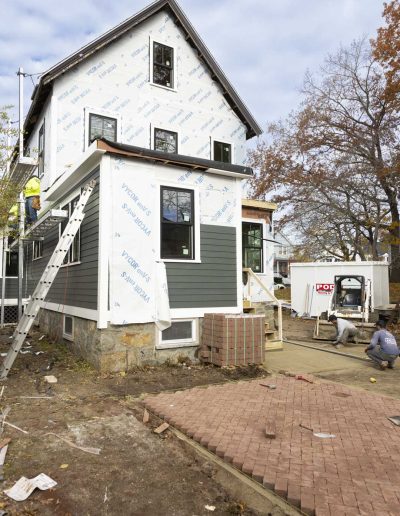 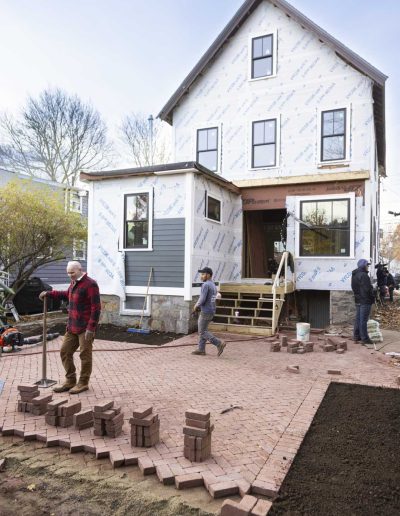 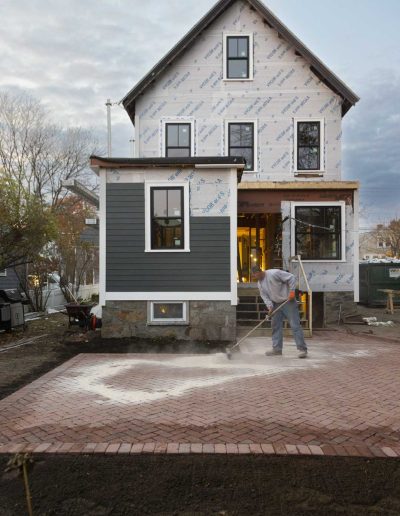 Nawada noted that making a cut meant that the remainder of the paver could be flipped over and used to fill adjacent gaps, which meant that done correctly, almost nothing was wasted.

The video shows the placement of the pavers, laying them down, cutting them to fit with a circular saw cooled by a garden hose and tapping them into place, until the final two pavers.

“Check out this space,” said Nawada. “Look at this design pop – it’s an extension of the house. You can put your barbecue here, your table and chairs over here.”

McCullough said that there was more than enough space on the patio.

“Look at the room we have over here,” said McCullough. “You can have a party right here.”

“I would call this an urban oasis, valuable space on a city lot,” said Nawada. 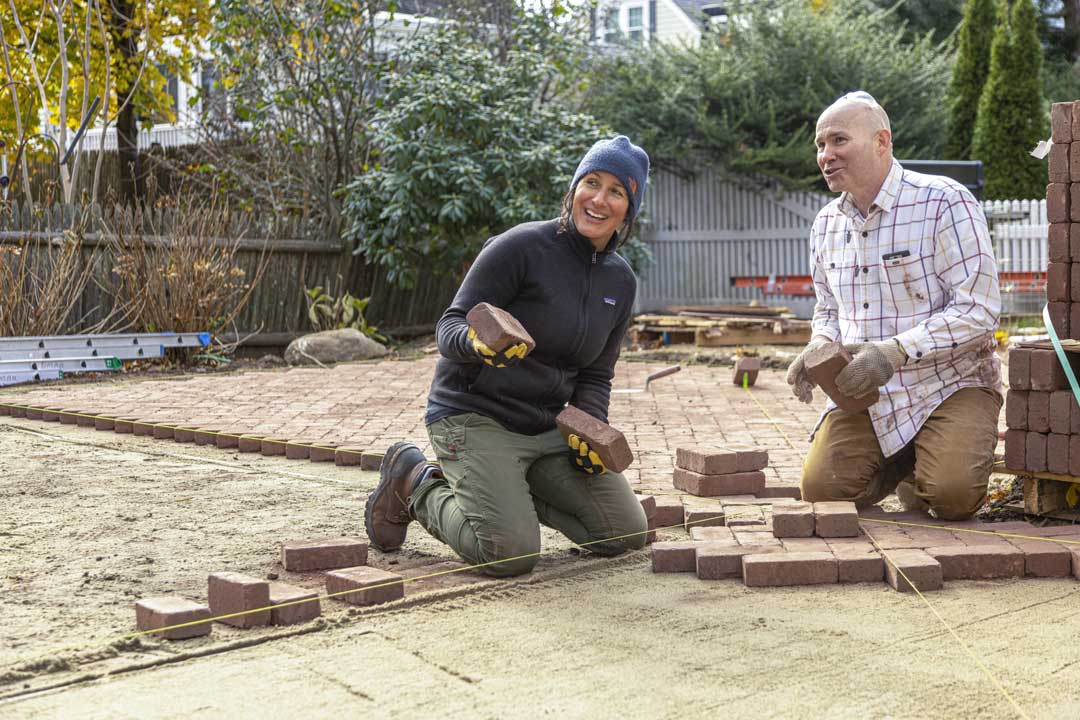 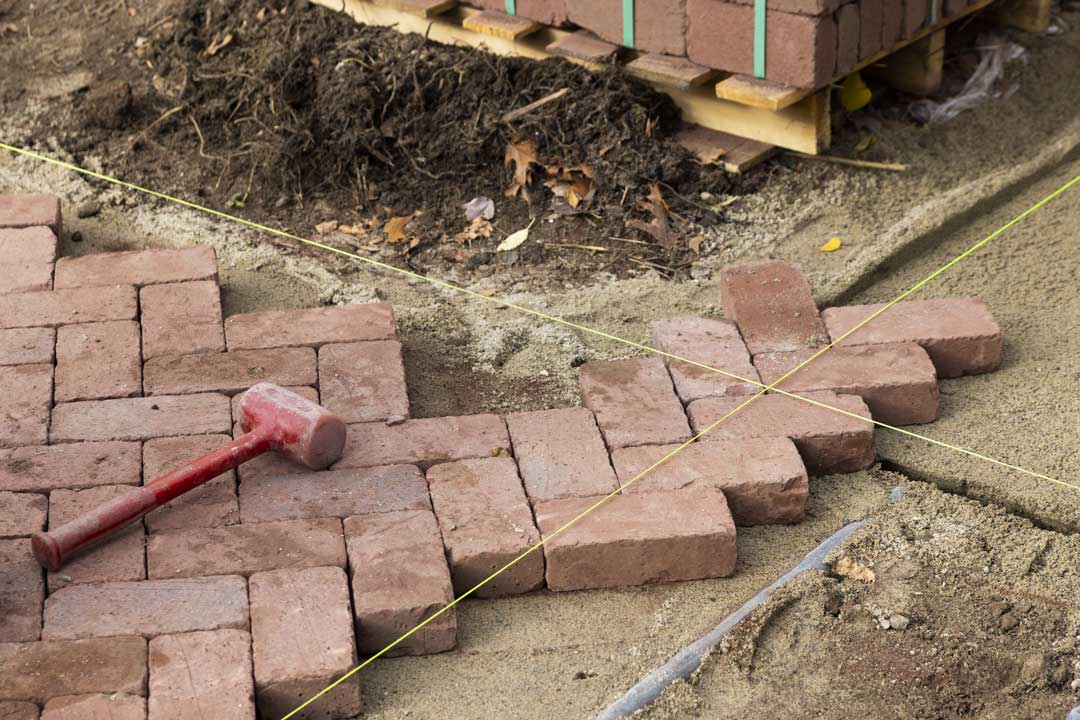 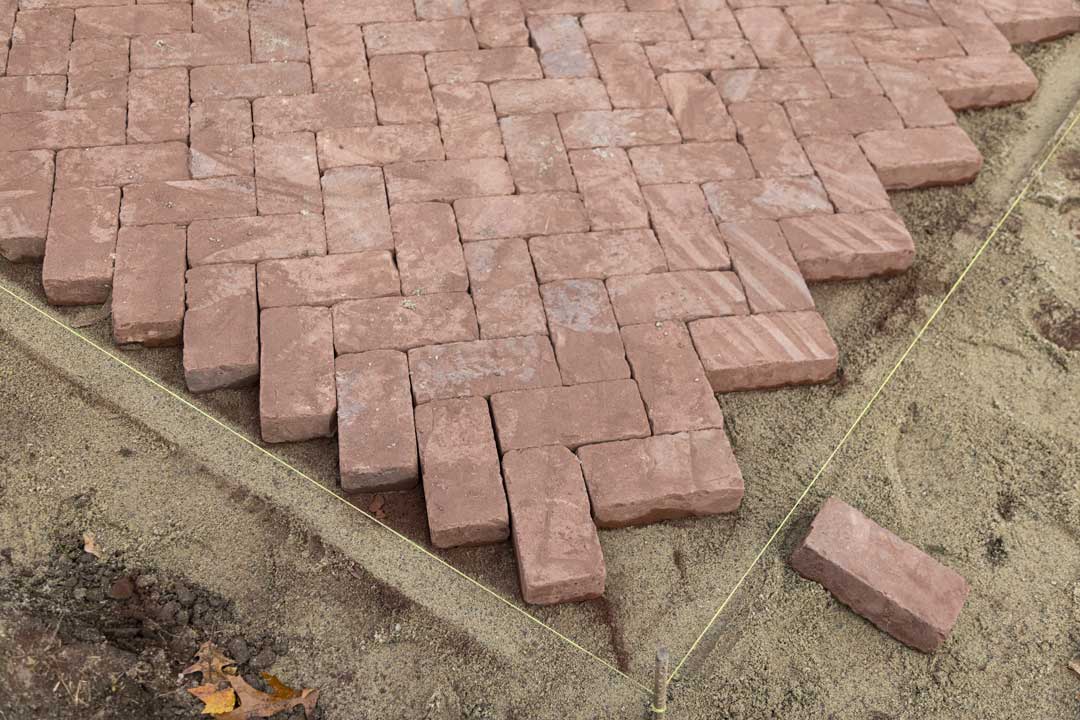 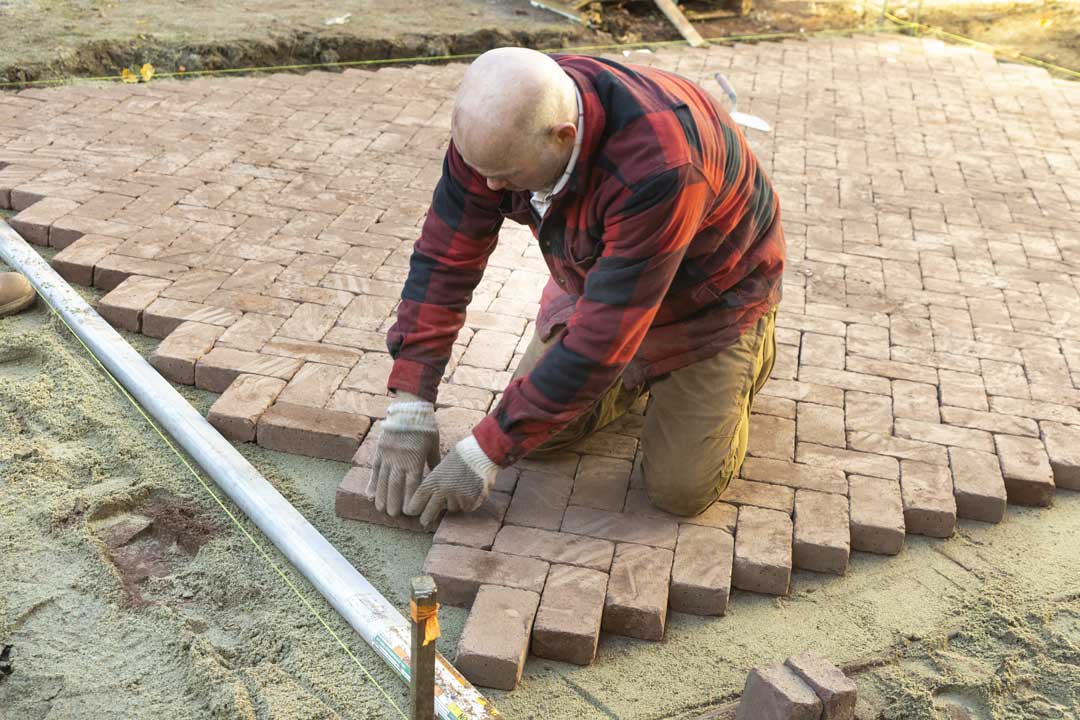 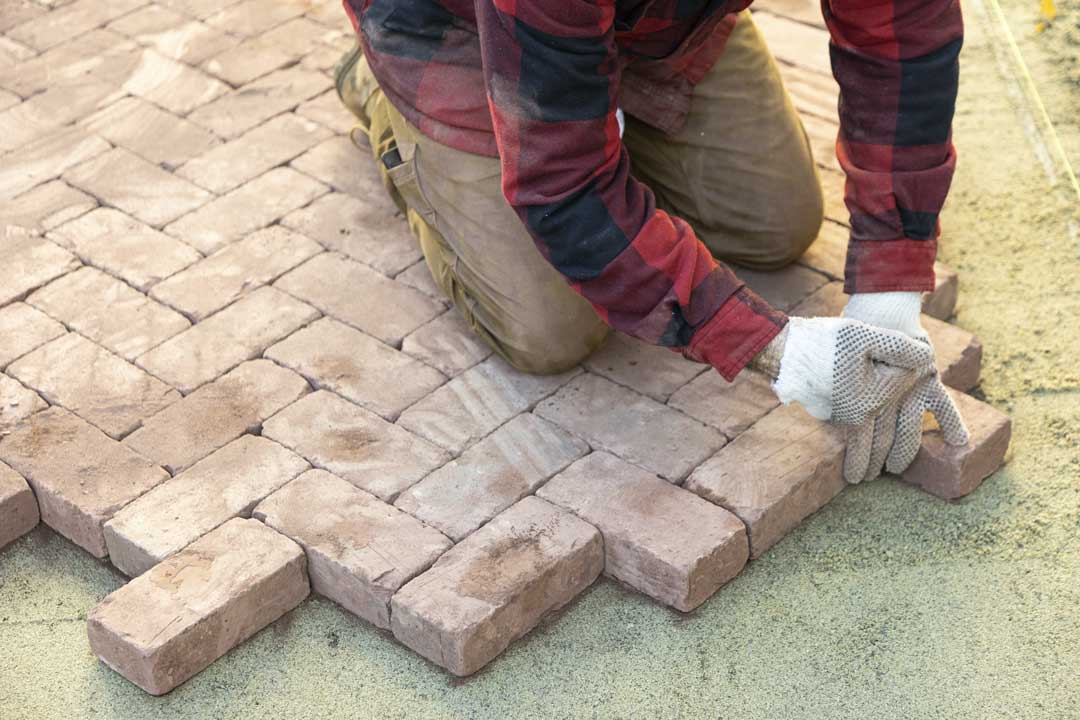 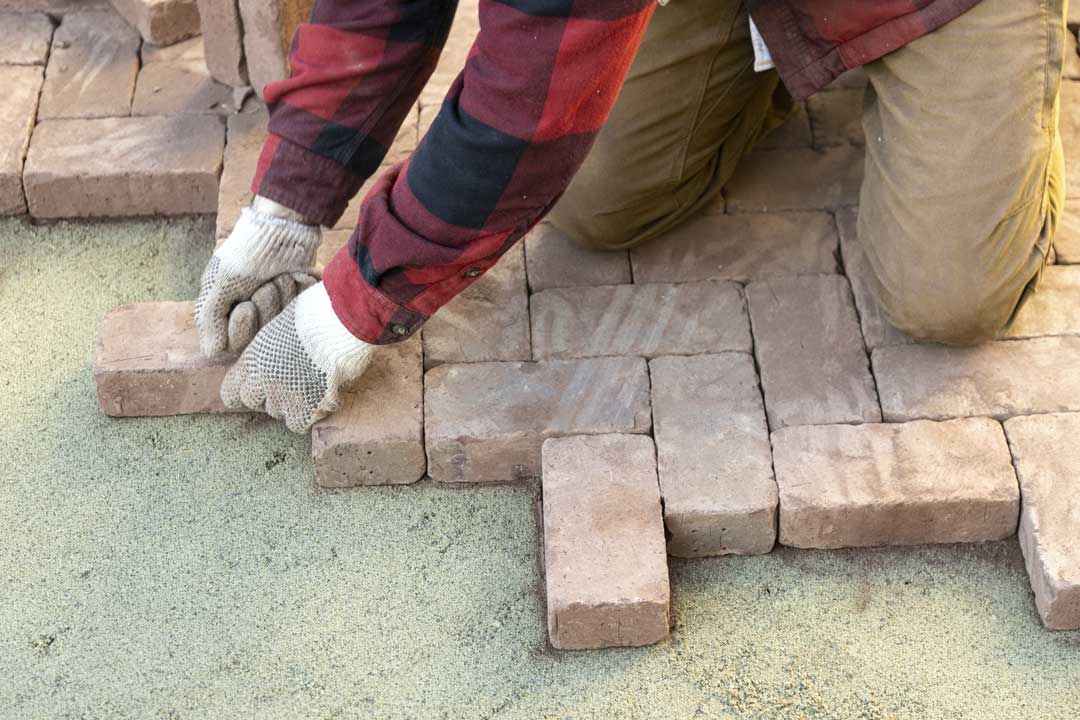 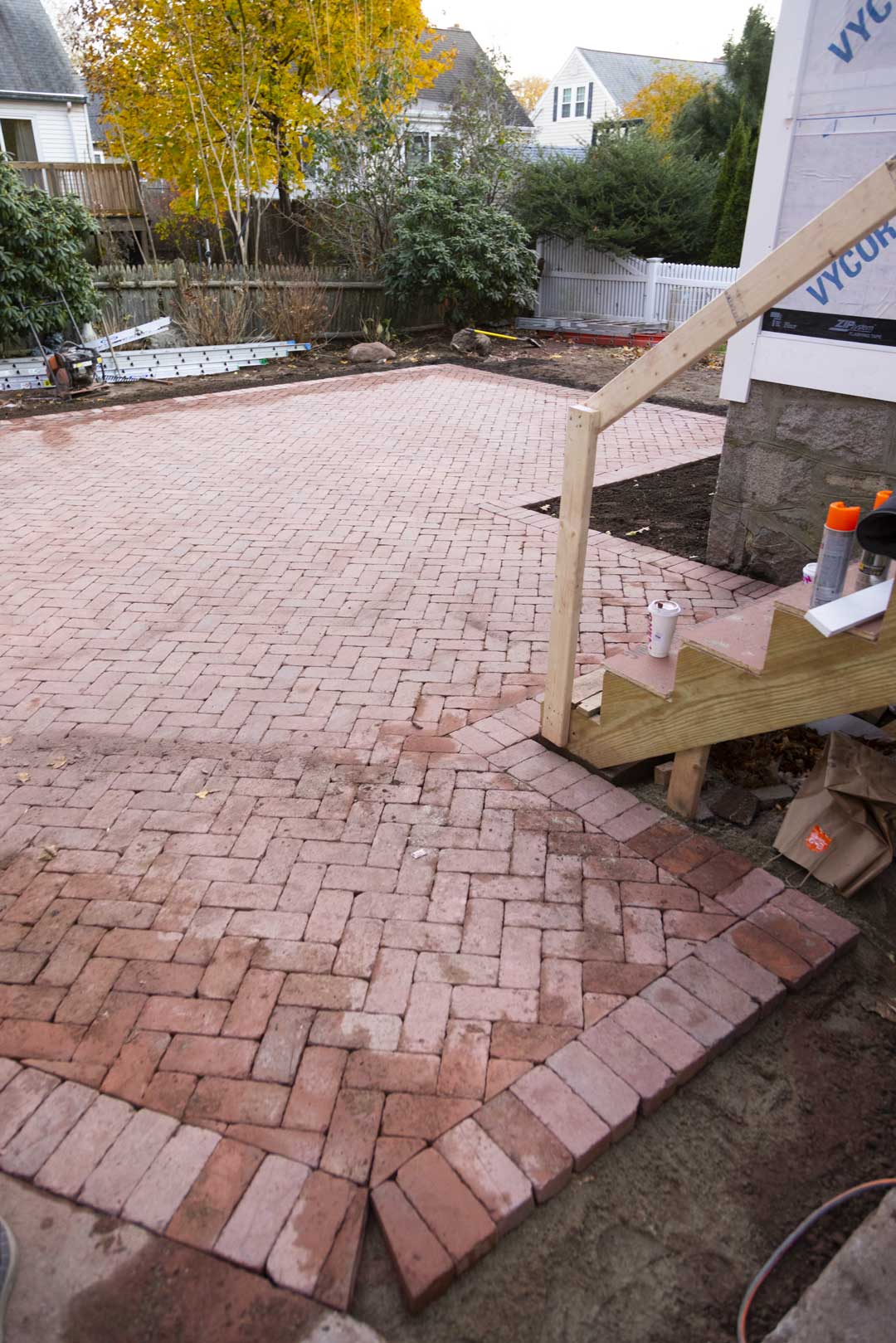 Nine years ago, Rubinoff and Marder bought their home, a single-family Victorian that was built in 1894 on former farmland. It was the first home built in a new subdivision and for much of its life, was a single-family dwelling.

Fifty years after it was built, the second floor was converted into living space for extended family. When it was converted back, the kitchen cabinets upstairs were taken downstairs but not reattached. The original pantry and wainscoting are worn out, the original windows need to be refurbished or replaced.

Rubinoff himself is an architect and he has drawn up plans to open the wall between the dining room and kitchen and to put in a master suite, a bathroom and a walk-in closet upstairs.

Of the three, the 45-degree angle, all enclosed by a sailor course, won out. The plan is to use more of the pavers for a matching walkway out front from the street to the front steps.

As the episode closed out, the last look was of workers sweeping sand into the joints of the new patio.

But that’s not all. Host Kevin O’Connor said at the end that the next episode will feature new front steps and a new walkway, which are made with the same   Rumbled Beale Street pavers that were used in the patio out back. 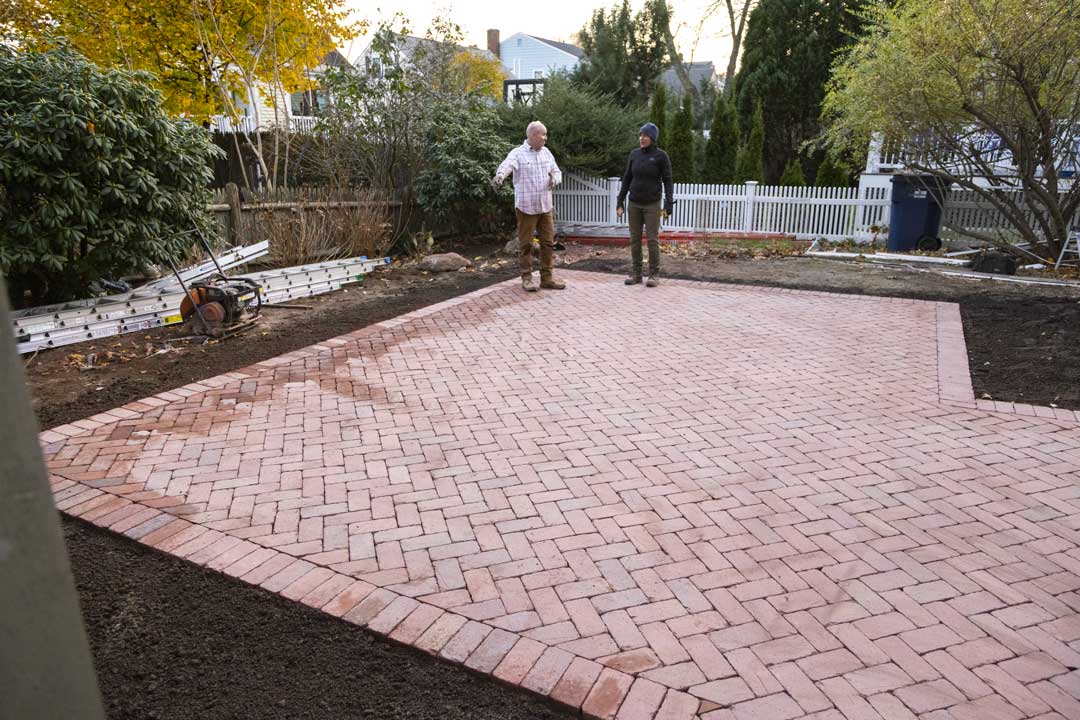