A “new standard” for Asheville’s pavers 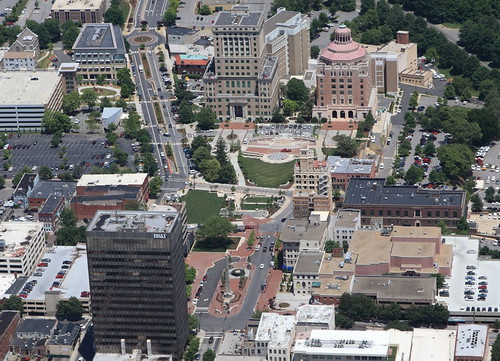 When designing a park, two factors are important: looks and money. Does it look good? Is it a good investment? When you’ve got both, so much the better.

Pack Square Park in Asheville, NC, is a six-and-a-half acre public park in the center of downtown Asheville, which uses Pine Hall Brick pavers as an integral part of the main plazas and sidewalks. In addition to the Roger McGuire Green in the front of City Hall and the County Building, the park has a large open green space on a slope overlooking the main stage, three water features and original, large-scale art by regional artists. After a decade of work, Pack Square Park has been getting noticed far beyond downtown Asheville.

Recently, the park was featured in Landscape Architect and Specifier News and was named a “Frontline Park” by the national urban park advocacy organization City Parks Alliance. Each month, City Parks Alliance recognizes two “Frontline Parks” to promote and highlight inspiring examples of urban park excellence, innovation and stewardship across the country. The program also seeks to highlight examples of the challenges facing our cities’ parks as a result of shrinking municipal budgets, land use pressures and urban neighborhood decay. 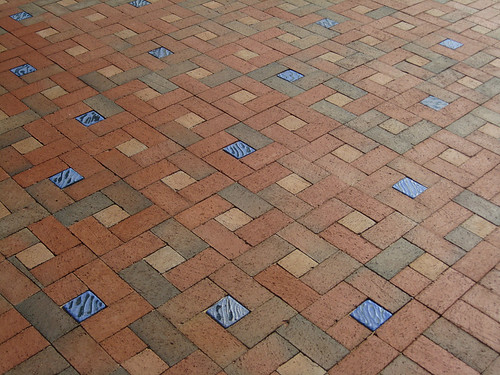 “We selected Pack Square Park for recognition because it exemplifies the power of public-private partnerships to create and maintain urban parks that make our cities sustainable and viable,” said Catherine Nagel, executive director of City Parks Alliance. “We hope that by shining the spotlight on this park we can raise awareness about both the necessity and the promise of these kinds of partnerships to spur investments in our nation’s urban parks.”

The money part of the equation came about when the Pack Square Park Conservancy, the public-private partnership that funded and built the park, commissioned a study to determine its economic impact.

Sims & Steele Consulting estimated the park’s development and ongoing tourism impact, from 2000 to 2012, at $23.2 million in total direct, indirect and induced sales, $9.2 million in total income impact and more than 300 jobs created or sustained.

These impacts produced nearly $1.9 million in sales tax revenues, including $374,592 allocated to the City of Asheville. Observers are also pointing to an decreased vacancy rate for businesses close to the park and double-digit increases in restaurant sales.
Rodney Porter, a landscape architect who works for the LaQuatra Bonci firm in Asheville, who oversaw the design for the park, said that specifying Pine Hall Brick pavers for the plazas and sidewalks were a good fit, given the historic nature of the surrounding buildings.

Porter said that a decade ago, a fountain downtown began to leak into an underground parking garage.  A citizen’s group came together to come up with ideas on what should be done about it. The first suggestion was to fill it in with cement, but the effort snowballed to ask a larger question: What if we extended this to all of downtown?

Those early meetings turned into the Pack Square Conservancy, a non-profit group with a volunteer board of directors and a mission. Before it was over, the conservancy and area governments came together with plans and the funds to implement them.  The consensus was for more open, green space downtown, a place for concerts and water features, which led to Splasheville, an unlikely but welcome beach in the middle of the North Carolina mountains. 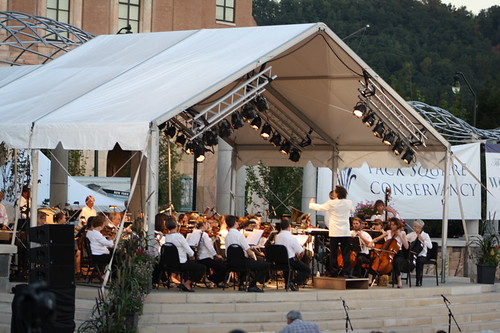 The park is now in its second summer season of concerts and other events. Ruth Planey, administrative coordinator of the Pack Square Park Conservancy, says that so far, 30 events are planned between June and Labor Day. 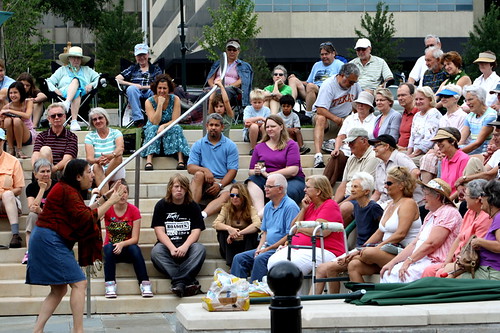